Mixed greens are tossed with fresh figs, pecan halves, and blue cheese then topped off with a sweet honey balsamic vinaigrette for the perfect fall salad. 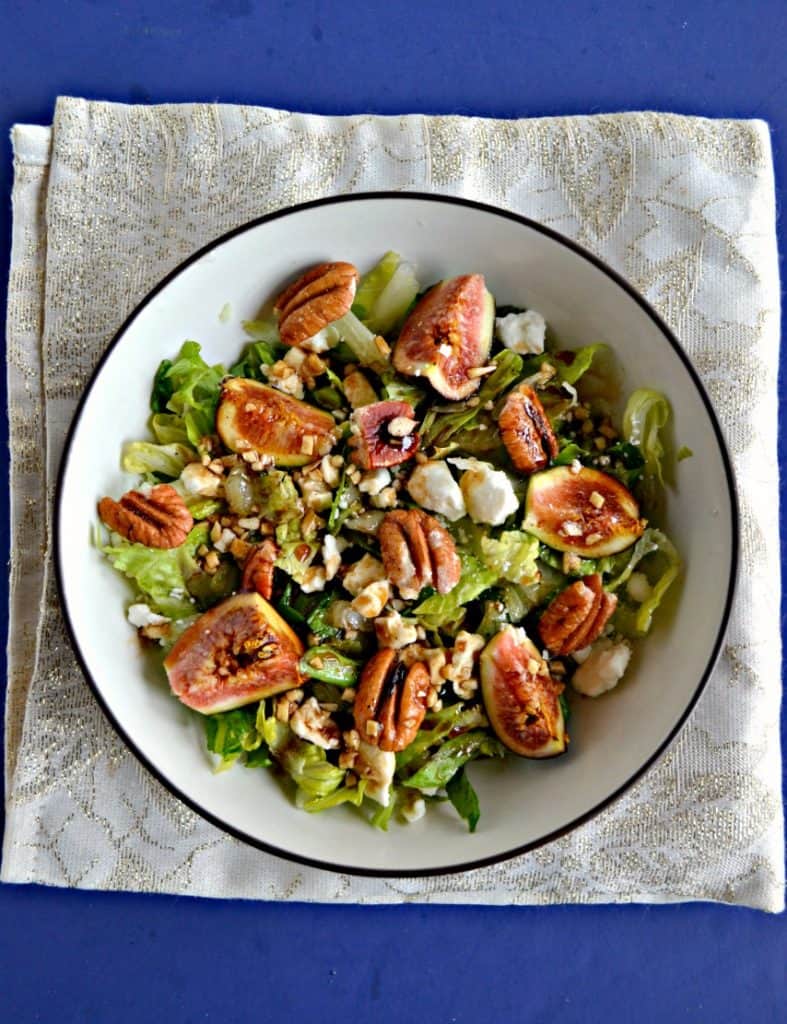 My local market rarely carries fresh figs so when i came across them the other day I was so excited!  I bought a package of 9 and was shocked to find that they cost me five dollars.  When did figs get so expensive?

This led me to thinking about my childhood.   My friend Beth and I would go to her house and pull fruit off a bush in her yard and I was pretty sure that they were figs.  I remember not liking them much and so I would eat one or two a year and that would be it.  I was fairly certain it was a fig bush but then thought maybe I was remembering wrong.

Beth lives in the same house so she still lives on the same street my parents do.  While they see her often I usually only message her a few times a year but I had to know if the bush was indeed a fig bush.  I wrote her and she wrote me back saying that the bush was there 25-30 years ago and it was indeed a fig tree that her dad took with them from their house in Ohio to their new house in Pennsylvania when they moved.   Crazy the things we remember! 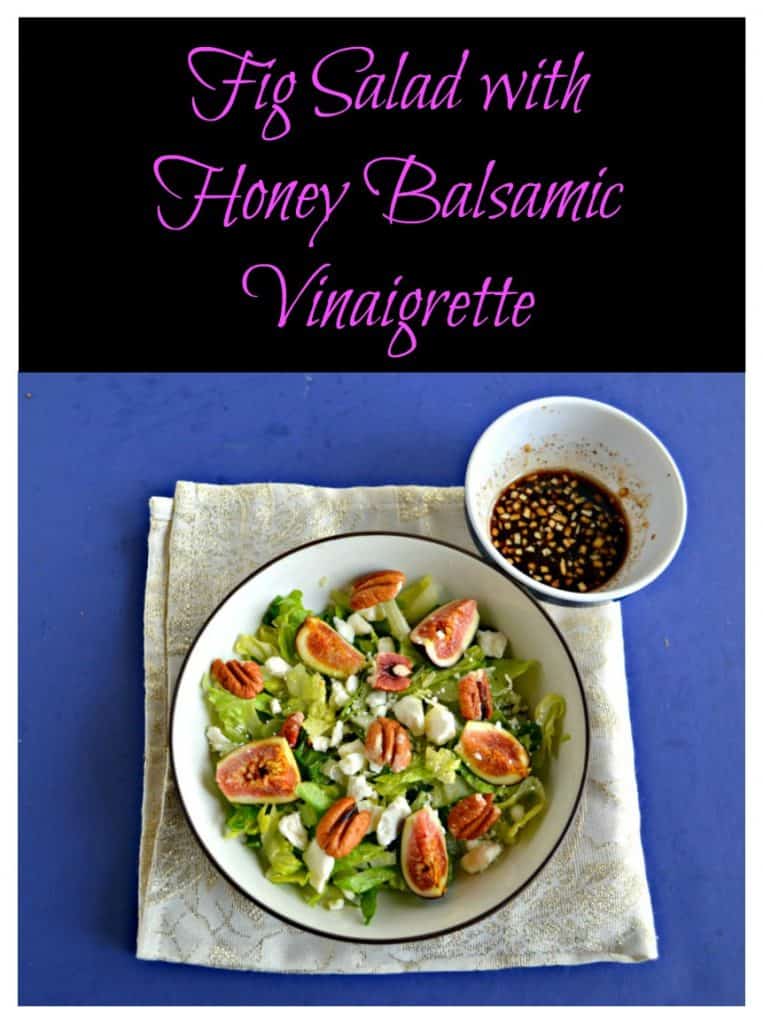 So all that to say I had access to free figs and never wanted them and now here I am dying for some fresh figs and they are costing me five dollars for nine.  What a crazy world we live it.

I brought the figs home but had no idea what I was going to do with them.  They only last 3-5 days so I knew I needed to find a way to use them and quickly.  I had some mixed greens in the refrigerator so I whipped up a quick fall salad.

Into the salad went quartered fresh figs, pecan halves, blue cheese, and the mixed greens.  it was a simple but really pretty salad.   I wanted to make a homemade dressing as well and thought that a honey balsamic vinaigrette would be perfect.

The sweet figs with the funky cheese and crunchy pecans pair so well with the sweet and tangy vinaigrette.  This would be a great salad served at Thanksgiving dinner or at a dinner party or just as something different on the dinner table. 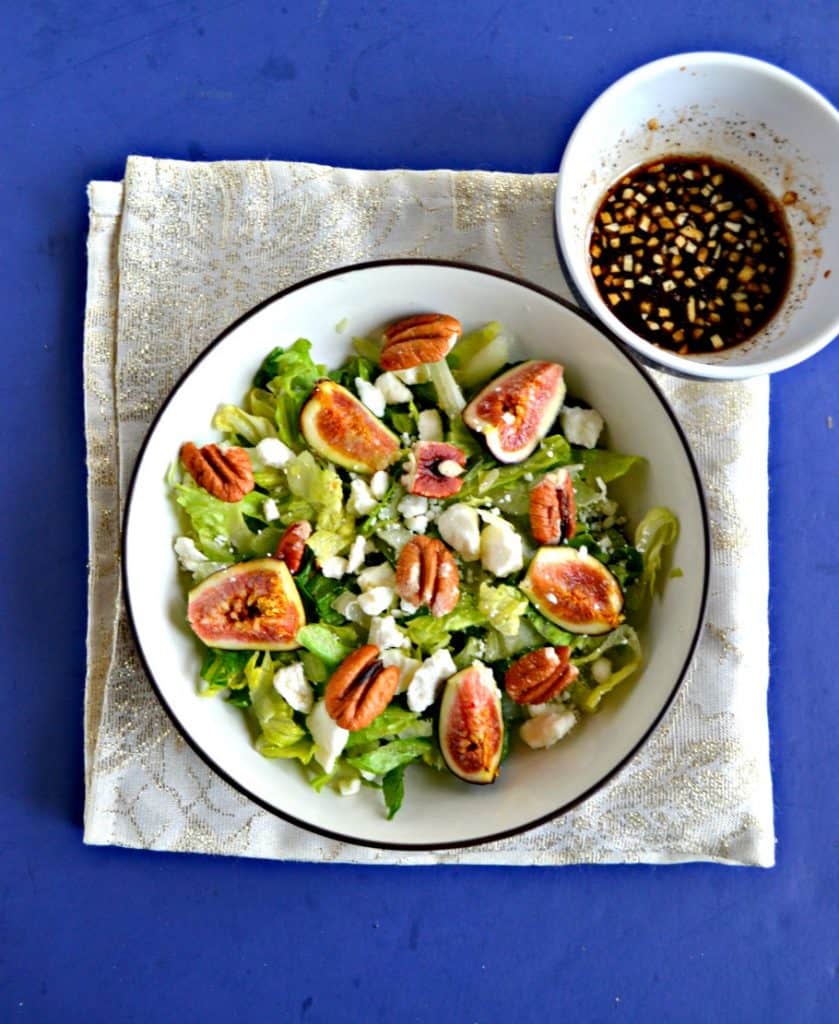 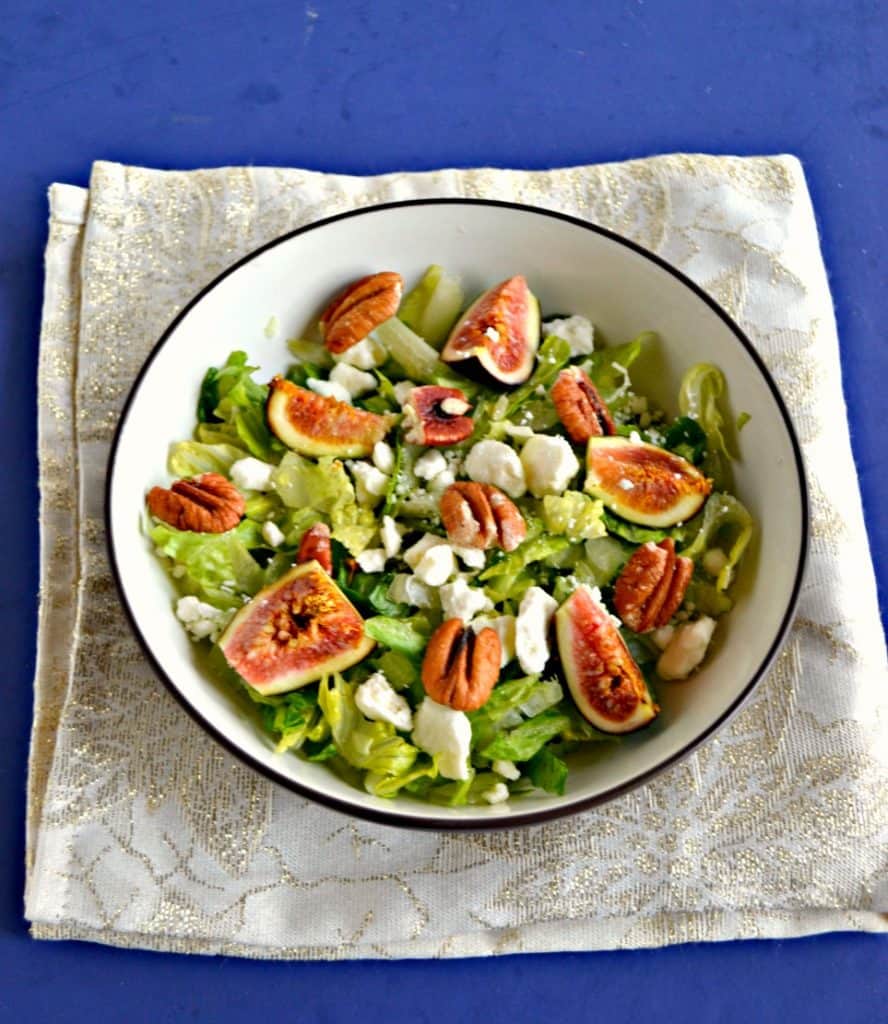