Home » All About Flour

It's time again for another Secret Recipe Club reveal.  This month I was given the blog The Bad Girl's Kitchen. There are a lot of contributors to this blog so there were so many delicious recipes I wanted to try.  A few I have bookmarked for later are Blueberry Butter, Molten Chocolate Cakes, and Thai Style Chicken.

After searching her blog, which is really neat because it's maintained by many different women who come to share their recipes, I found one for tortillas.  I was psyched about this because tortillas are on my 32 while 32 list and I only have 2 more weeks to work on it and this is one I haven't gotten to yet! 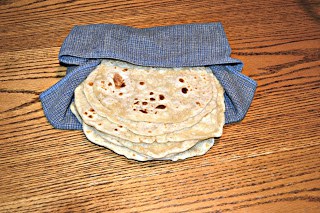 The tortillas were surprisingly easy to make.  There is no rising time, only a 20 minute rest period before cooking the tortillas.  The recipe sounded so simple I was afraid of what the resulting tortillas would taste like.  They looked great and they were way better than store bought tortillas!  Of course they are!  (This is said in my head in the voice of one of my students from ESY, extended school year for special education students).

While I'm on the subject of ESY I'd like you all to know that yes, I AM working this summer.  As a teacher I could have the summer off but this year I decided to teach 5 weeks of ESY with some of my students.  The schedule is nice and we only work Monday-Thursday so it really isn't too bad.  There are also several reasons why I like working ESY.  1.  It gets me up and moving in the mornings.  2.  I get home around 1:15 and get a lot more done then I would if I wasn't working.  3.  I love the kids.  Seriously I do.  They may drive me crazy sometimes but at the end of the day they have me smiling and happy to be a special ed teacher. 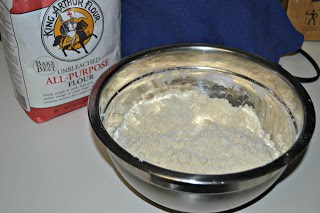 Back to the tortillas.  I made them with King Arthur's all purpose flour which made fabulous flour tortillas.  They were supposed to be made on the griddle but I made them in a skillet instead.  They still turned out fine.  It's important to keep an eye on them because if you cook them too long they become hard and don't roll well.  I used them for wrapping Korean Style Beef Tacos and it worked really well.  They stood up to the Asian slaw on the tacos and held firm but were soft enough to roll.  After trying these I'm not sure I can go back to store bought tortillas!

2.  Measure the warm water in a measuring cup and dissolve the salt in the water.

3.  Add the water, a little at a time, mixing in between each addition.  Once all of the water has been added knead the dough for 4-5 minutes or until smooth.

4.  Divide the dough into 10 equal portions.  Roll each portion into a smooth ball.   Place on a greased baking sheet and cover with plastic wrap.  Allow to rest for at least 20 minutes or up to 2 hours.

5.  When you are ready to make the tortillas flatten the dough balls on a lightly floured surface.  Roll the dough out using a rolling pin, forming a circle.  You can roll it anywhere from a 6 inch circle to a 12 inch circle.  Repeat with remaining dough balls.

6.  Spray a 12 inch skillet with non-stick cooking spray.  Carefully lay a tortilla in the skillet.  Heat for about 1 minute then flip and heat for an additional minute.  The tortilla should get light brown spots on it.  Do not over cook the tortillas as they will become hard and will not roll well.

7.  Remove the tortilla from the pan and stack inside a dishcloth.  Repeat with remaining tortillas. 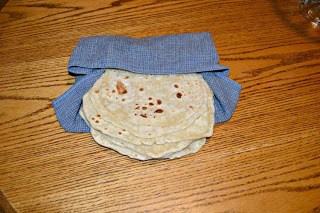 Note:  If not using the tortillas right away, stack the tortillas with paper towels in between each one and then place in a zip top plastic bag.  Tortillas will keep 2-3 days.  Before using simply heat in the microwave for 10-15 seconds to soften them up. 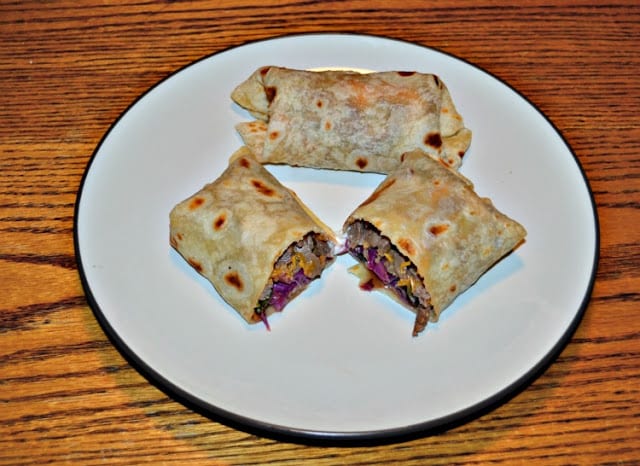