2 shares
When a television celebrity becomes suspect in the murder of her ex-fiancé, sister sleuths Kathy and Tina rally to support their family friend. Soon they end up in trouble.  Will family ties be strong enough to protect a suspected murderer? 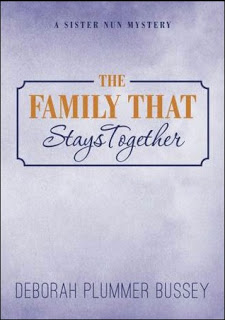 Critical Acclaim for the Sister Nun series:
Midwest Book Review says, “‘They Still Call Me Sister’ is a strongly recommended pick for mystery fans looking for something that should prove hard to put down.”
Cozy Mystery Book Reviews raves, “The mystery completely won me over as soon as I started reading it. DeborahPlummer Bussey has written a great character-driven whodunit. Between Kathy and her outrageous sister, Tina, I was hooked, and I couldn’t put this down as I waited to see if they would solve this mystery.”
Kirkus Reviews believes Deborah Plummer Bussey “may even break open a new genre of a mystery with psycho- social themes. "
About the Author:  Deborah Plummer Bussey 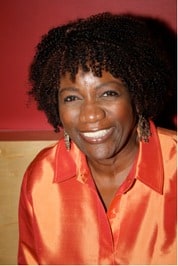 One of Deborah Plummer Bussey’s favorite childhood memories is visiting the local library where she first immersed herself into the world of books, but she never thought that one day she would become a writer.  She is now releasing her third book in summer 2013.
Bussey lived in Cleveland, Ohio, until she was recruited to the University of Massachusetts Medical School in New England. She holds a Master of Education degree in community consultation and a doctorate in psychology.  She is a psychologist and human resources
professional with expertise in diversity management and organizational development.
After a lengthy career as an academic, she discovered a passion for writing. Bussey’s nonfiction self-help book, “Racing Across the Lines: Changing Race Relationships Through Friendships,” released by Pilgrim Press received the publishing company’s Mayflower Award for Best Publication in the church and state category. She is also the editor of the “Handbook of Diversity Management: Beyond Awareness to Competency Based Learning” from University Press of America.
Having spent more than a dozen years of her life as a nun, Bussey is the creator of the Sister Nun mystery series. Half Dozen Publications released her debut novel, “They Still Call Me Sister,” in December 2011.  Her newest book, “The Family That Stays Together,” is due out in June 2013.  Bussey lives in Westborough, Mass., where she is a regular blogger for The Huffington Post.