Light and fluffy vanilla cupcakes studded with sprinkles then topped off with vanilla buttercream frosting and more sprinkles make these the perfect Funfetti Cupcakes.

I haven't baked in about a week and I was itching to get into the kitchen.  After speaking to my husband I decided to make cupcakes.  My problem was I had no idea what type of cupcakes to make.  I have about 50 recipes on my blog but I wanted something new and different.

I went on Pinterest and was looking through photos when I came across Funfetti Cupcakes.   I happen to have an addiction to sprinkles and have a cupboard full of half full sprinkle jars.   I thought making these cupcakes would be the perfect excuse to use up some of my extra sprinkles. 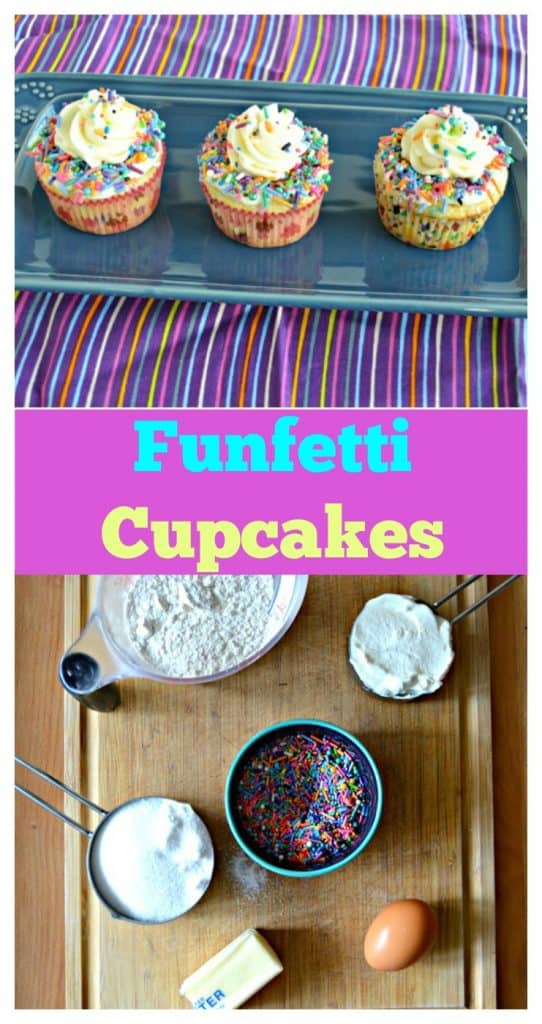 I looked on my blog and was shocked to find that I've never made Funfetti Cupcakes from scratch.  I have several Funfetti cookie recipes, a Funfetti cake bite recipe, Funfetti donuts, and even Funfetti ice cream but not a single Funfetti cupcake recipe so I was immediately sold on the idea.

I went to the pantry and grabbed several bags of sprinkles.  Then I combined them in a medium sized bowl and shook it.  While there were plenty of colors in there they looked a little dull so I added in a few neon sprinkles which ended up brightening up the whole bunch.

The cupcakes were a little different from my traditional cupcake recipe.  There wasn't much butter in them but instead there was a lot of sour cream.  The sugar to flour ratio was almost the same.  I was concerned that the cupcakes might be too light and fluffy. 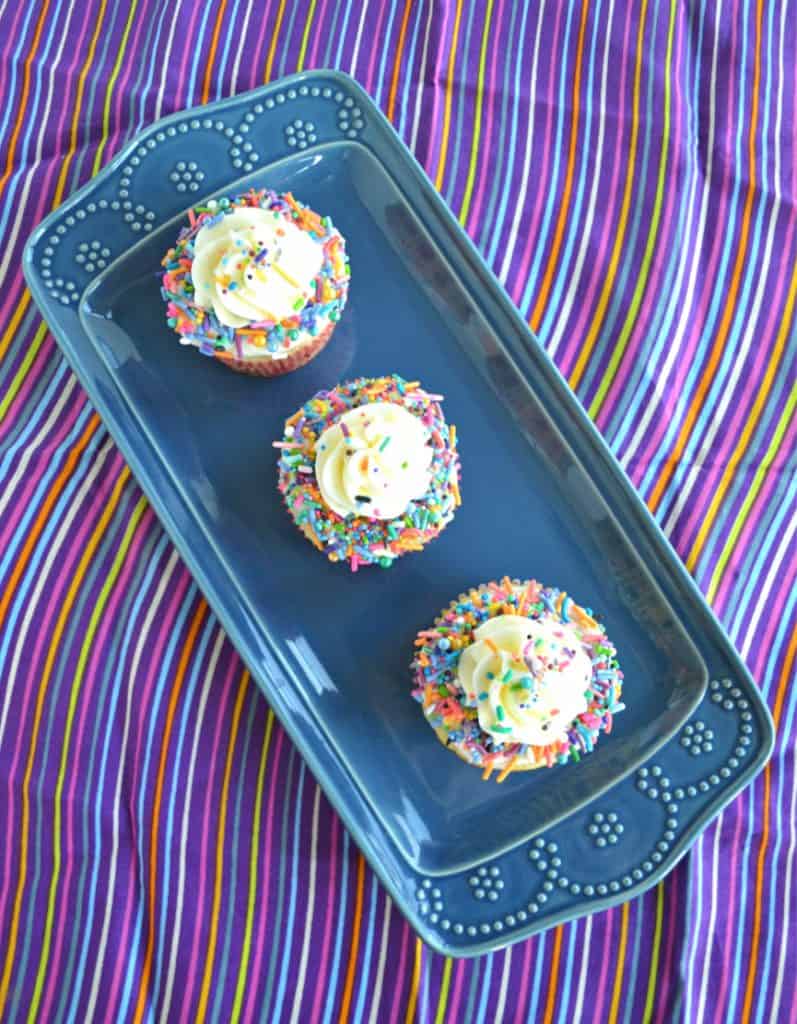 I whipped up a batch and put them in the oven.  When I pulled them out I removed them from the pan and they were really light.  In hindsight I would have waited about 15 minutes before removing them from the pan to cool on the wire rack.

However, the texture actually improved as they cooled.  While they still tasted light and fluffy they were more solid then I first thought.  The consistency was fine and the flavor was spot on.  There was plenty of vanilla and lots of sprinkles!

These would be a really fun cupcake to make for a birthday party or a holiday gathering.   You could switch it up for different holidays but only using the colors of that holiday like red and green for Christmas or orange and black for Halloween.