This shop has been compensated by Collective Bias, Inc. and its advertiser. All opinions are mine alone. #VeggieSummerGrilling #CollectiveBias

With summer in full swing our grill is working overtime.  Either my husband or I are outside grilling three or four times a week.  Summer grilling is one of my favorite things because it makes healthier food, it's easier clean up, and it doesn't heat up the kitchen. 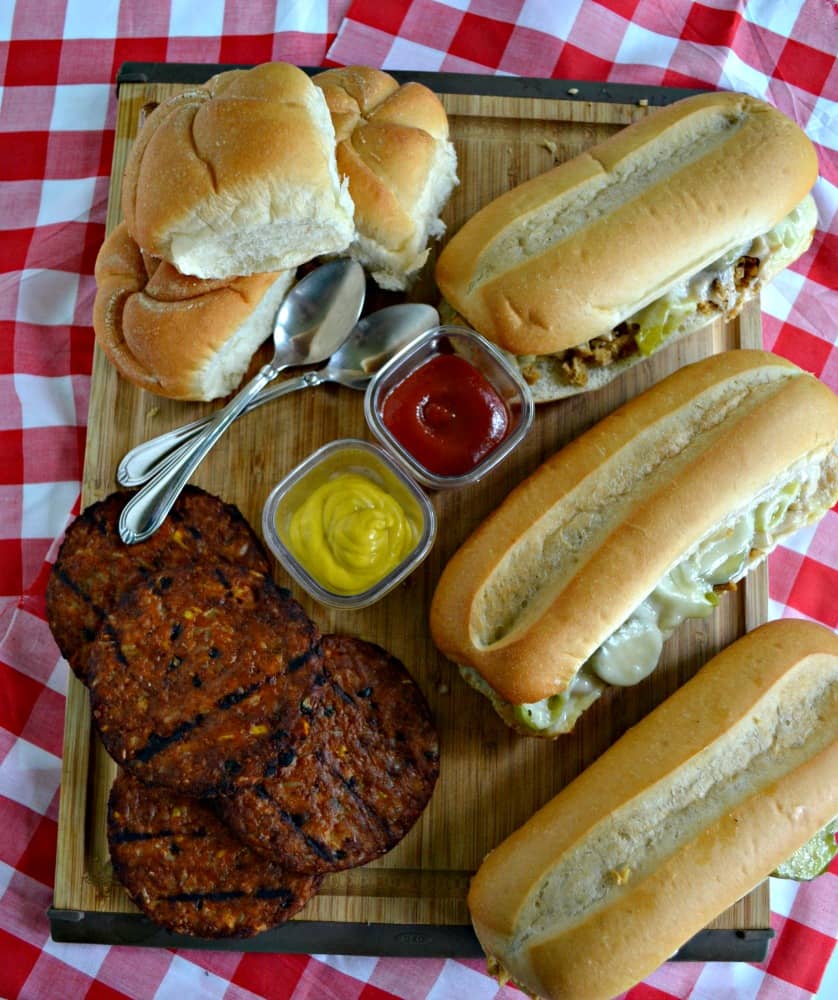 We generally cook at home 5-6 nights a week.   We try to eat vegetarian at least once if not twice a week.  I'm always on the lookout for vegetarian products that taste great and appeal to both vegetarians and meat lovers.   One of my favorite products to put on the grill is MorningStar Farms® Spicy Black Bean Burgers.   Did you know that MorningStar Farms® Spicy Black Bean Burgers are America's #1 Veggie Burger?  They are that good! 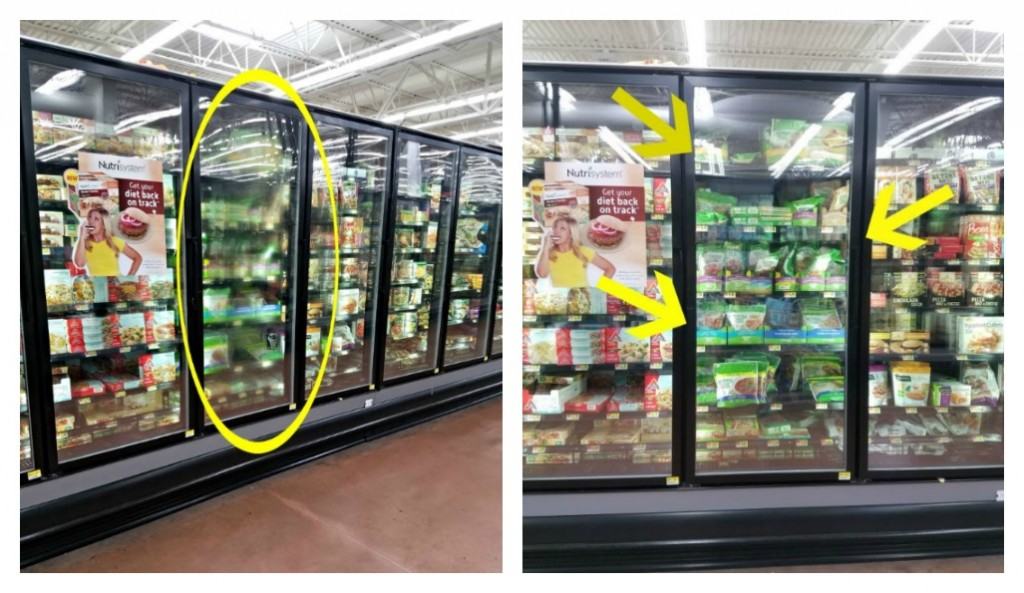 I recently went to Walmart to grab a box of the Spicy Black Bean Burgers to put on the grill.  While I was there I saw a new product.    I found MorningStar Farms® Veggie Pulled Pork in the freezer case along side the black bean burgers and decided I had to try it.   There are so many things I do with pulled pork and a vegetarian option sounded awesome.

One thing I love about grilling MorningStar Farms® products is that they cook to temperature quickly so I don't have to spend a ton of time at the grill.  Instead I can spend that time enjoying a delicious meal outside with my family.  It's fun to eat outside on the porch with my family in the summertime.

I quickly decided that I wanted to make Vegetarian Pulled Pork Cuban Sandwiches on the grill along side some of the Spicy Black Bean Burgers.  I put the pulled pork in the microwave and cooked it until it was heated through.  Then I put it on a hoagie roll and topped it off with Cuban seasonings, pickles, pepperoncinis, and Swiss cheese.   The smell alone had me drooling. 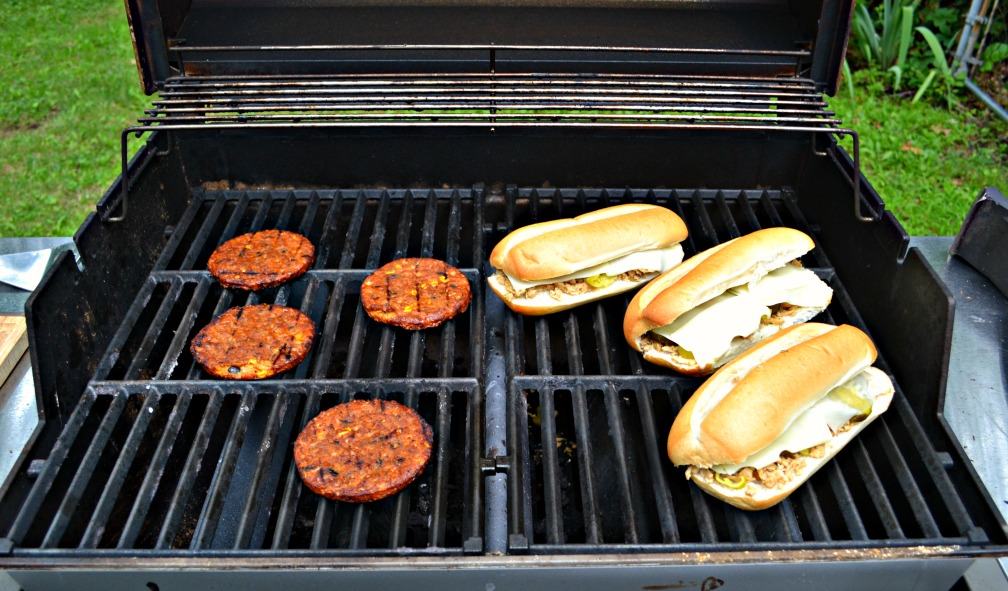 Then I fired up our grill and put the Spicy Black Bean Burgers on one side and the Vegetarian Pulled Pork Cuban Sandwiches on the other side.  I cooked them for about 10 minutes and everything looked great.   The burgers had grill marks on them and were cooked through while the hoagie rolls were slightly crisp on the outside and the cheese was melted goodness on the inside.

I piled everything up on a cutting board and served it with ketchup and mustard.  We had plenty of food which was great because we had a few friends over.   Both the burgers and the Cuban Sandwiches were devoured. 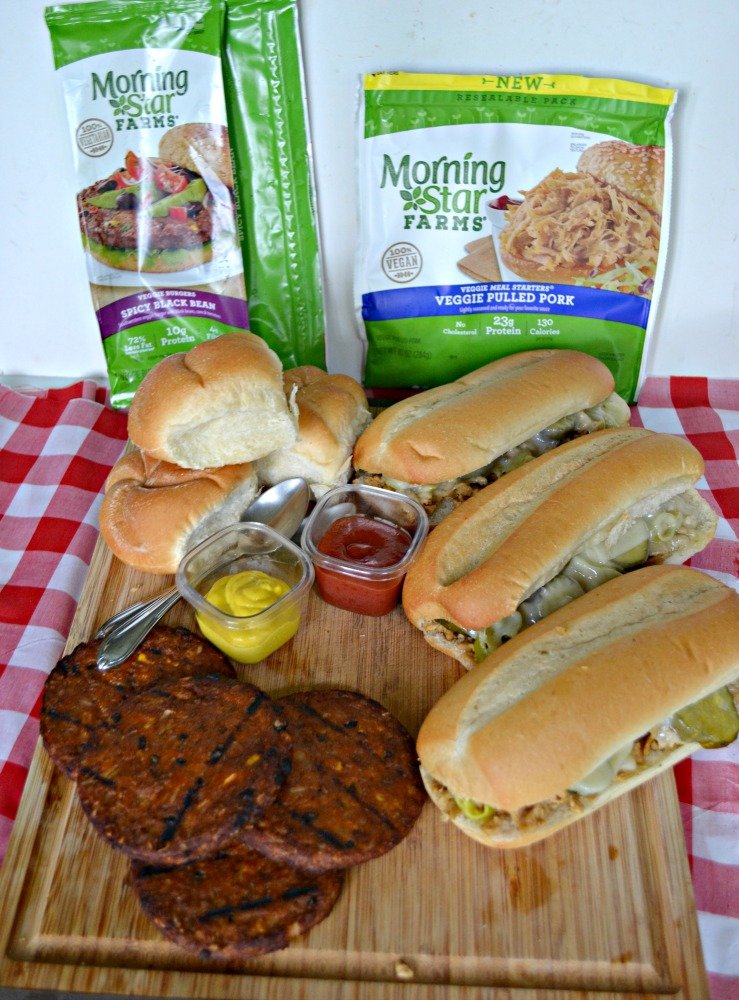 Ready to shop for delicious MorningStar Farms® products? Hover over the photo to click through to Walmart.com and purchase them!

I thought that the burgers had a great flavor.  They were a little bit spicy, a little bit smokey, and tasted great on a bun or on their own.  The Vegetarian Pulled Pork Sandwiches were incredible.  They had a ton of flavor from the lime juice and seasonings plus the MorningStar Farms® Veggie Pulled Pork had a firm texture and the pepperoncinis added a nice bite.  The Swiss cheese held everything together and it was a winning grilled sandwich recipe. 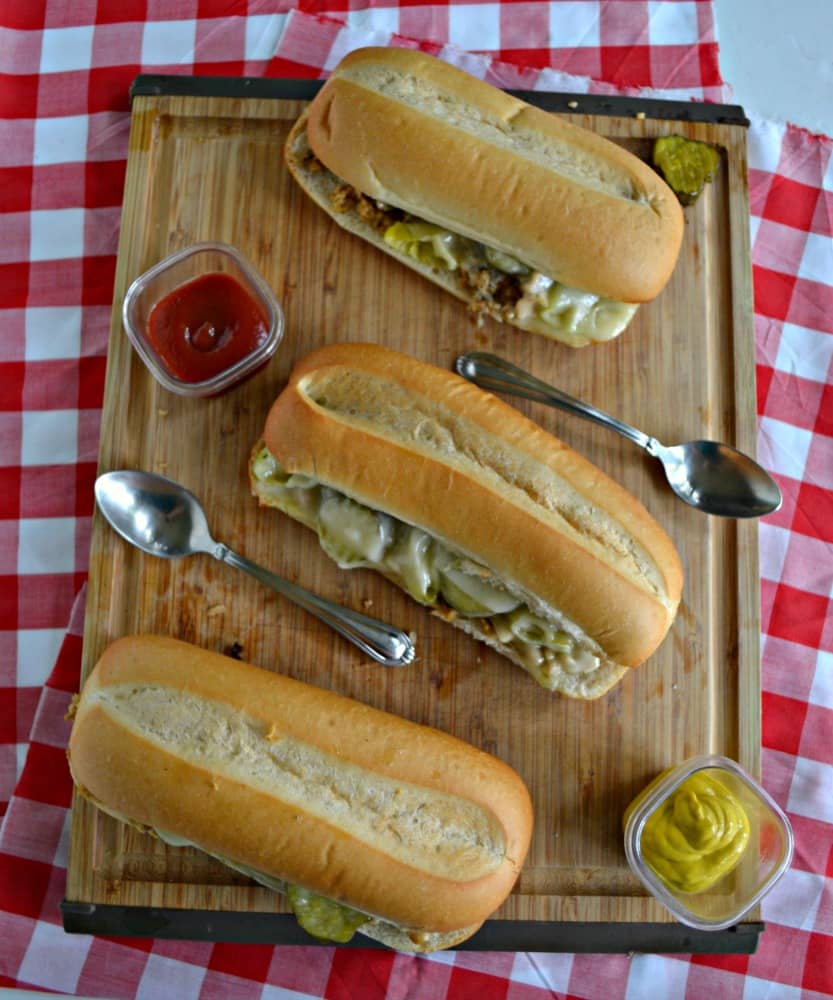