Don't have jerk seasoning on hand?  Make your own spicy Jamaican Jerk Seasoning with spices that are already in your pantry. 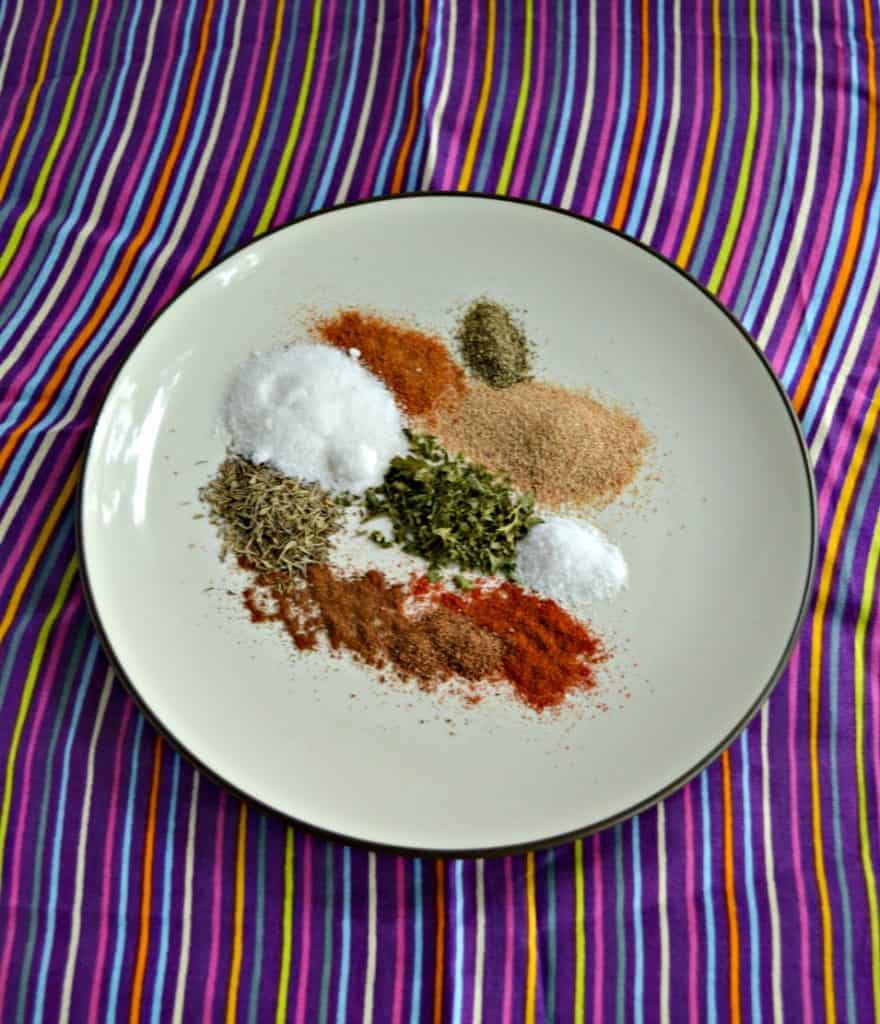 I have a few recipes that call for Jamaican Jerk Seasoning but I make them so infrequently that it isn't something I keep on hand.  I could easily keep a jar of it in my spice cupboard but I've tried to clean it out and really only keep the spices I need.  So whenever I need jerk seasoning I simply mix up a batch of my own.   This batch makes close to ¼ cup of the seasoning so it's usually good for two recipes.   You can store this seasoning in an air tight container for up to 1 year.

So what do you put in homemade Jamaican jerk seasoning?  That's a great question.  I've looked up several recipes and while some of the ingredients stay the same there are definitely some differences in them.  Plus, I like to find a recipe where I already have all of the ingredients so I don't have to go buy anything extra.

Jerk seasoning is native to Jamaica and it's usually made with a spicy rub or marinade.  From what I've found it usually contains allspice and some type of pepper for sure and then it's a combination of brown sugar, salt, cinnamon, and other spices.  It's hard to pinpoint an exact recipe because there are so many different variations. 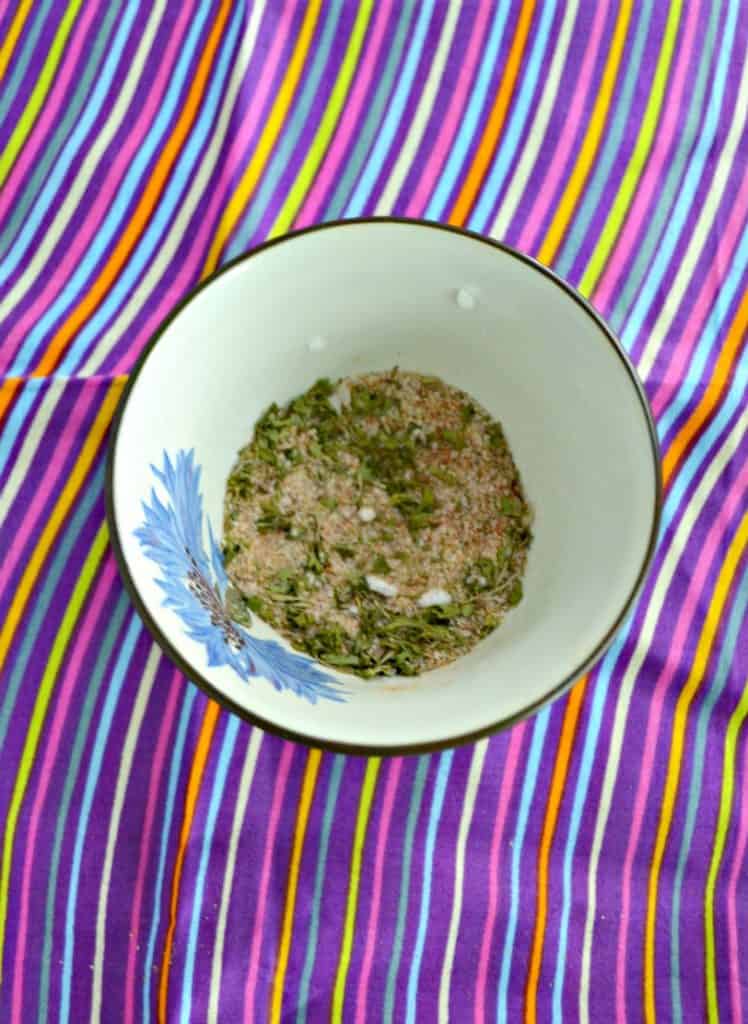 I didn't have allspice in the cupboard but since people say it tastes of cinnamon, nutmeg, and black pepper I started with those spices.   Then I added in plenty of garlic powder because you can never have too much garlic.   Next I added cayenne to give it the heat and brown sugar for a bit of sweetness.  The other ingredients I used were onion powder, thyme, parsley, salt, and paprika.  At the end of the day is was a sweet and spicy rub that smelled amazing. 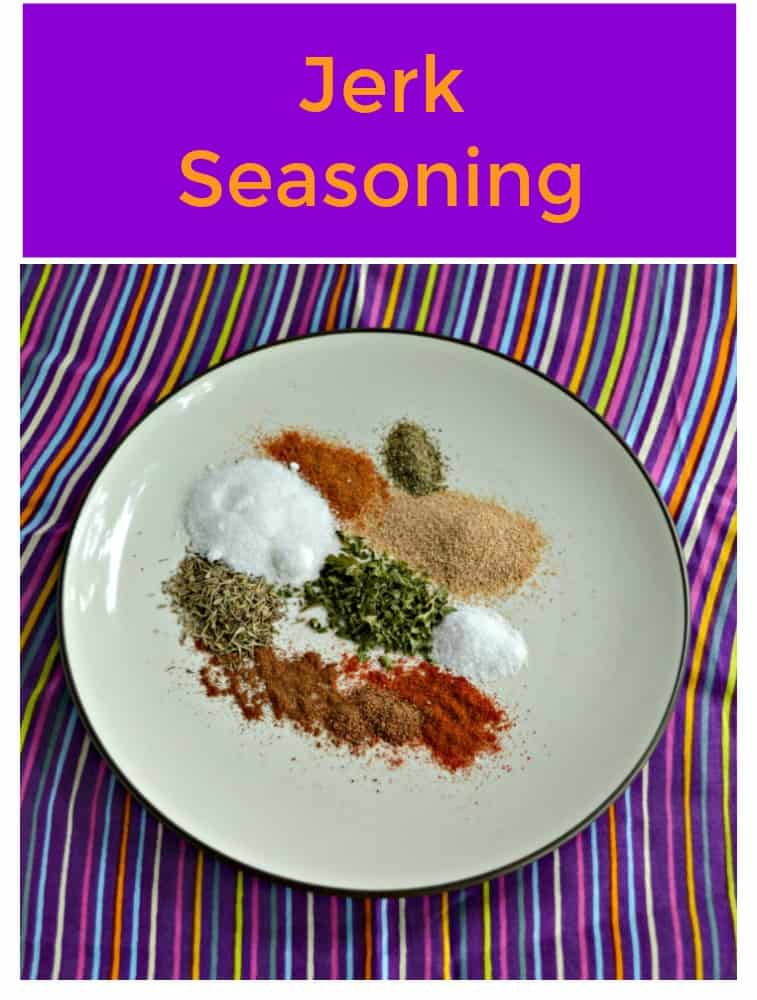 I used it on chicken but it's great on shrimp, pork, or even fish.  I know people sprinkle it on vegetables to give them a little heat.  However you use it, simple make a batch of this jerk seasoning and store it in an air tight container for a burst of flavor from the Caribbean any time you want! 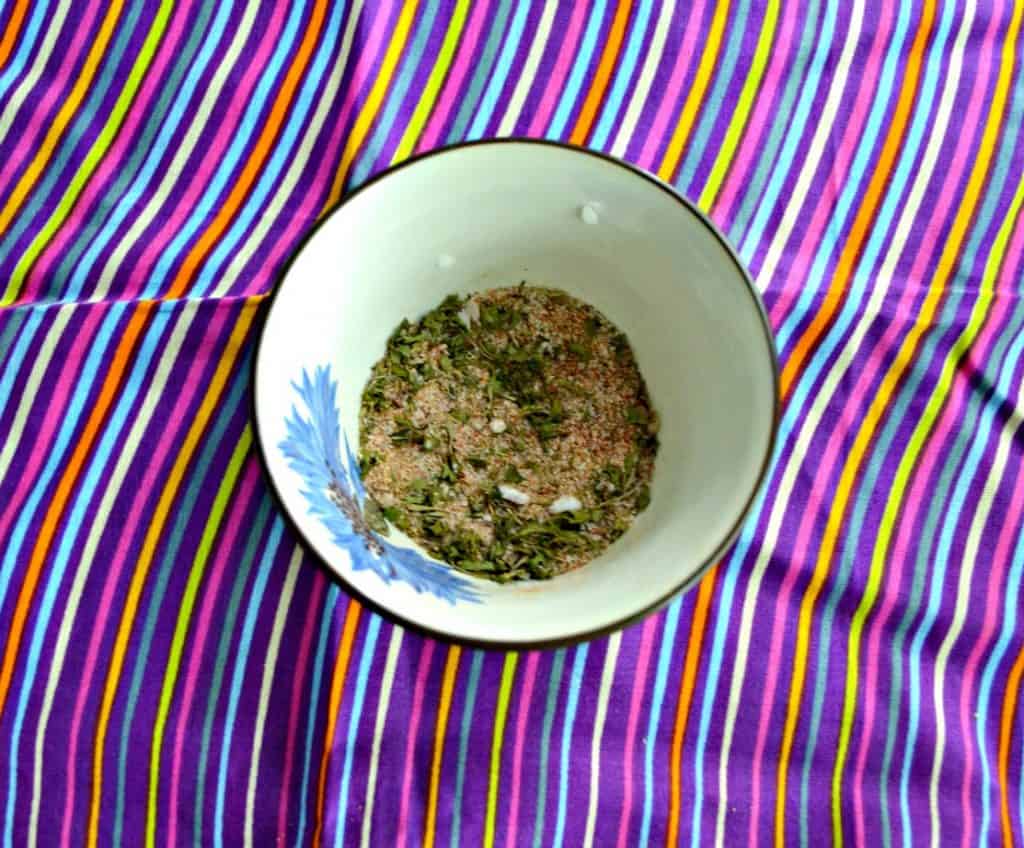