Well the rhubarb thief has struck again!  My friend Leslie gives me rhubarb every year because they don't sell it in stores here but every year someone has been taking her rhubarb.  She has a fenced in backyard and someone goes in while she's at work and takes it all!  I can't even believe someone has the guts to do that but they've been doing it for several years now. 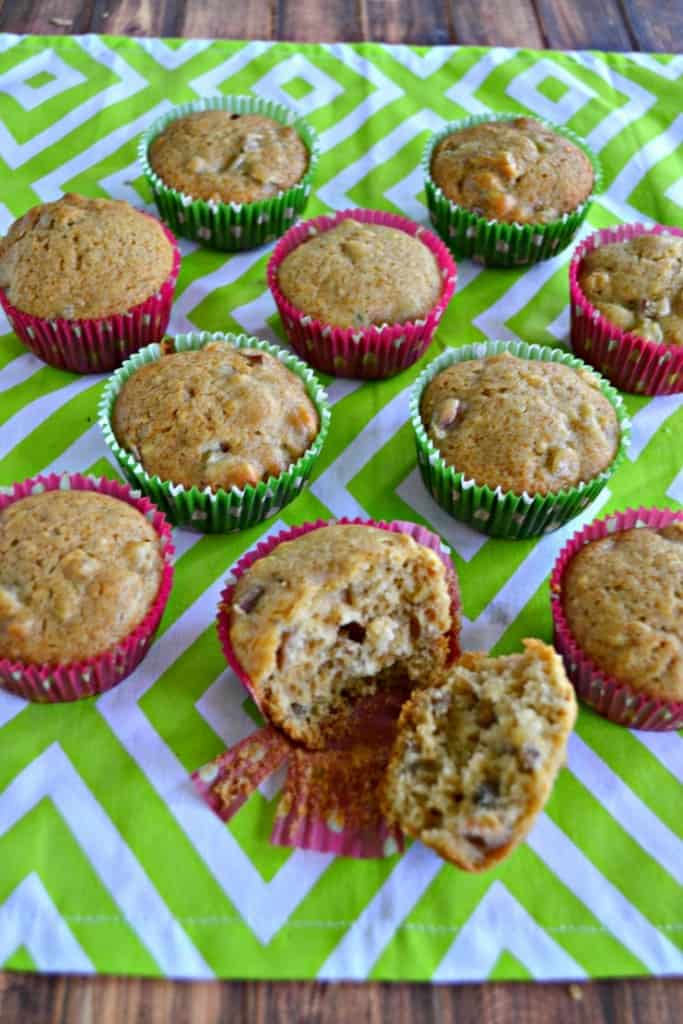 Apparently there was enough left for me to get some which I'm grateful for.  I love making treats with fresh rhubarb.  This tart fruit is the perfect balance for sweet baked goods and sugary fruits.   It's often paired with strawberries for a sweet and tart combination.  I've also used it with blueberries and lemon which was tasty as well. 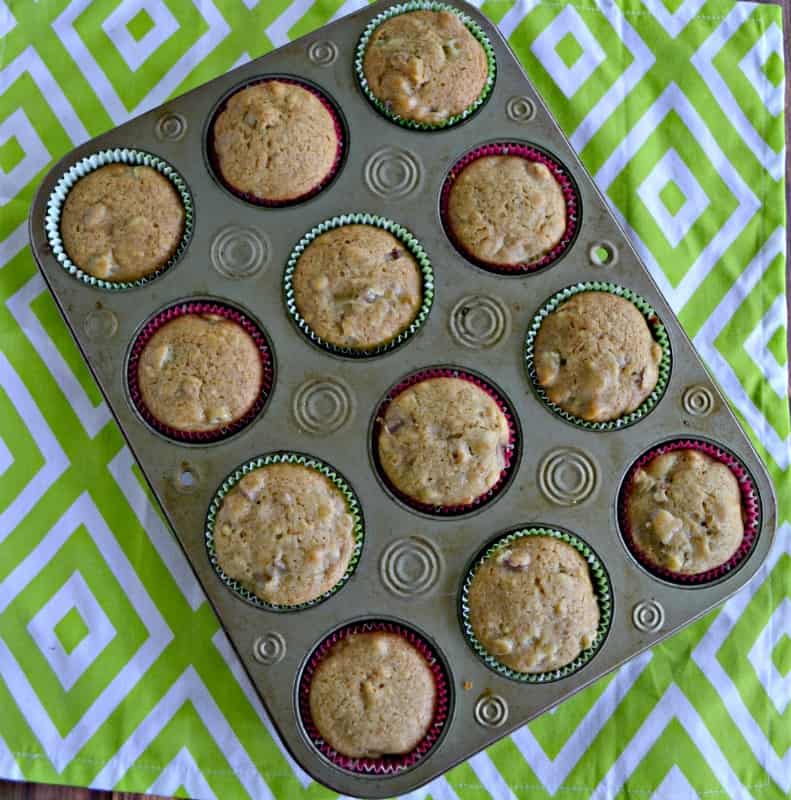 This time around I made muffins with the rhubarb because I didn't have any other fruit in the house.  I thought that because honey is so sweet it would go perfectly with the tart rhubarb.  I also used brown sugar instead of white sugar because it has more depth of flavor and is sweeter as well.

I was a little worried that the rhubarb wouldn't cook all the way through in these muffins.  I usually saute or cook the rhubarb before using it in pies and other baked goods but this time I chopped it up and put it in the batter.  Then I put in chopped walnuts to give the muffins some crunch. 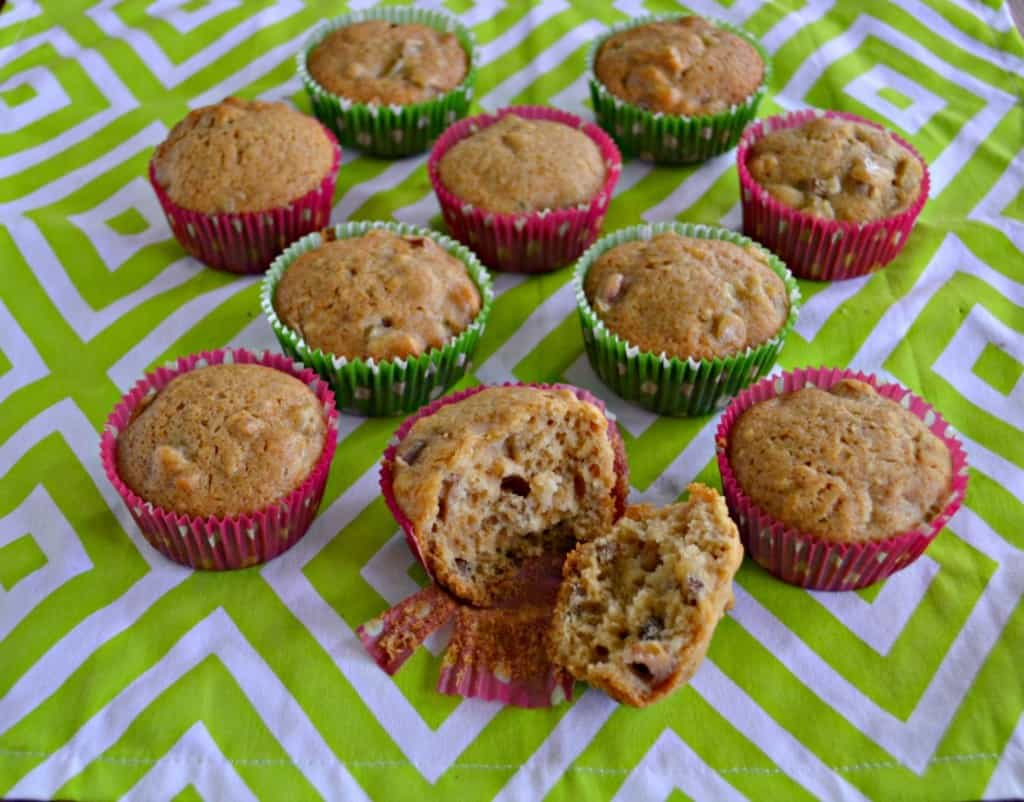 The muffins were really tasty!   The sweetness from the honey and brown sugar played nicely with the tart rhubarb.   The walnuts gave it a good texture and the whole thing was delicious.  I also liked that these muffins peeled right off the cupcake liner which doesn't always happen.

These muffins would be great with a cup of coffee for breakfast or even after dinner for dessert.  I like that they are portable so I can take them with me as a snack while I'm on the run run as well. 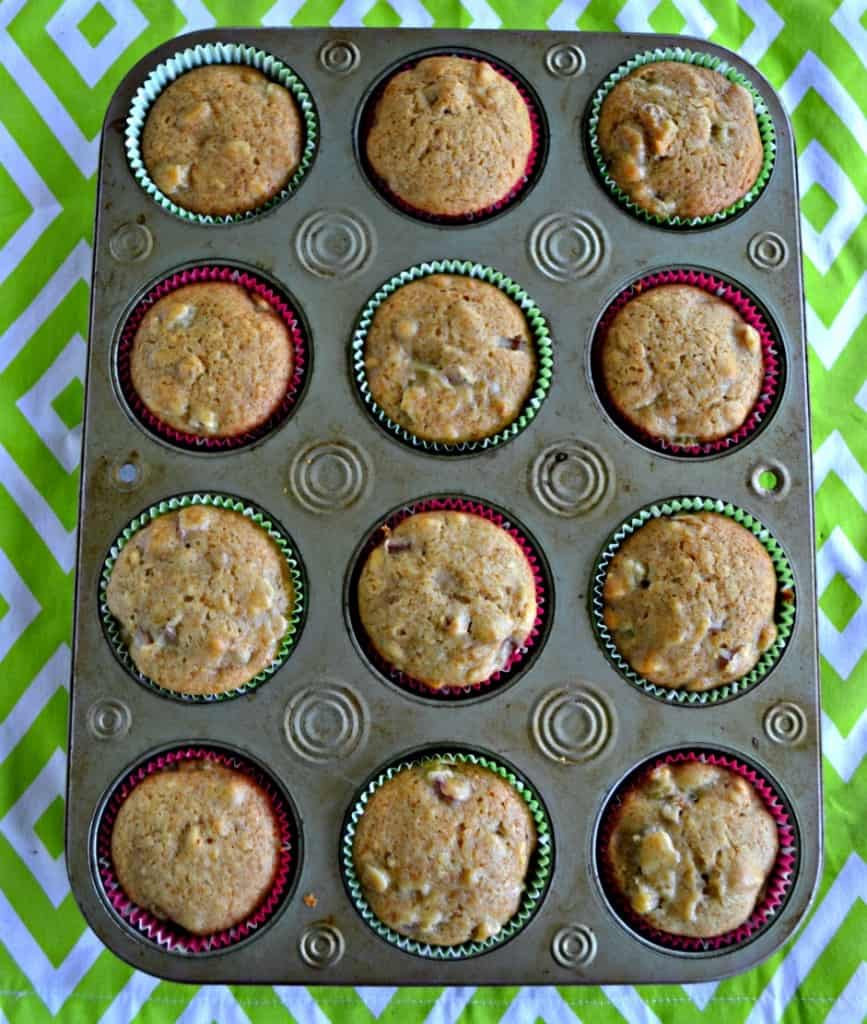