Dr. Lauren Crawford is a brilliant research scientist who discovers a revolutionary treatment for cancer that not only extends life, but much improves the quality of life for terminal cancer patients. The treatment, in some instances, can even cure certain cancers. On the evening before Dr. Crawford holds a press conference to announce that the FDA has given preliminary approval of her new cancer treatment, somebody follows her to her car and puts three bullets in her head. Was it a planned murder with a motive, a mugging gone badly, or merely a random act of violence?

Two New York City homicide detectives, Amaris Dupree and T.J. Brown, are assigned to the investigation. The detectives evaluate the circumstances surrounding Dr. Crawford’s death, and follow a trail of clues that exposes a sequence of startling facts. One by one, the detectives carefully examine each suspect and piece together a puzzle with unimaginable implications. As the investigation gets more intense, and the detectives get closer to solving the murder mystery, someone threatens Dupree’s life. The detectives now realize that Dr. Crawford’s murder was much more than a homicide. And if they don’t arrest the murderer soon, Dupree might be the next victim. (-synopsis) 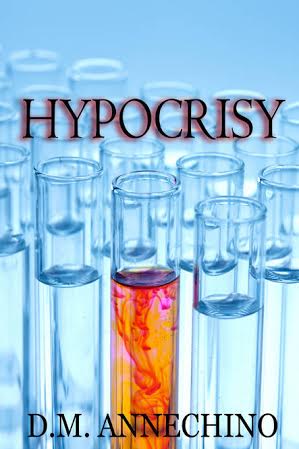 The book opens with the murder of Dr. Crawford, a scientist who was about to have FDA approval for her cancer treatment.   Amaris Dupree and T.J. Brown catch the case and begin interviewing the people that knew her best.   With each friend or co-worker they find another piece of the puzzle.  It turns out that much more is going on then a simple murder of a single doctor.

While the partners are investigating they decide to take a breather and head out for drinks one night.  Amaris gets to talk and shares the story of her childhood with T.J.   It's a story no one knows and she's afraid it will affect their partnership.   As it turns out T.J. has had his own hardships and when he opens up to Amaris, the two become more bonded then ever before.   Soon they are an unstoppable team.

They soon get a tip about a car that had been following Dr. Crawford around.   When they find the owner he leads them to another man.  Soon they have a large group of people that may have been part of a conspiracy to commit murder.  It starts out as small time players but soon there are CEO's and big wigs involved.   If Amaris and T.J. are able to turn evidence to convict the people responsible it will cause a lot of companies some major trouble.

Meanwhile, who will take control of the cancer treatment Dr. Crawford was working on?   Who would benefit most from getting it?   Dupree and T.J. are racing against the clock as dead bodies are piling up and one of them might just be next.

Amaris Dupree is a smart woman who has a keen sense for who is telling the truth and who isn't.  T.J. is a great observer who picks up on the small details.   Together they make an almost unstoppable force.   I enjoyed seeing how they worked together and whenever one was lacking, the other picked up the pieces.  They are both smart, hard working, and have skeletons in their past that make them more realistic.

I enjoyed the fast pace of the book.   There were so many twists and turns that I didn't know who the murderer was until almost the end of the book.   The reasons behind the murder made sense once it all came together.  This was an easy to read book that made me want to keep turning the pages until I found out what would happen next.