I'm a big fan of stuffed peppers.  I think they are an easy dinner and combine meat, vegetables, and rice all in one convenient dish.  I've made stuffed peppers in the oven and in the slow cooker.  My husband prefers them in the oven but during the summer it's way too hot to heat them up in there.

Now that I have the Instant Pot I figured I could just put them in there and have them be ready quickly.  I found a few different recipes for Instant Pot Stuffed Peppers but I didn't like any of them so I just went with my own.  I used ground beef, rice, and marinara sauce.

A few notes on my recipe.  I added some liquid to the bottom of the Instant Pot in addition to the sauce.   Next time I would not do this as there ends up being a lot of liquid at the bottom.   I would also set my peppers on the rack next time so they are more steamed from the liquid instead of cooked in it.

That being said, the peppers were so tender they fell apart as soon as they came out of the pot.  I like them this way because I think it makes them really easy to eat.  My husband would rather have a more firm pepper so this wasn't one of his favorite recipes.

I did think that the filling inside had a lot of flavor.  The beef and rice combined with the seasonings and tasted really good.  This was an easy recipe and we were able to eat within an hour because they were done so quickly.  To me that is totally worth it because I hate waiting all day to eat. 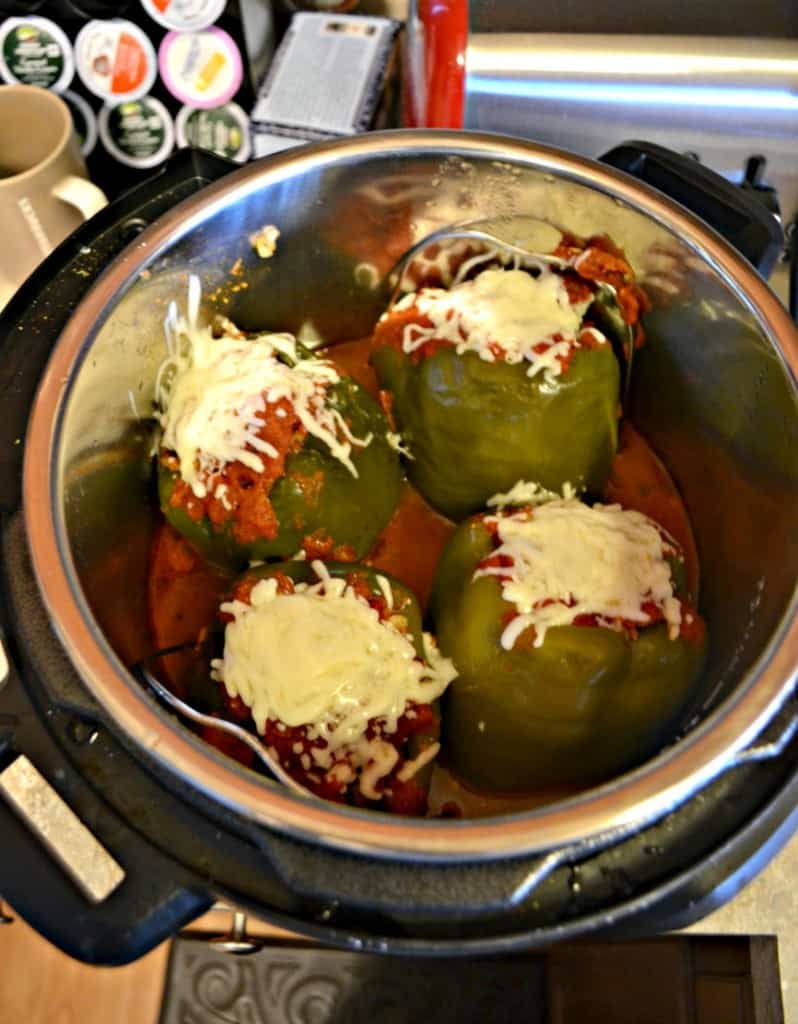