In the summer I like keeping cut up veggies and pretzels around for snacks.  They are a healthy snack and are delicious paired with different dips.  I typically just make a package of Ranch dip or Onion dip but after a while that gets boring.  I wanted something with a kick and found that in this jalapeno onion dip. 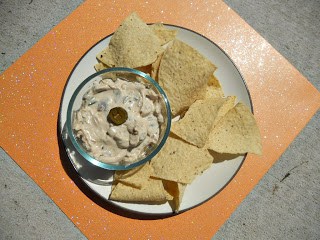 The original recipe called for a lot of mayonnaise and a packet of ranch seasoning but I didn't want all the fat from the mayo so I switched it to low fat sour cream.  I also didn't have a packet of ranch seasoning so I substituted a packet of onion soup mix.  When I initially tried the dip it was just ok.  It mostly had the flavor of onion dip.  After putting it back in the refrigerator overnight I could really taste the jalapenos and the heat was there.  It was spicy but still cool and was great with veggies, pretzels, and tortilla chips.

1.  Combine all the ingredients in a medium bowl.  Mix until well combined.

2.  Refrigerate over night and serve with raw vegetables, pretzels, or tortilla chips. 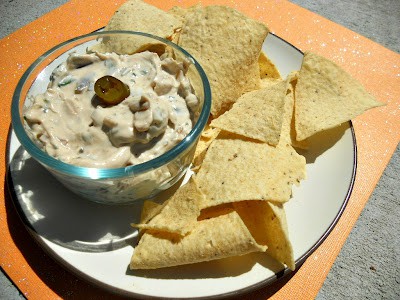