When I was a young adult I went on several cruises with my parents and my brother in the Caribbean.  In addition to all the awesome food and gorgeous beaches we liked to do some sight seeing on each place we landed.  At one place we had the most delicious rum cakes.  This was a place that only made rum cakes and they had a variety of flavors that you could try.  I liked them all and wanted to try making them on my own one day. 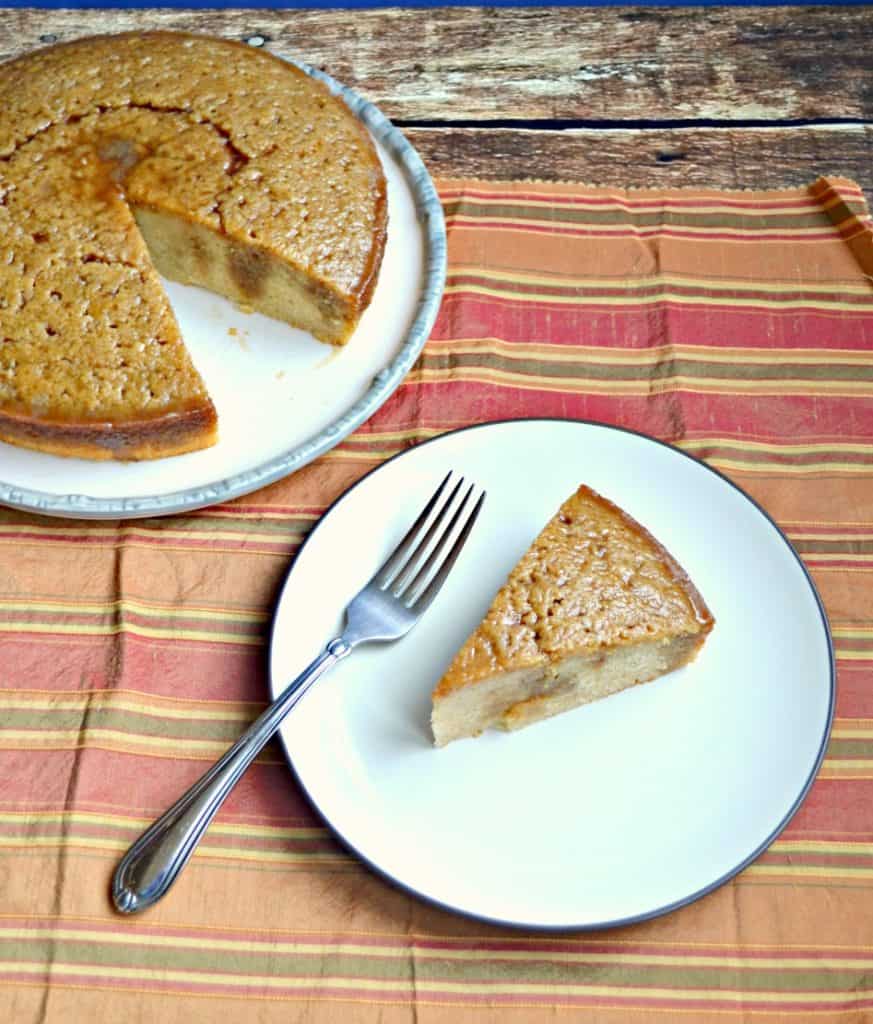 It turns out one day wouldn't come for about 15 years.  That's the way life goes.  In fact, I had forgotten about the delicious Caribbean rum cakes until I received a bag of Door County Coffee Jamaican Me Crazy.  With one sip I was totally reminded of that rum cake.  This coffee is a medium roast with hints of rum and vanilla.

I started out by making the rum cake.   I used a traditional recipe but then I added in half a cup of the Jamaican Me Crazy Coffee into the actual cake.   As it was baking the entire house smelled like sugar, butter, and rum.   It was awesome.

Then I had to think about the syrup.   All rum cakes are soaked in or infused with or glazed with some type of rum mixture.   Instead of making mine strong with rum I chose to go another route.  I did want to use some rum but I wanted to take it to work so I didn't want to use too much.  Plus I wanted the flavor of the coffee to come out.  I ended up making a caramel mixture with the coffee and rum to infuse the cake with.  The mixture was so good I could have eaten it with a spoon (and I may have...just a little bit). 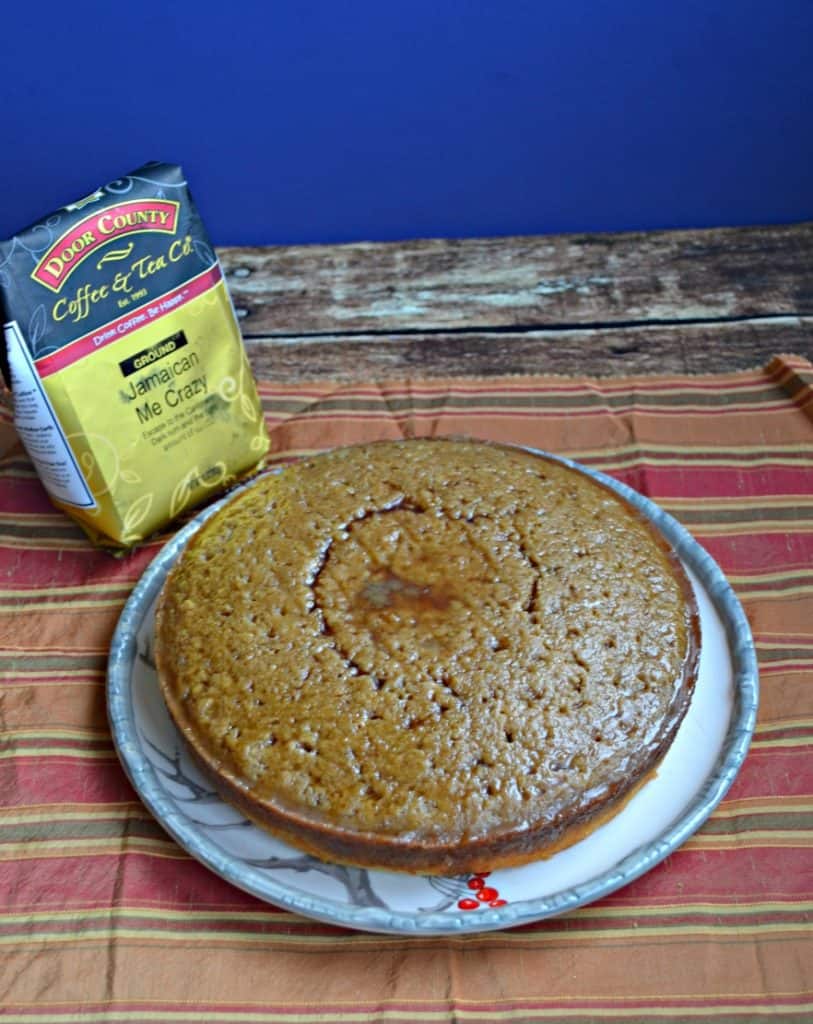 Once the cake came out of the oven I poked it with holes and poured the caramel rum mixture over top of it and let it soak in.   I want to put a note in here that I had to make this cake twice because of this caramel mixture.  The first time I made it in a Bundt pan and it totally stuck and I had a massive disaster.  To say I was upset was an understatement.  Often times when I fail that badly I won't remake the recipe but it tasted so good I knew I had too. 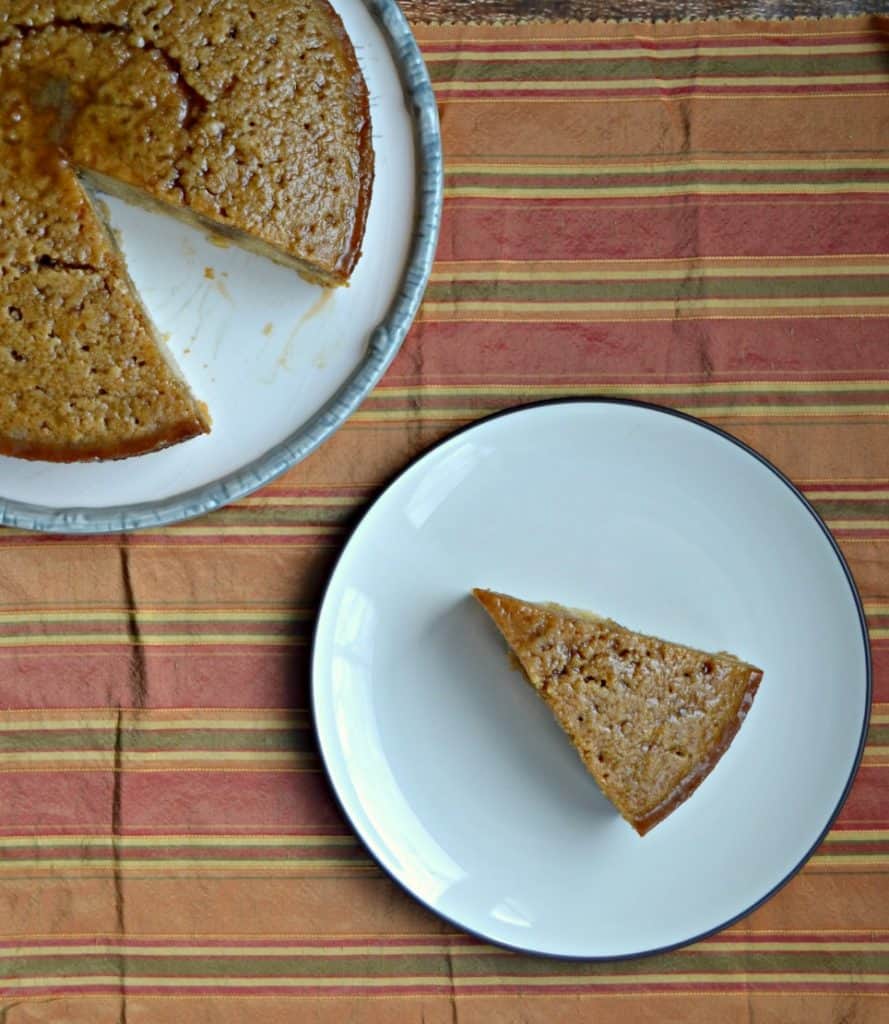 My second attempt was in a cake pan that had a piece of parchment paper on the bottom.  I had no trouble getting that out of the pan.   I finally gave the finished cake a try and it sent me back to the Caribbean.  The cake is filled with flavors of caramel, coffee, vanilla, and rum.  I enjoyed it with a cup of coffee which was absolute perfection. 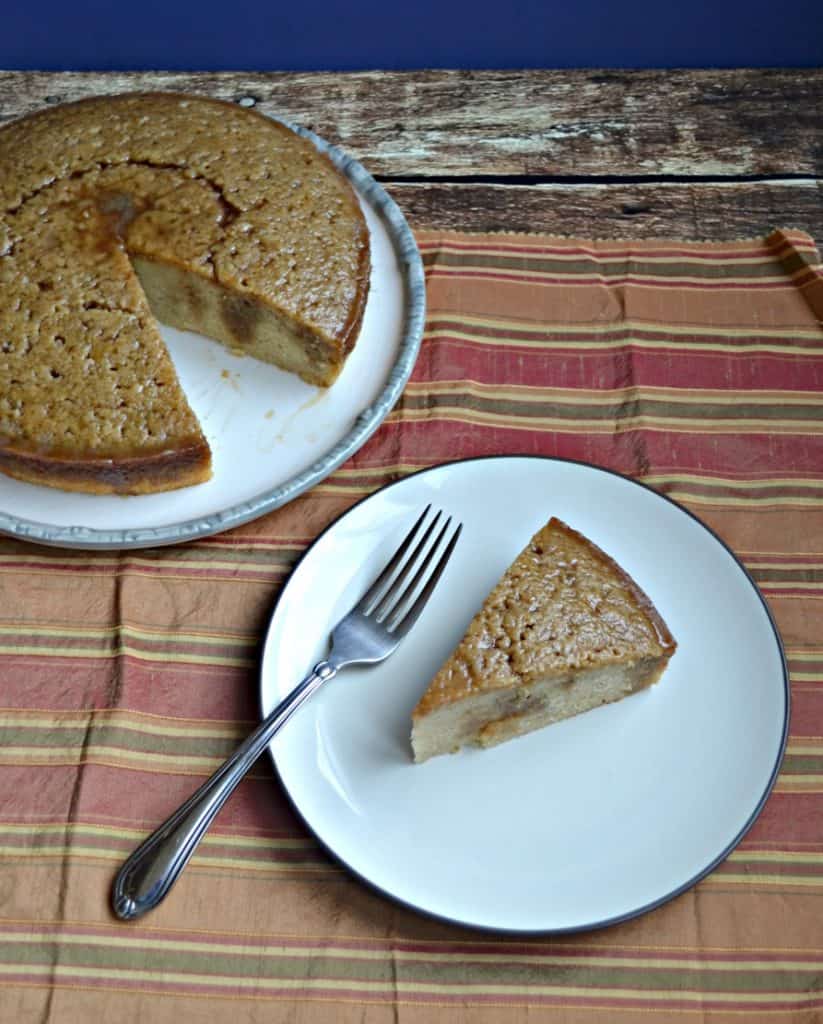