One unexpected and hotly fought-over little boy, two dead bodies, and a series of home vandalisms throw Texas attorney turned island chanteuse Katie Connell into a tizzy. Juggling all of this, Bloody Mary cravings, baggage, and the bad guys too, she waffles between the jumbie house that brought her back from the brink and the man she believes is the love of her life.

Be sure to catch Saving Grace, #1 in the Katie & Annalise Series.  (-synopsis) 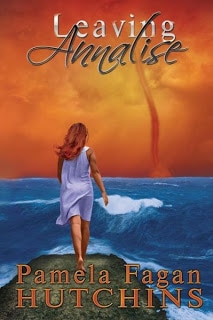 The book starts out with Katie renovating an old island home.  She is dating Bart, a chef, but is trying to find a way to get out of the relationship.  Then her old flame Nick shows up on the island.  After the hurt, anger, and disappointment of their last meeting almost a year ago Katie is leery to speak with him.

Nick then explains that he loves her and wants to be with her but there is a catch.  He now has his nephew and sister to take care of because his sister's ex-boyfriend is hunting them down and wants the baby back.  Katie accepts his baggage and ends things with Bart but things don't go as planned.

Nick has to head back to Texas to take care of Taylor, the baby while Katie is being stalked by an angry Bart.  The pair want so much to be together but it seems as though there is too much standing in their way, including threats by Taylor's dad.

The story centers around the relationship between Katie and Nick. Their love for each other is so strong it is tangible but both have baggage that they need to deal with.  Katie is renovating the house but things keep happening.  A fire breaks out, there are holes in the wall, and rats are in the house.  Nick on the other hand is trying to stay one step ahead of Derek and keep Taylor safe.

I like that this book has so many different elements to it.  There is the romance between Katie and Nick, the mystery of the murders, and the thrilling part of both Katie and Nick being chased by someone.  It all comes to a breath-taking event at the end that ties everything together.