I like the flavor of Tandoori Chicken but I don't like having to marinade the chicken overnight.  I often forget to prep it and then we can't have it for dinner like I had planned.  That's why I was excited to try Cook's Illustrated recipe.  The yogurt and spice mixture is placed on the chicken and then left on for 30 minutes before cooking.  These leaves me plenty of time to make this dish after work. 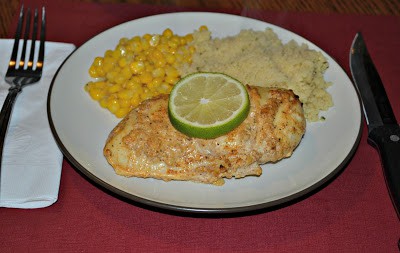 The yogurt and spice mixture leave a nice crust on the chicken that full of flavor.  It also seals in the moisture so that the chicken stays juicy.  This meal is great served over rice or couscous.

1.  Heat oil in a small skillet over medium heat.  Add in the garlic and ginger and cook for 1 minutes. 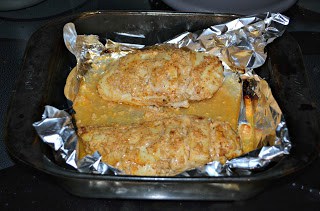 2.  Add in the garam masala, cumin, and chili powder.  Cook for 2 minutes.

3.  Pour half of the spice mixture into a medium bowl.  Stir in the yogurt and half the lime juice.  Set aside.

4.  In a large bowl combine the rest of the spice mixture, the remaining lime juice, salt, and pepper.

5.  On one side of the chicken breasts make several shallow cuts about 1 inch apart and ¼ inch deep.  Put the chicken into the bowl with the spices and rub the spices into the chicken.  Leave at room temperature for 30 minutes.

8. Return the chicken to the oven, 6 inches from the heat source, and broil for 10 minutes or until the chicken is cooked through.  Serve over rice or couscous. 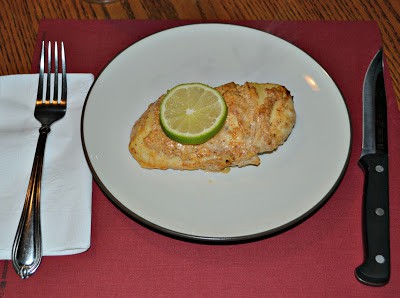