Let's talk about Meyer Lemons.   Have you ever had them before?   I've had them in several dishes but I've never been able to find them in my small town.

However, my local market has been getting different produce and a better variety so I had high hopes this year.  Turns out I was right to have high hopes because when I walked in last week they had a ton of Meyer Lemons! 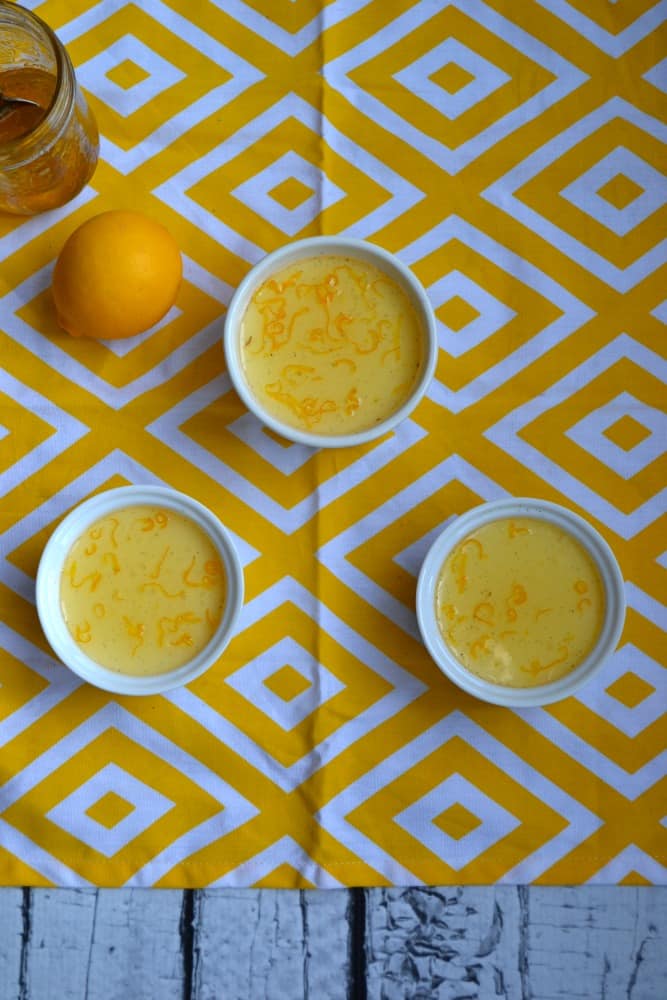 So what's the big deal about Meyer Lemons?  It's really a cross between a traditional lemon and a mandarin orange.  They are smaller then regular lemons and have a dark yellow to orange color.  The insides have a dark yellow pulp instead of the light yellow pulp regular lemons have.  The last major different is the Meyer Lemons are much sweeter then traditional lemons which makes them a great choice to brighten up salads.

Once I had a bag of these lovelies in my cart I started thinking of all the delicious things I could make with them.   I remembered looking at a Meyer Lemon Panna Cotta recipe and decided to start with that.   The panna cotta is rich and silky and the Meyer Lemon marmalade on top is sweet and tart.  It's a perfect match for dessert and for this weeks Sunday Supper which is all about Easy Spring Recipes. 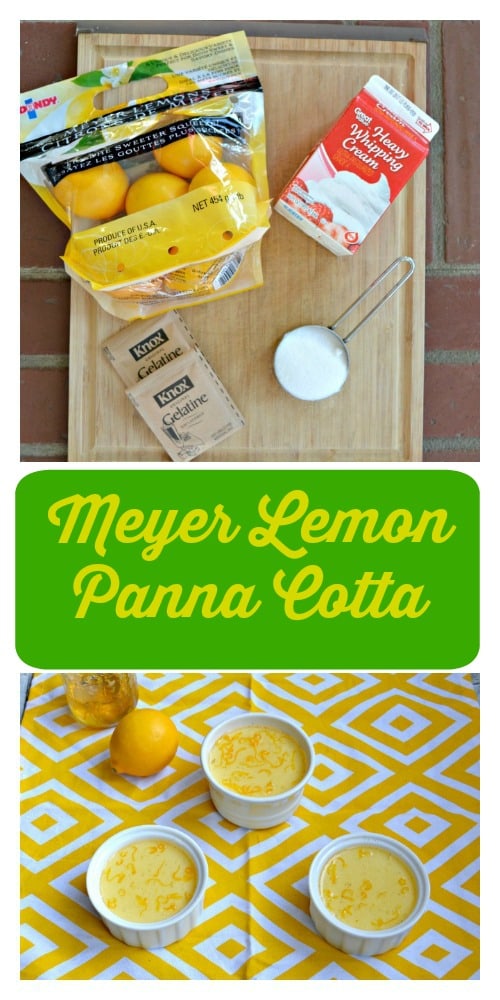 I've never made panna cotta before.  As I was making it my husband kept calling it flan.   I tried to tell him that it was a totally different dessert but he still called it flan.  The panna cotta was easy to make.  It's basically an Italian custard so it's made with milk and eggs on a stove then poured into individual molds and refrigerated to firm up. 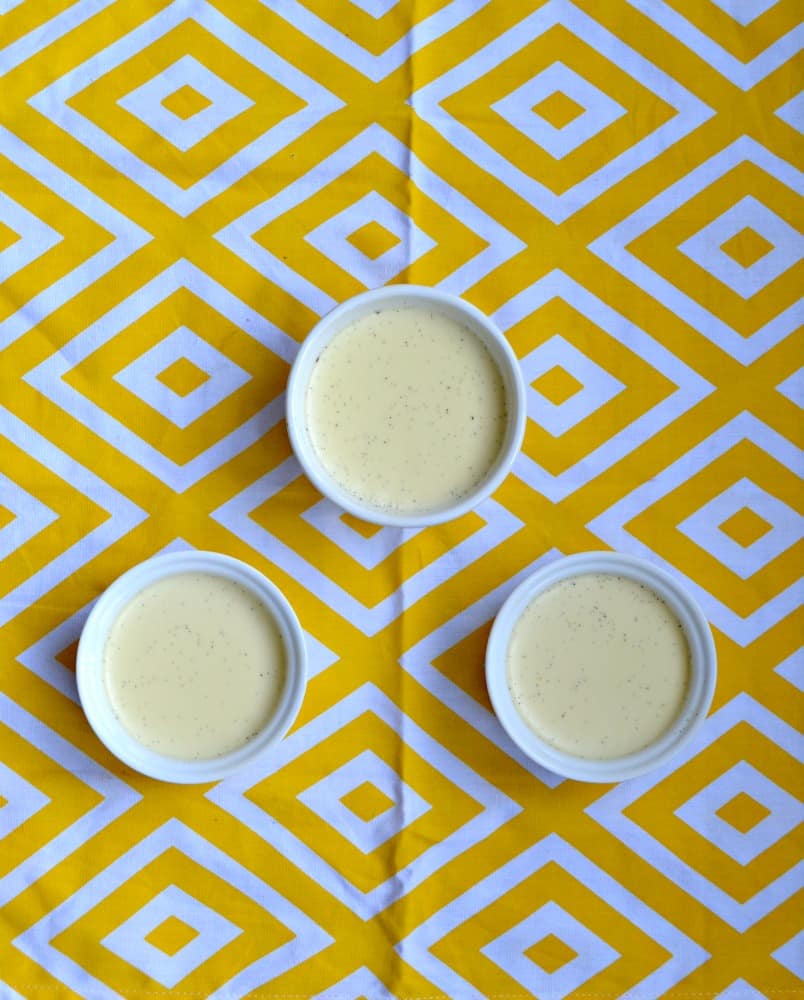 After the panna cottas were in the refrigerator I started on the Meyer Lemon Marmalade.  It's a simple combination of Meyer lemon zest, juice, and sugar.  It gets pretty thick on the stove and then it needs to be refrigerated as well. 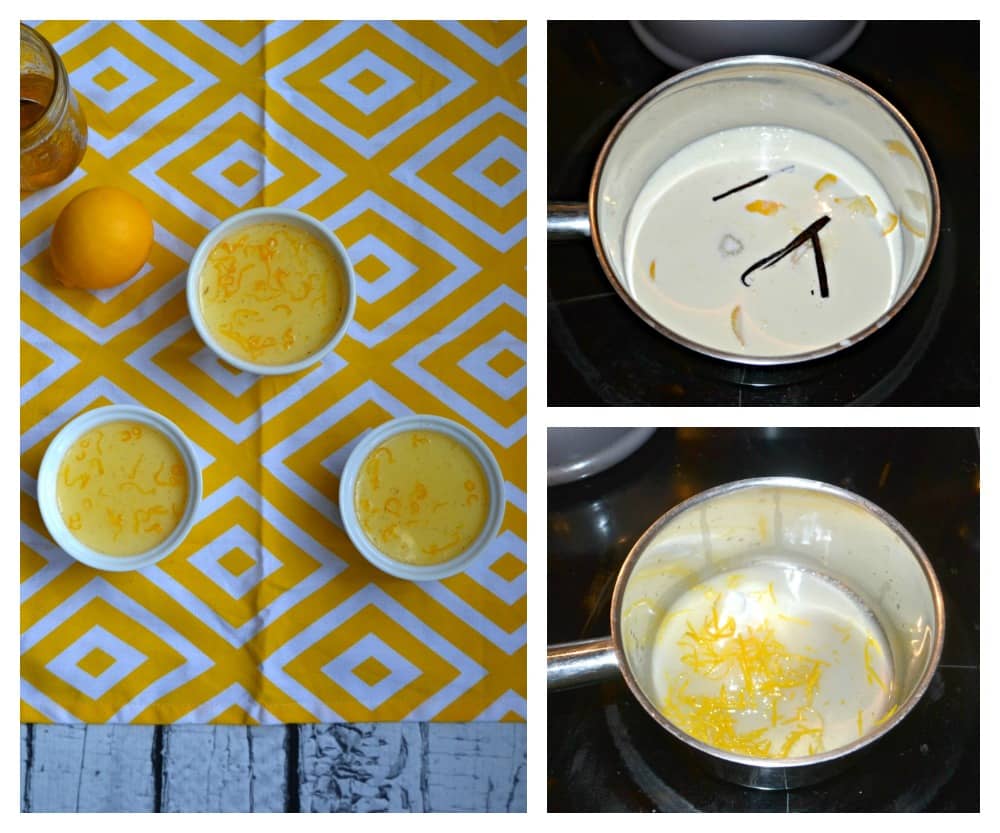 Once everything was cooled I poured the marmalade on top of the panna cotta and it was time for dessert!   I absolutely loved the combination of the silky vanilla panna cotta with the sweet and tart Meyer Lemon marmalade.  Not only do they compliment each other nicely, it makes for a really pretty dessert.  The marmalade is a gorgeous yellow color and really is the star of this dish.

For the Panna Cotta:

Recipe adapted from Taming of the Spoon 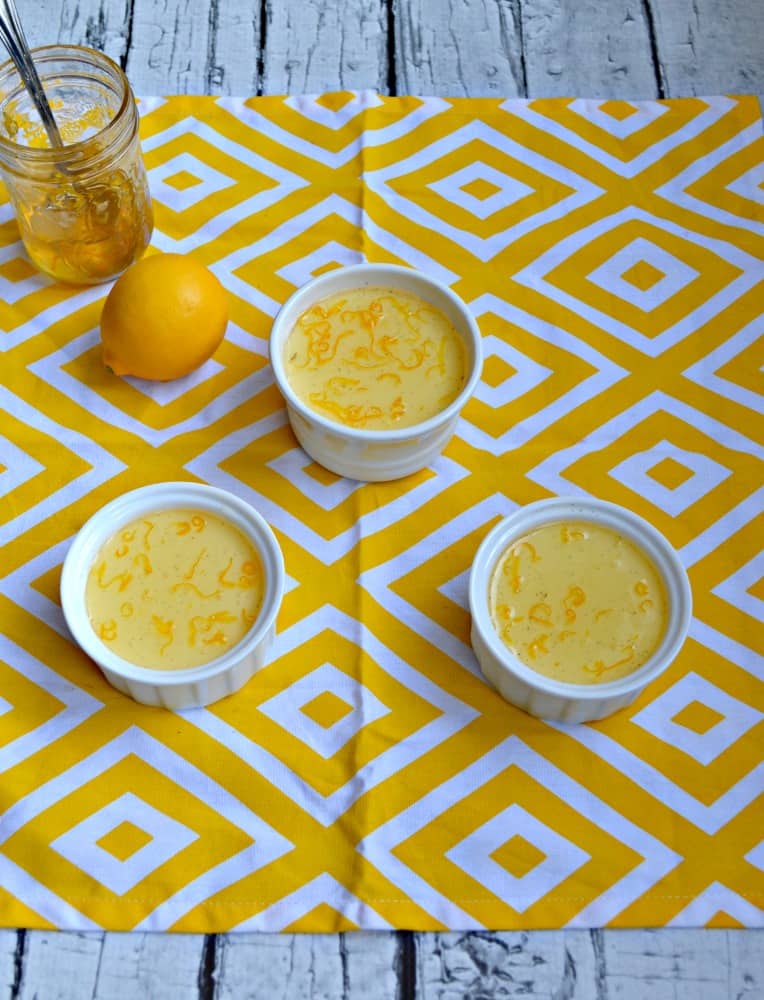