As children, they played games of myth and magic…

Veronica Kent fell in love with Caith Breckwood when they were children. As a teenager, she was certain he was the man she was destined to marry. But a traumatic event from Caith's past led him to fear a future together. He left Veronica, hoping to save her from a terrible fate. Twelve years later, Caith, now a P.I., is hired to investigate bizarre incidents at the secluded retreat Veronica manages. Returning to his hometown, Caith is forced to face his nightmares—and his feelings for the woman he’s always loved. 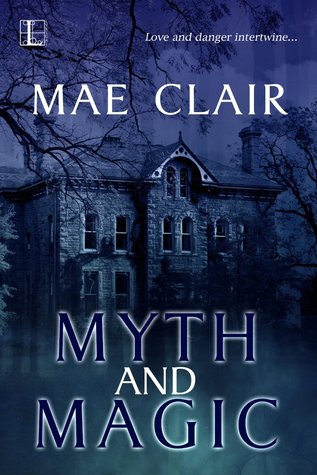 Then one day, the monsters became real.

After the callous way Caith broke her heart, Veronica isn’t thrilled to see him again. But strange occurrences have taken a dangerous toll on business at Stone Willow Lodge. Forced to work together, Veronica discovers it isn’t ghostly apparitions that frighten her, but her passion for a man she has never forgotten. Or forgiven. Can two people with a tarnished past unearth a magical future?  (-synopsis)

Strange things have been happening at Stone WIllow Lodge.   Ghosts have been seen, things have come up missing, and there have even been dead animals found in the room.   When the Lodge's manager, Veronica, finds a severed hand in the fireplace one night she asks Aren, one of the owners, to hire a private investigator to find out what was going on.

The only problem was she hadn't thought about who the private investigator might be.   Aren decided to hire his brother, Caith.   Caith left home at 18 after a kidnapping for ransom left his best friend dead and him scarred for life.  He hasn't been back since.   But when Aren comes to him asking him for help finding out what is going on own he agreed to go back home.

Veronica and Caith had one steamy night when they were teenagers.  Veronica thought it was love but three weeks later she received a note from Caith telling her he had found someone else.   He broke her heart but now years later she's dating Merlin, his brother.

The problem with the note Caith sent to Veronica is that it was a lie.   He had had feelings for her for years and that night only made them stronger.   But how could he love someone and be with them when he knew that someone might kill him or the ones he loved in order to get money from his wealthy family?

This book was an easy read.   I had a hard time putting it down because I really liked the characters and how they interacted with each other.   Plus the ghost storyline intertwined with the feelings between Caith and Veronica was enough to keep me interested until the end.  Part mystery, part romance, part suspense, this was a great book until the last page.