This winter has been crazy.   I live in a town that usually sees well over 100 inches of snow each winter.  We generally have 10 or more snow days each year.  It gets extremely cold and I'll spend multiple days bundled up inside my house.  But this year winter has been different. 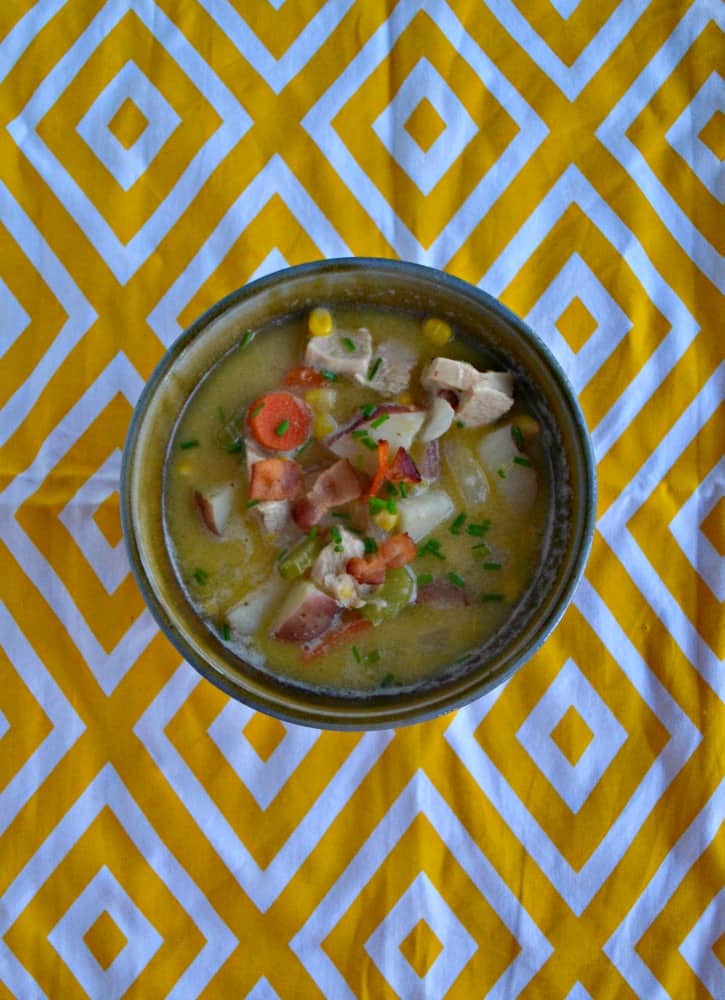 For starters it's been a mild winter.   We've only had 1 snow day and only a few delays.  The temperature has ranged from below freezing to temperatures in the seventies!   It's not like these are in different weeks either.   It might be sunny and 75 on Monday and then on Wednesday it's 25 and snowing.  It's no wonder kids have been sick with the flu, strep throat, horrible colds, and stomach bugs.

I'm not sure if it's the weather or other things going on with me but I've been really tired the last few weeks.  I've been looking for easy to make recipes that make enough for us to eat the next day for either lunch or dinner so I don't have to cook as much.  Even though we've had our warm, sunny days, we still have our cold days as well so one of my favorite easy to make dinners is soup.

Soup is a great meal for the colder months because I can throw everything in a pot and then either watch TV or read a book while it simmers on the stove.   I usually make a full pot so that we have enough left to enjoy the next day.  Sometimes I can repurpose it into a whole other meal and other times we jut eat it as leftovers.

This week I made a soup that I have never even eaten before but it sounded really good.  It's New England Chicken Chowder.   That's right, I did not say New England Clam Chowder but this is a chicken chowder instead.  It has a lot of the same ingredients as the classic clam chowder but it substitutes in chicken and some different seasonings. 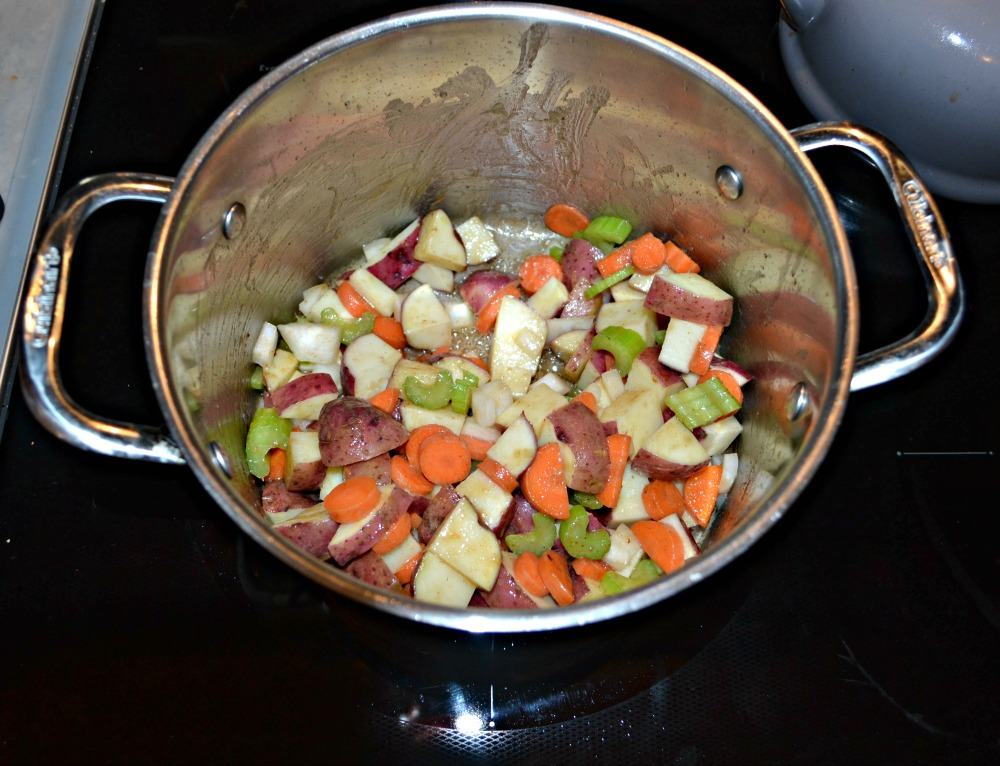 This chowder is hearty enough to enjoy as a main dish because it combines potatoes, vegetables, and chicken all in one pot.  Then it's topped off with bacon and chives.  I like that while it's a creamy soup it isn't too thick.  A lot of the thickening comes from the blending of the corn which is a great way to thicken up soup.

My husband and I really enjoyed the flavors in this soup.  It had a rich flavor from the heavy cream and butter but it wasn't heavy.  The potatoes, celery, and carrots add an earthy flavor to the soup.  The chicken adds a heartiness and the bacon gives it a little bit of salt.  I simply served it with dinner rolls and a small cup of fruit salad for an easy weeknight meal. 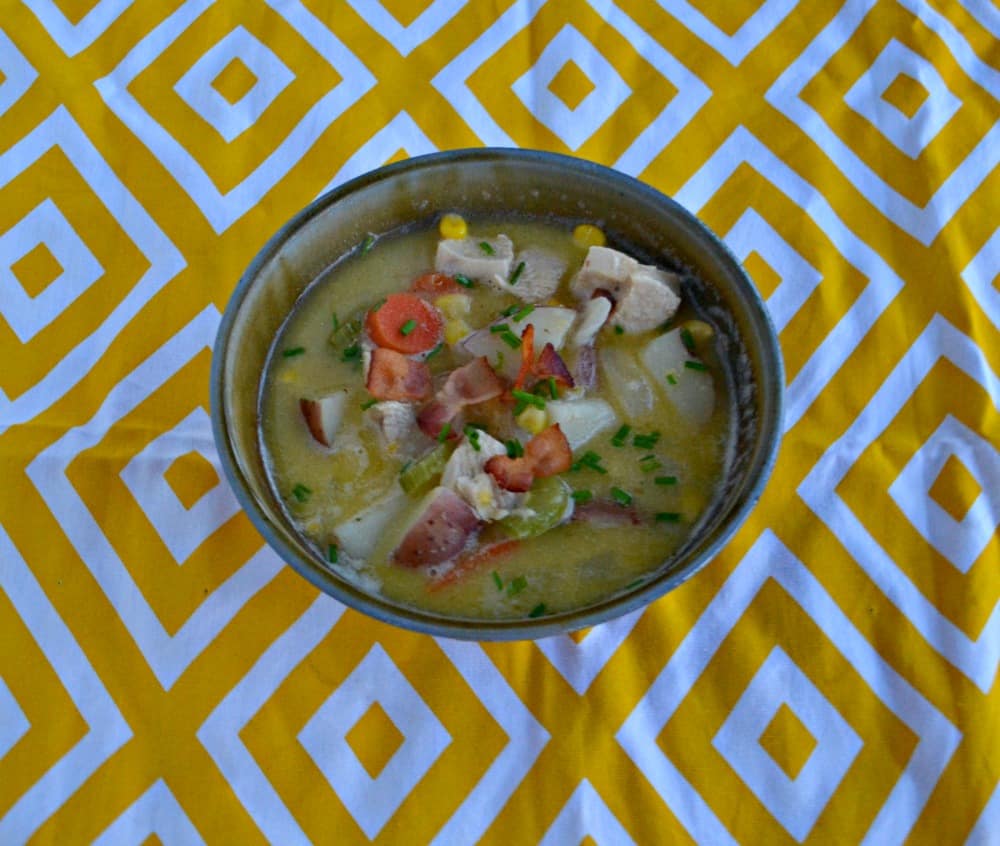