Man is it hot outside.  I like it when it's warm out but when it's in the 90's and it's humid and the heat index makes it feel over 100 I'm not real thrilled with it.  We don't have air conditioning and that makes it too hot to grill so on days like this we often have a salad or a cold plate for dinner.  There's no way I'm turning on the oven in this heat. 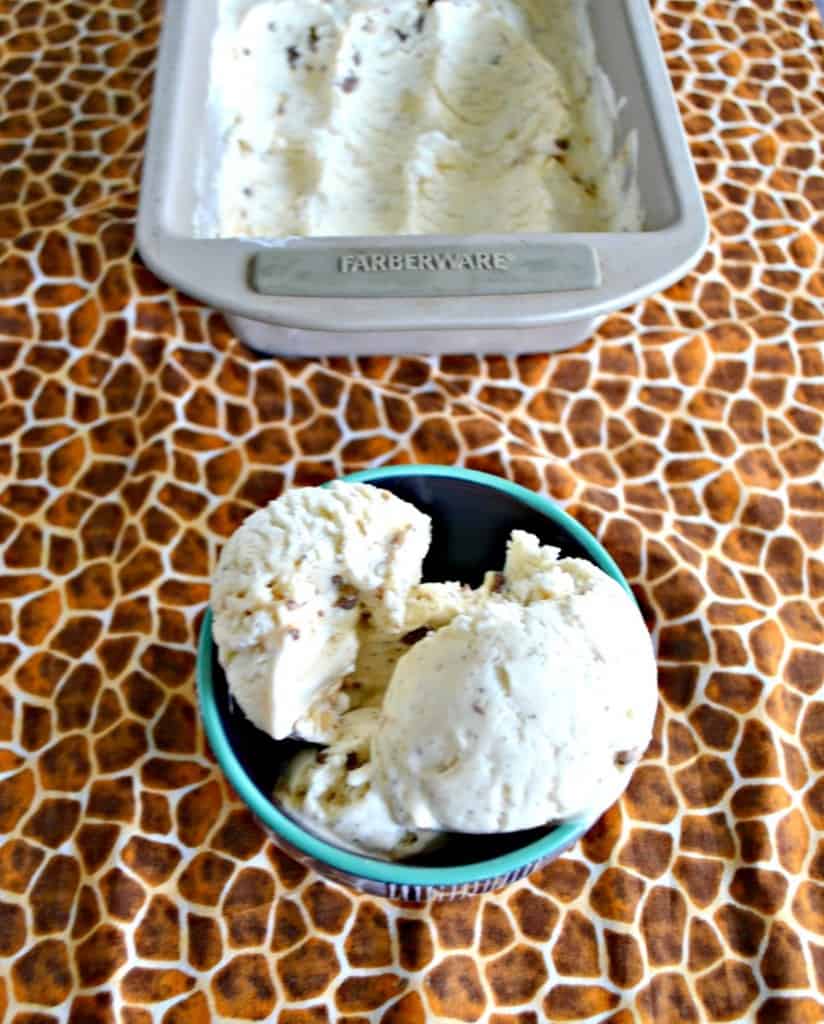 Unfortunately it's going to be this hot for 10-14 days which is crazy where we live.  It rarely gets this warm and when it does it usually only lasts a day or two.  I hope Baby J doesn't get too overheated during his nap time.  We plan on running the fan on high to keep him cool.

One way we stay cool in this weather is to go to the basement.  We have a large finished basement that is about 20 degrees cooler then upstairs so when it gets too hot we can just go down there and chill.  Another way to keep cool is to go out and get some ice cream.  There's nothing like a cold ice cream cone on a sweltering hot day. 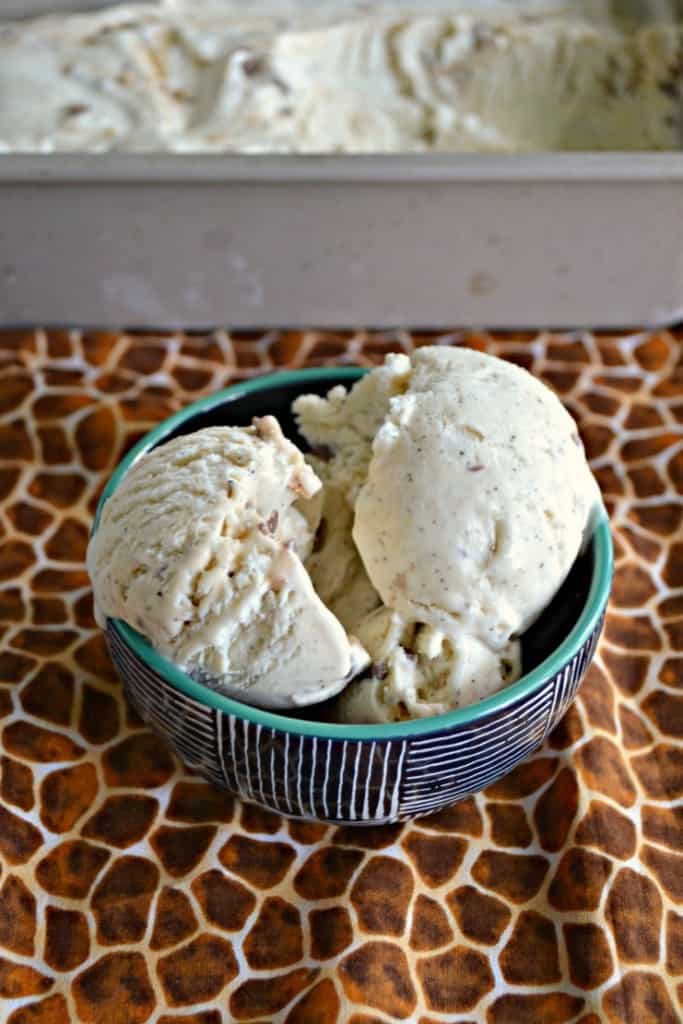 The difference in this one is that I whipped the cream by itself then folded in the sweetened condensed milk then swirled in the toppings.  I really wasn't sure if it would make it sweet enough.  Let me tell you, not only was it sweet enough, it was the creamiest no churn ice cream I've ever made! 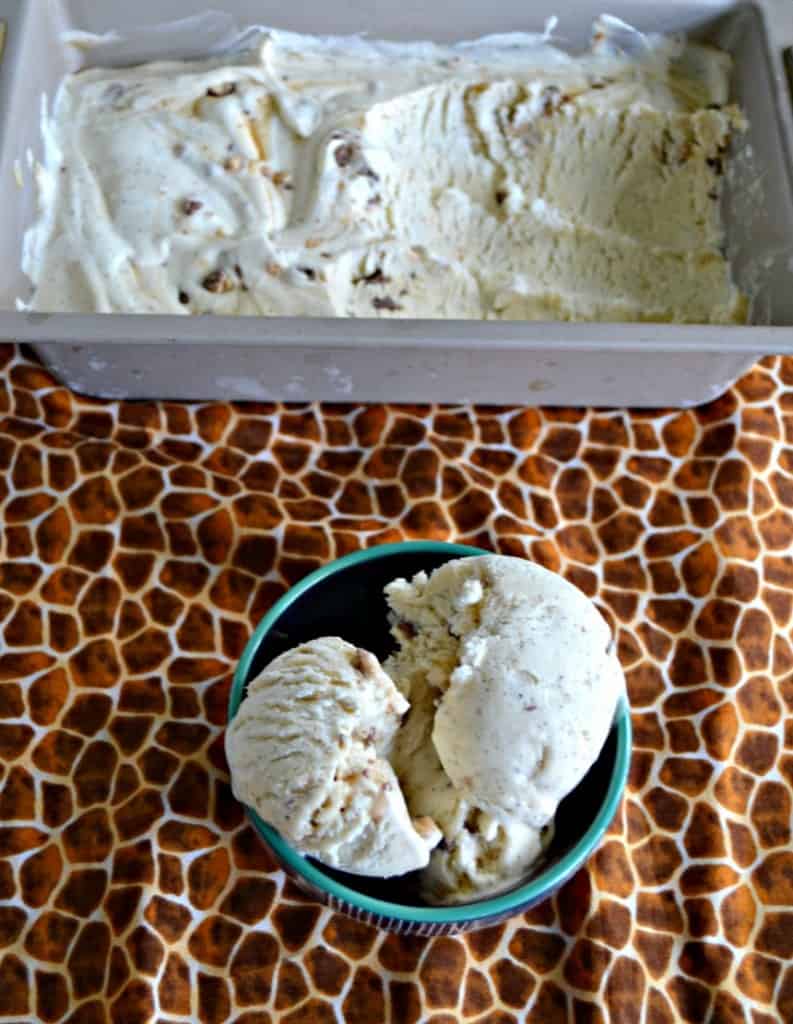 My husband gave it a taste and was thrilled!   He says this is the best ice cream I've made so far.   I have to agree with him.  The sweet cream base mixes with rich caramel and crunchy toffee for the ultimate no churn ice cream. 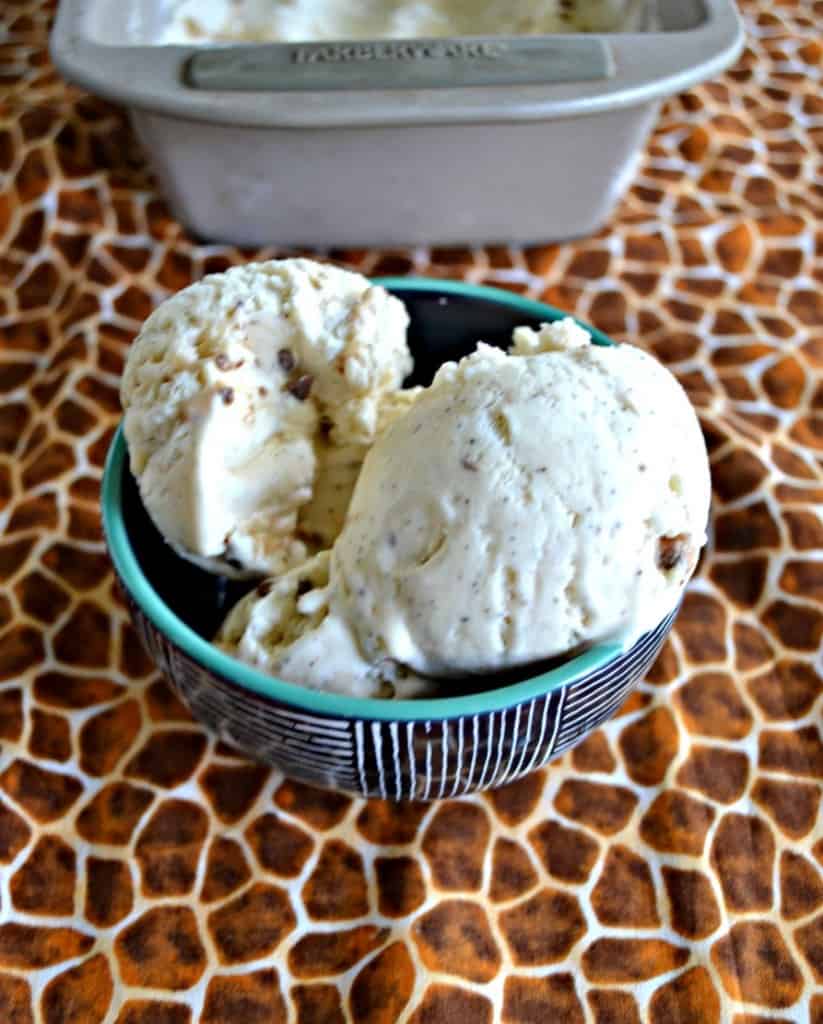