68 shares
Jump to Recipe
Oatmeal Cookie Pear Bars have a chewy oat cookie bottom topped off with fresh pears and homemade caramel then they are finished off with an oatmeal crumble for a decadent cookie that can't be beat.  This post was originally published November 2012. 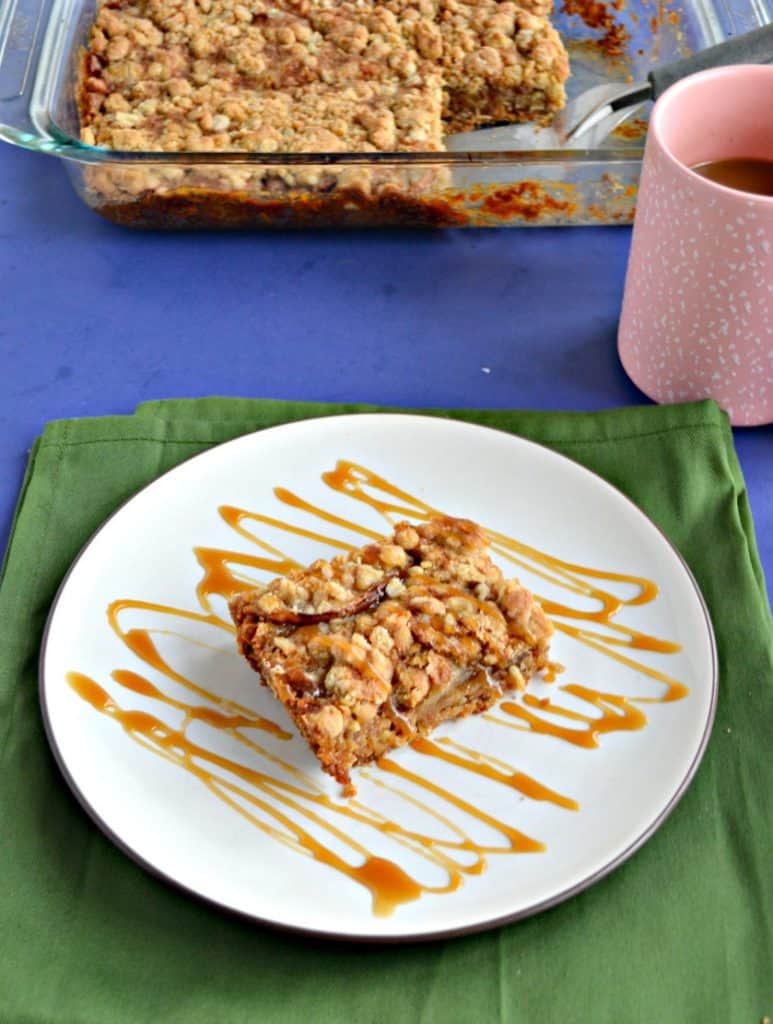 Pears have never been my favorite fruit.   I used to think that they were a softer version of the apple and that they had less flavor.  For years I turned my nose up any time a pear was in the vicinity.

Then a few years ago I made and canned pear butter on a whim.  It was instant love.  I had always been particularly fond of apple butter but after making the pear butter there was no contest.  The flavor and the spices in the pear butter were king.

Since making the pear butter I've tried my hand at several other dishes using pears and I've liked them all.  I'm pretty sure that part of the reason is that I only ever had the boring old green pears but now I've branched out and have tried so many different varieties.

Last week I bought several pears at the market because they were on sale and I had a box of produce delivered to me that had 5 huge Butterscotch Pears in it.  I ate several pears for lunch during the week but by the weekend I still had quite a few left.  I wanted to make a dessert and when I saw these oatmeal cookie pear bars I knew I had a winner.

There are three parts to these Oatmeal Cookie Pear Bars.   The top of the bottom are made from the same ingredients but turn out different after they are baked.   The oatmeal cookie mixture is made with a base of brown butter which gives it a rich and almost nutty flavor. 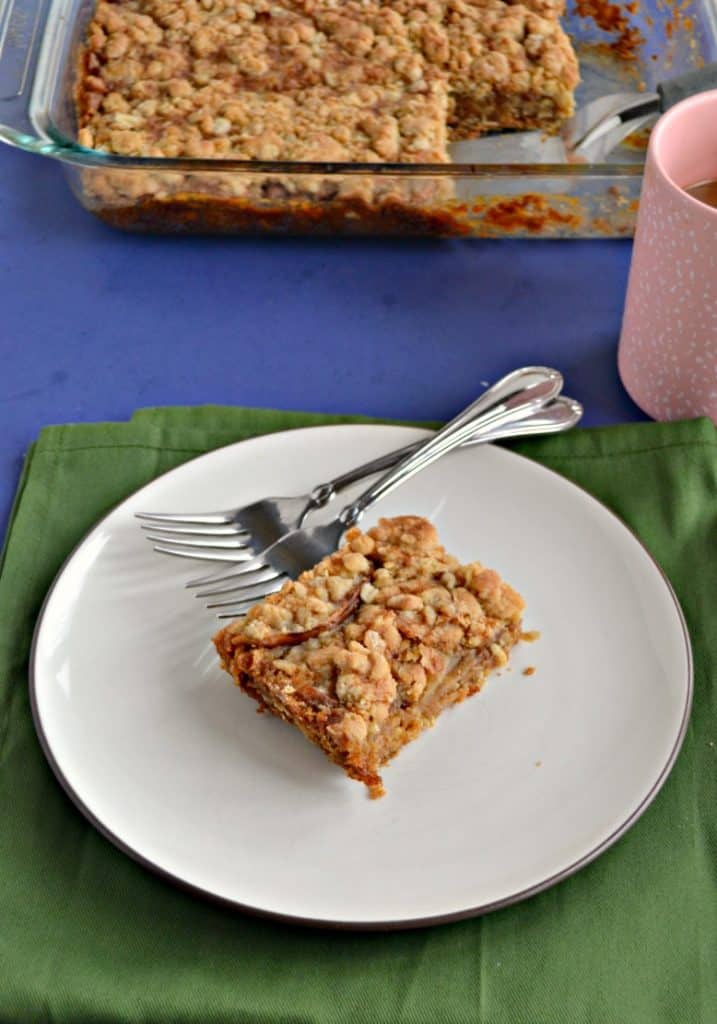 The bottom cookie layer is baked and then the pear slices are layered on top.   Next a hot, homemade caramel sauce is poured over top of the pears.  I added sea salt to mine because salted caramel is the best.  Finally the leftover cookie dough is crumbled over the top and the bars are baking until golden brown.

These cookies are super buttery with a delicious and refreshing flavor from the pears and a sweetness from the caramel.  They are a fabulous combination of oatmeal cookie, pears, and caramel.  I could probably eat the entire pan myself but I was nice and shared!  These are totally a magical holiday treat! 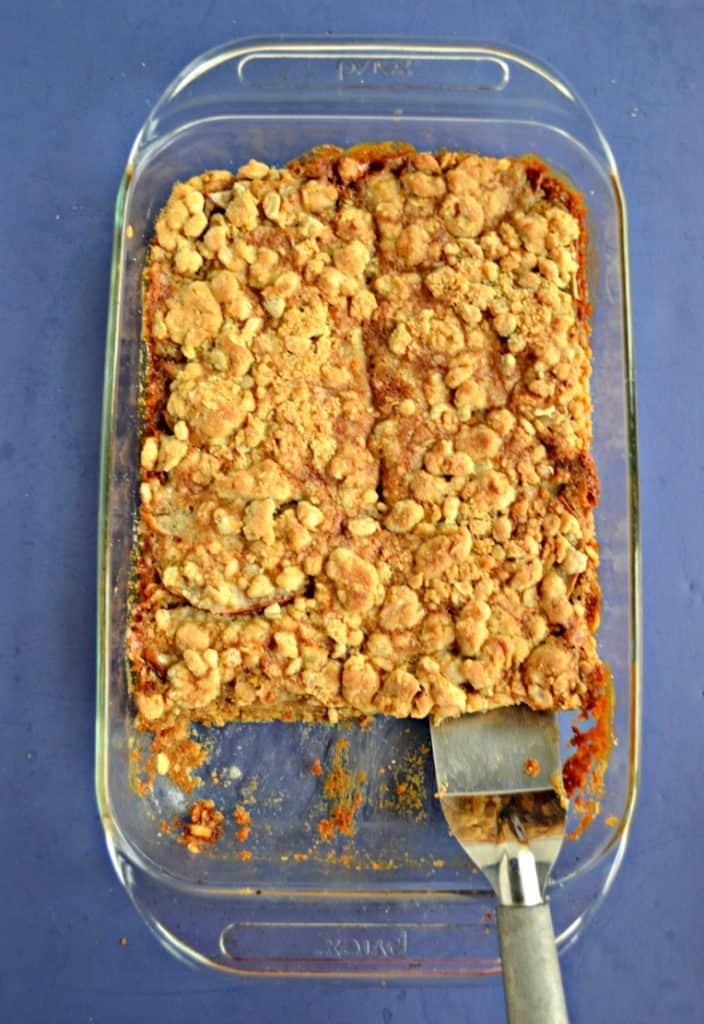 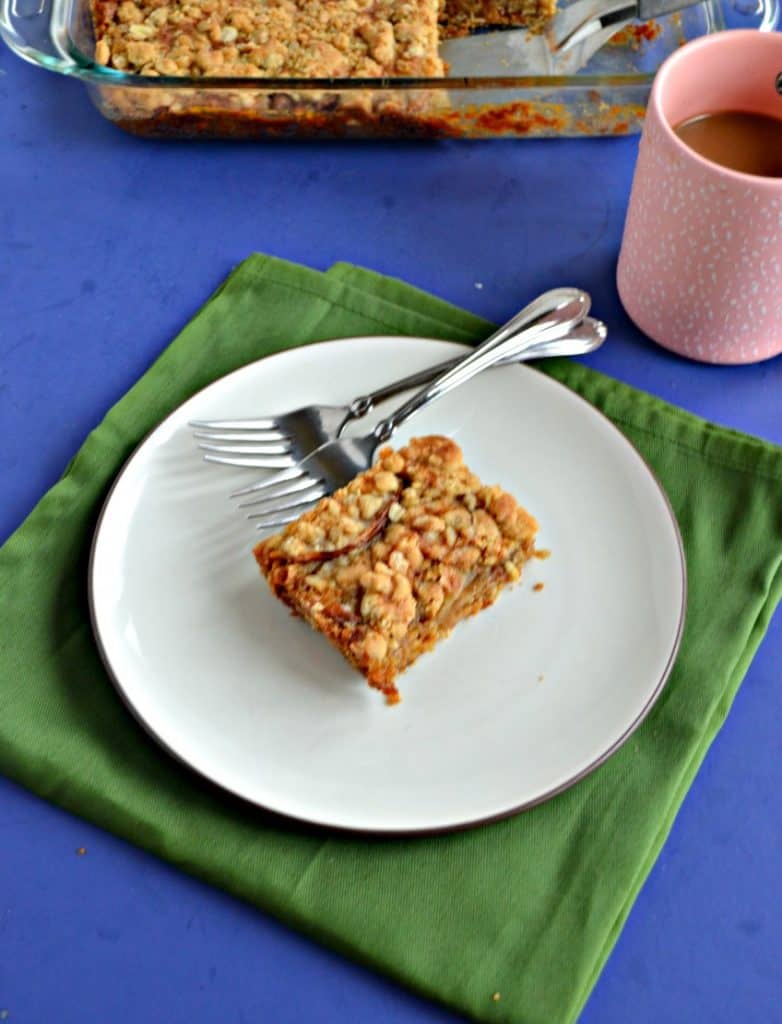