Every fall I go in search of recipes that have pumpkin or apples in them.   Usually I clip and pin about 50 recipes and end up making 4 or 5.  This year was no different.  I ended up finding about 25 recipes and then I had several friends send me recipes as well in hopes I'd make them and either take them in to work or to their house. 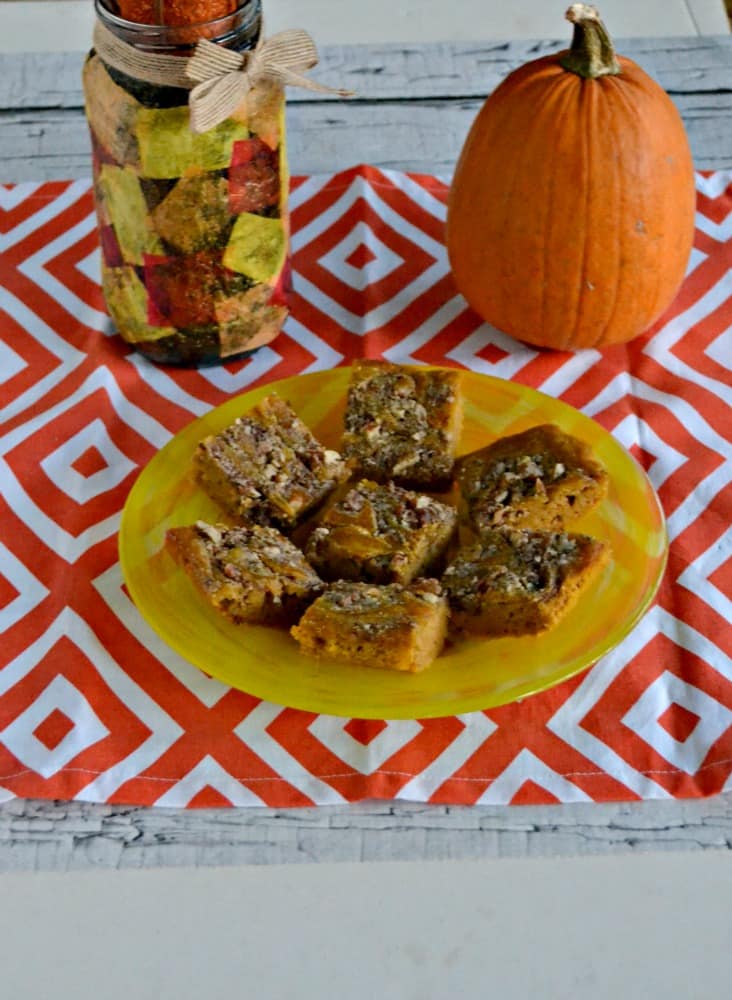 Knowing how I am, I did make this Paleo Pumpkin Bars recipe.   As more and more people go gluten free, I try to find more and more recipes that fit that lifestyle.  I am not Paleo and I'm not gluten free but sometimes I think I eat way too much gluten so I always keep a bag of gluten free flour on hand.

The only thing I was missing was the sweetener.   The recipe called for coconut sugar but I didn't have any.  After looking in my cabinets I found a container of Cox's Creamed Honey in my cupboard.   A few month's ago I signed up for a Beehive Adoption Program and have been receiving a lot of honey!   This was the perfect chance to bake with my creamed honey. 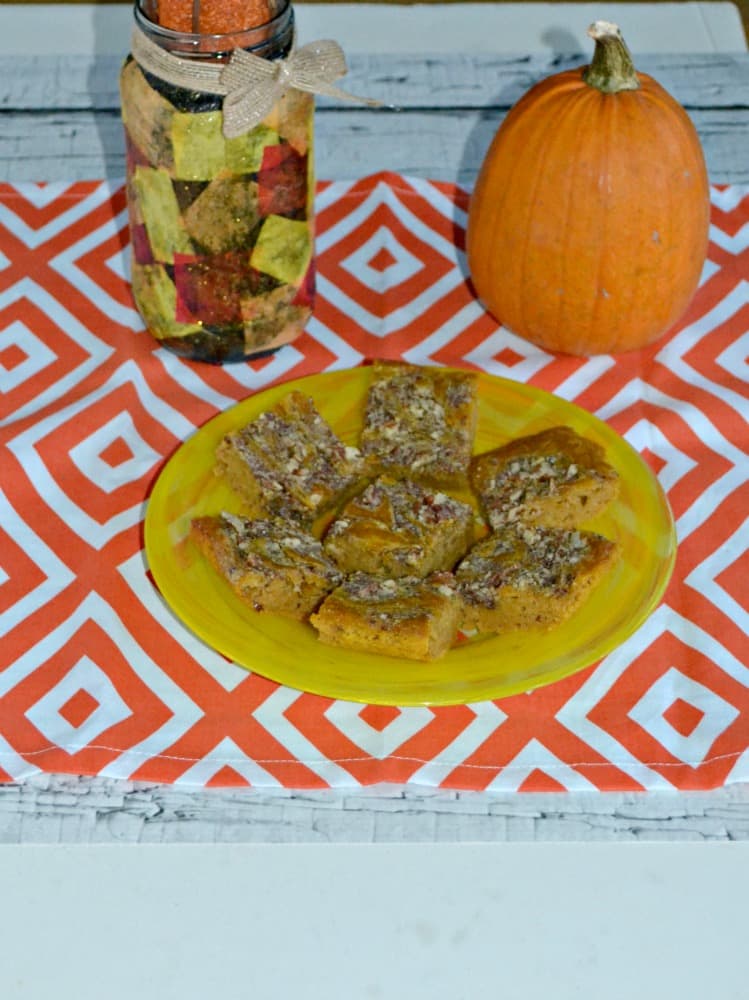 When you adopt a beehive you become a beehive sponsor ensuring that a community of bee’s are protected and cared for correctly and our research can continue to solve the major environmental issue. Also 10% of every purchase will be donated The American Beekeeping Federation in your name to further preservation efforts for the Honey Bee.  Pretty cool right?  For more information check out Cox's Honey Beehive Adoption Page.

Back to the Paleo Pumpkin Bars, they are made with items that can be found in most Paleo's kitchens.  The only thing you might have to purchase is the pumpkin puree.  I like to make my own from fresh pumpkins, but store bought puree is fine as well. 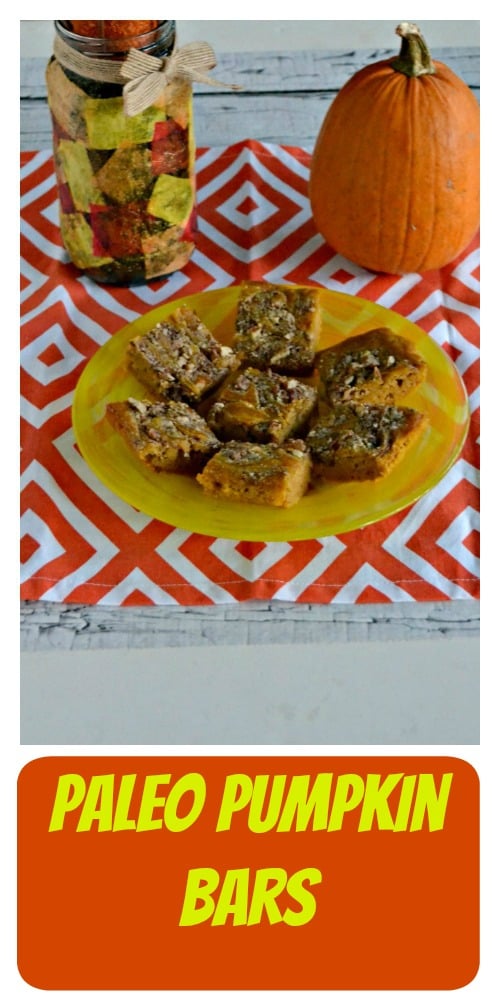 I was a little worried about the bars because the consistency didn't look good.   Then I worried about the crumble because it seemed way too dry.  However, I sucked it up and put it all in the oven and hoped for the best.   In 30 minutes the bars looked great!    The main part of the bar is a creamy pumpkin layer with a crunchy crumble on top.   It was pretty tasty for Paleo! 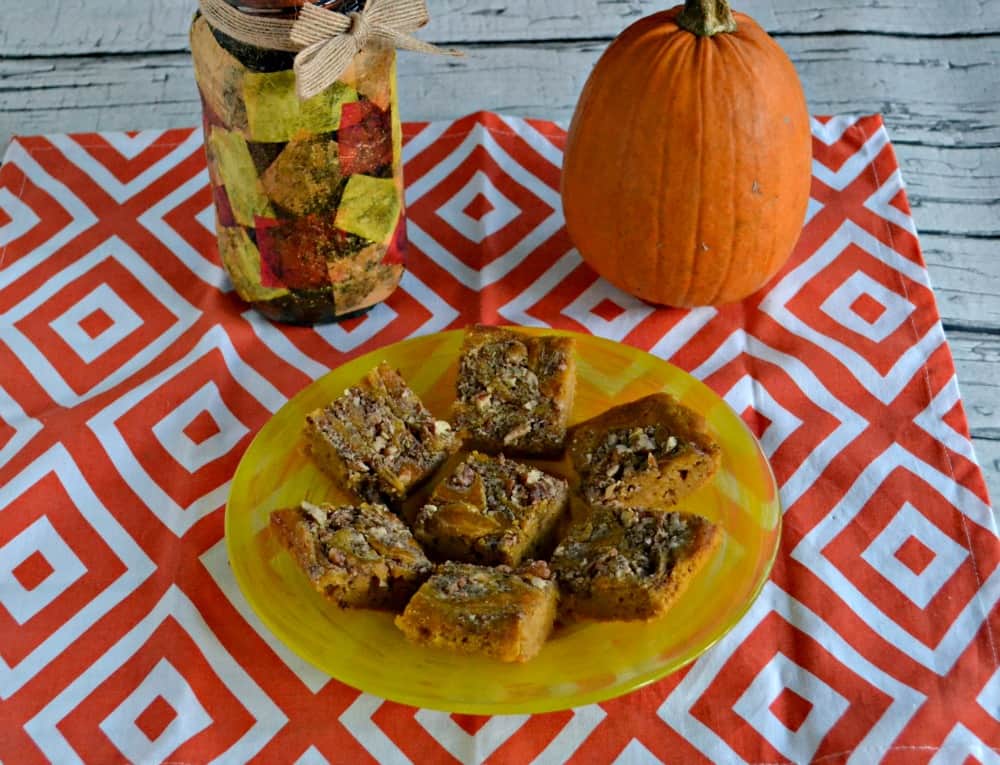