I can't believe it's already the end of August!  Usually by now I've canned a ton of fruits and vegetables so I can enjoy them all year long.  This year I didn't get to as much canning as I normally do.  I canned a few fruit jams early in the season and a hot pepper jam but that's it. 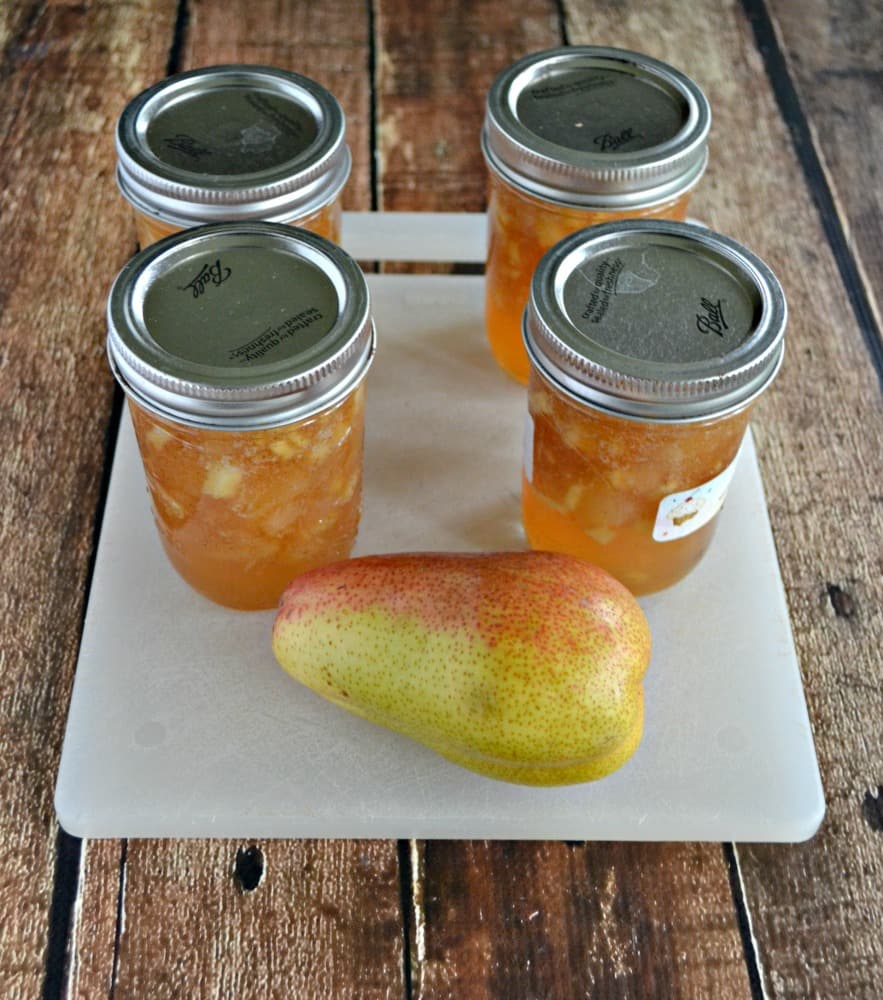 I'm looking forward to tomatoes and peaches being in season so that I can can salsa, tomato sauce, and peach butter.  Those are 3 of my favorites and something I end up canning most years.  I might also make some taco sauce as that was a favorite the year I made it. 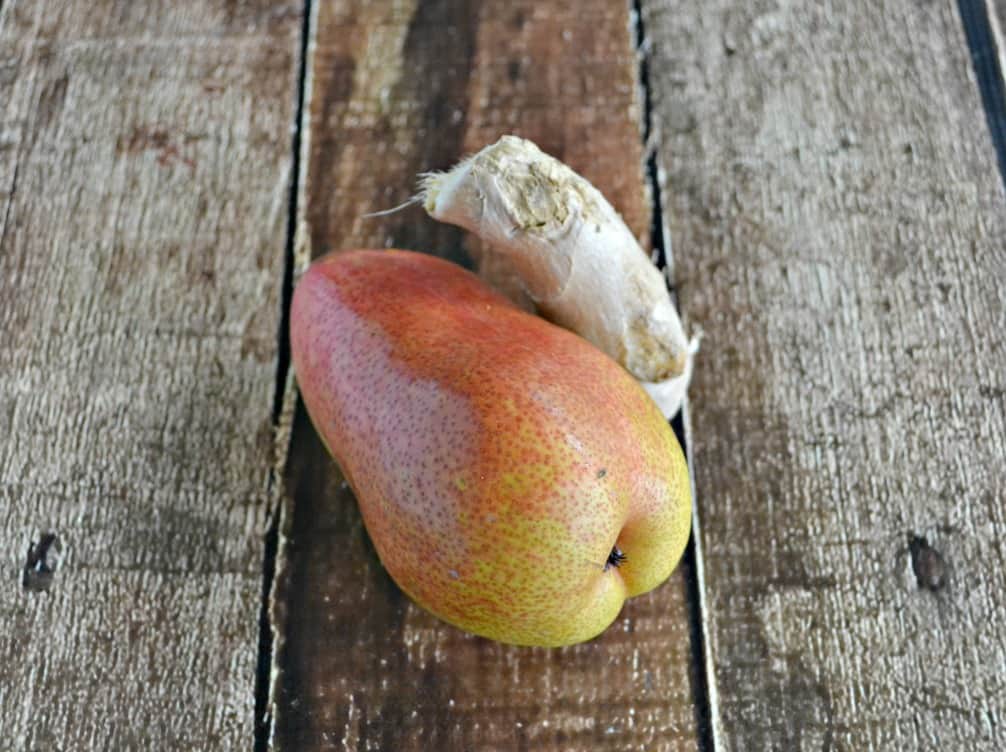 One of the jams I did make earlier in the season was this Pear Ginger Jam.   I've been all over pear jams and butters the last few years.  I'm not sure what it is about the pear flavor but it works really well in a jam.  Probably because it's so sweet and juicy and the flavor comes through in the jam.

The recipe for the Pear Ginger Jam is super easy because it only has a handful of ingredients.  I ended up using some spices as well but the other ingredients were simply pears, limes, sugar, and ginger.  How easy is that?

I found that cooking this recipe was a snap. It came together easily and thickened when it should have.  Sometimes I have trouble getting jam to thicken without additional pectin but I didn't have a problem with it this time. 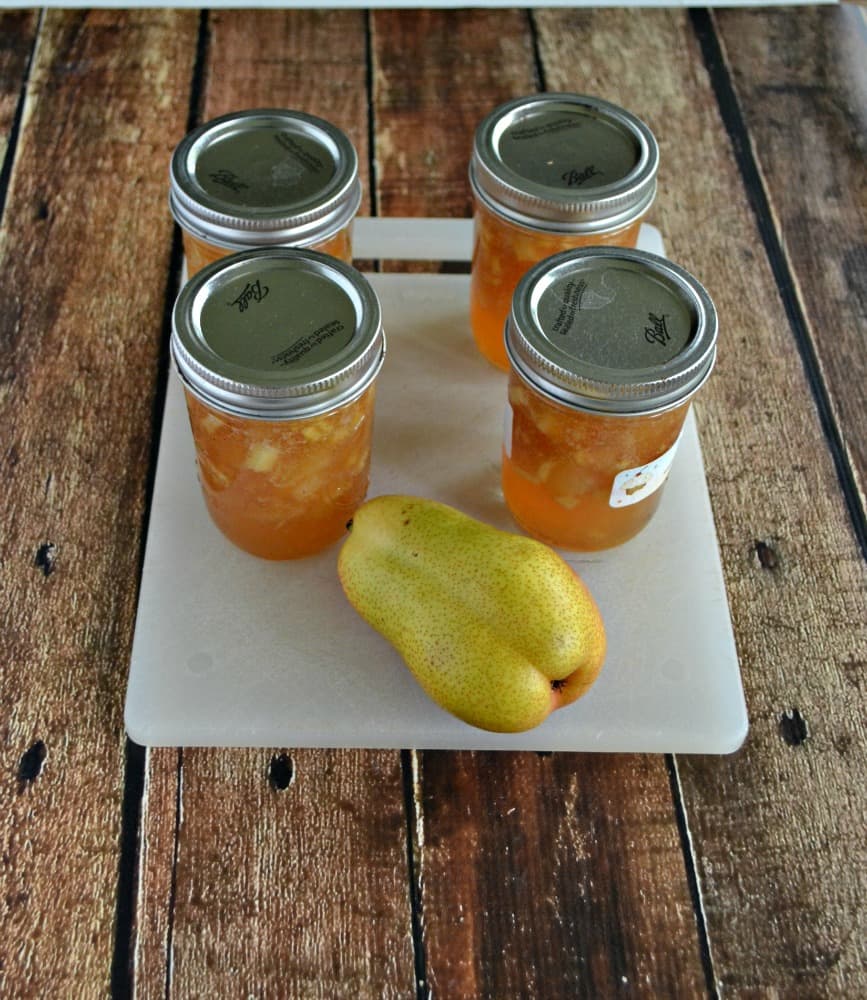 The jam gets nice and thick and smells amazing as it cooks.  It's sweet, fruity, and just a bit spicy.   I tried it on an English muffin as well as on a cranberry scone and it was delicious on both.  It would be good served with cream cheese on a cracker as well. 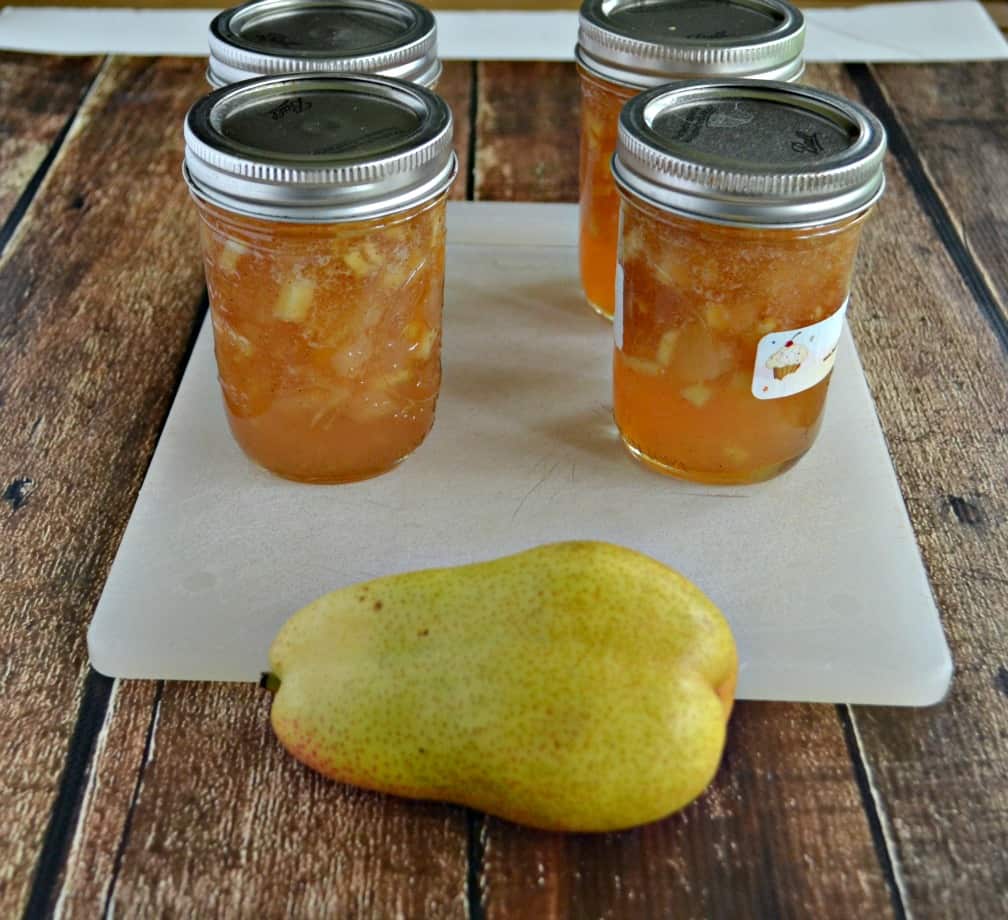