Bold, wildly beautiful, and totally her own woman, Lucky Santangelo needs no introduction. The sizzling, glamorous, sometimes dangerous daughter of former gangster Gino, Lucky is the most popular character in Jackie Collins’s wild world of lust, intrigue, violence, and redemption. A true Italian/American woman of the world, Lucky likes to shake it up in the kitchen—from traditional Italian dishes to sumptuous desserts, and crazy cocktails.

The Lucky Santangelo Cookbook features the kind of bold and audacious flavors that characterize Lucky herself. From zesty meatballs to sweet and spicy spare ribs, this book is packed with recipes suitable for everything from big family dinners to lavish cocktail parties to romantic dinners for two. The Lucky Santangelo Cookbook is certain to broaden any home cook’s repertoire in new and excitingly delicious directions.

Fully illustrated and peppered throughout with fun and delightfully provocative scenes written just for this book, readers will enjoy seeing Lucky—and Jackie—in action. So—if you want a little taste of Lucky Santangelo in your life—get into the kitchen and start getting Lucky!  (-synopsis) 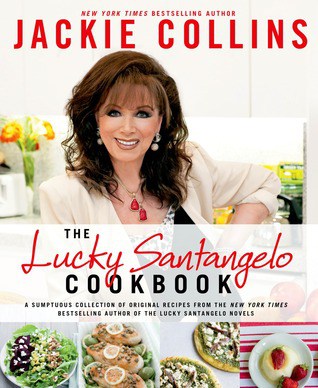 The thing I really liked about this cookbook is that most of the recipes are fairly simple to make and don’t have a ton of ingredients.  Plus, there are photos with many of the recipes and they are big and beautiful.  This cookbook is divided into several sections including cocktails, pasta appetizers, entrees, side dishes, sauces, and desserts.  There are also tips for entertaining included in with the recipes.

Some of the favorite recipes from the author are the Chorizo Chocolate Tapas, Creamy Peas with Tarragon, Potato Balls Sauteed in Butter, and Baked Peaches with Cointreau. A few of my favorites from the book were the Venus Bellini, Fettuccine with Crab and Cream, Duck Burgers with Onion Marmalade, and the Pear Tart. 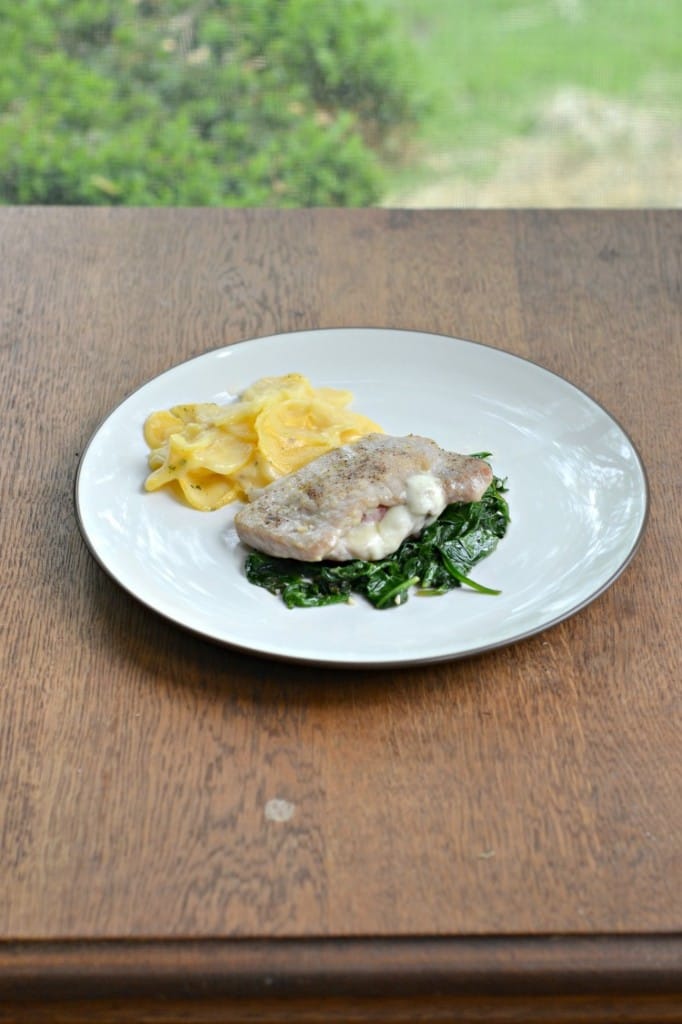 To date I have tried three recipes from this cookbook and all three have been easy to make and turned out great.   The Venus Bellini is delicious with all the fruit flavors in it.  The Pear Tart was simple and delicious, though it’s more like a cake then a tart.  Then I made the Pork Chops Saltimbocca with Sauteed Spinach.  This is an elegant dish that would be perfect for company and it’s the recipe I’m sharing with you today. 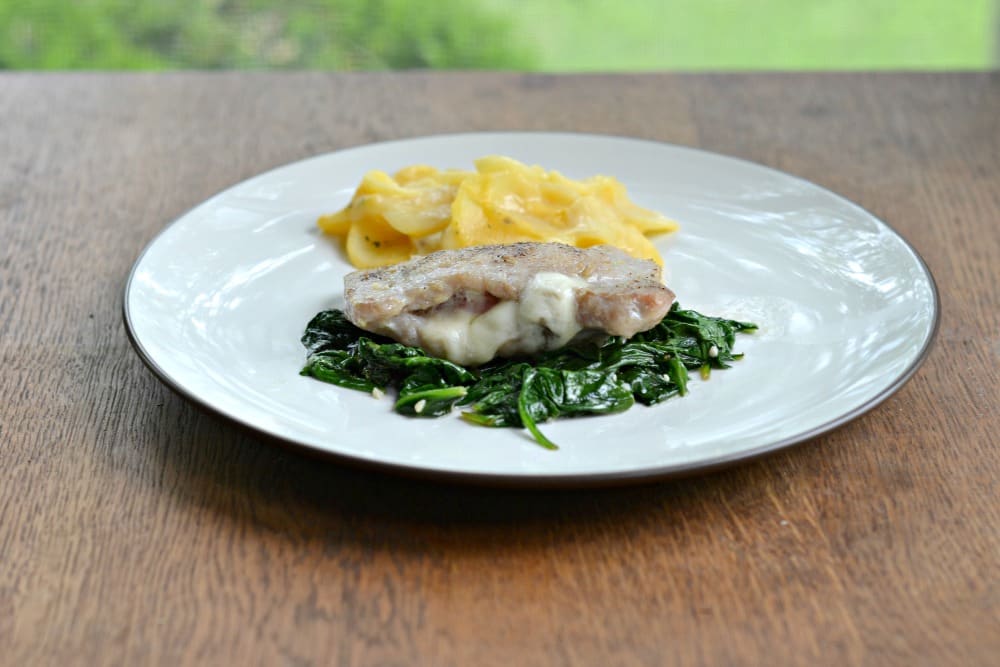 So in all, I found this cookbook to be a great resource for a mid-grade cook.  There are some recipes that require a bit of skill, but nothing is too difficult.   While a few of the recipes are lengthy and would take a lot of time, most are fairly simple.

Print
Ingredients
Instructions
Notes
I found my pork chops needed to cook 10 minutes in the oven instead of 5 minutes. I also found that the spinach will wilt after 2-3 minutes, not the 30 minutes stated in the recipe 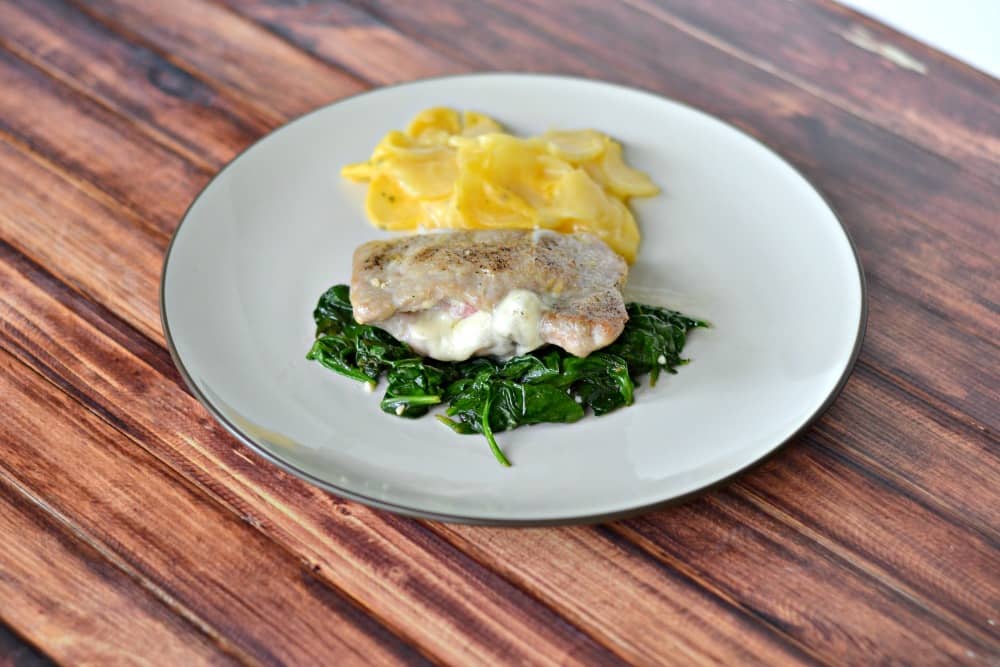