So pumpkin season is in full swing.  I feel like I've been baking pumpkin desserts every single weekend.  There are just so many different ones to make and I love the smell of pumpkin baking in the oven. I found a recipe for Pumpkin Magic Bars and really wanted to make them.  However, if you've read some of my other posts you know that Magic Bars rarely turn out for me.  I can't figure out what the problem is but they are often soft and lose their shape even after putting them in the refrigerator. 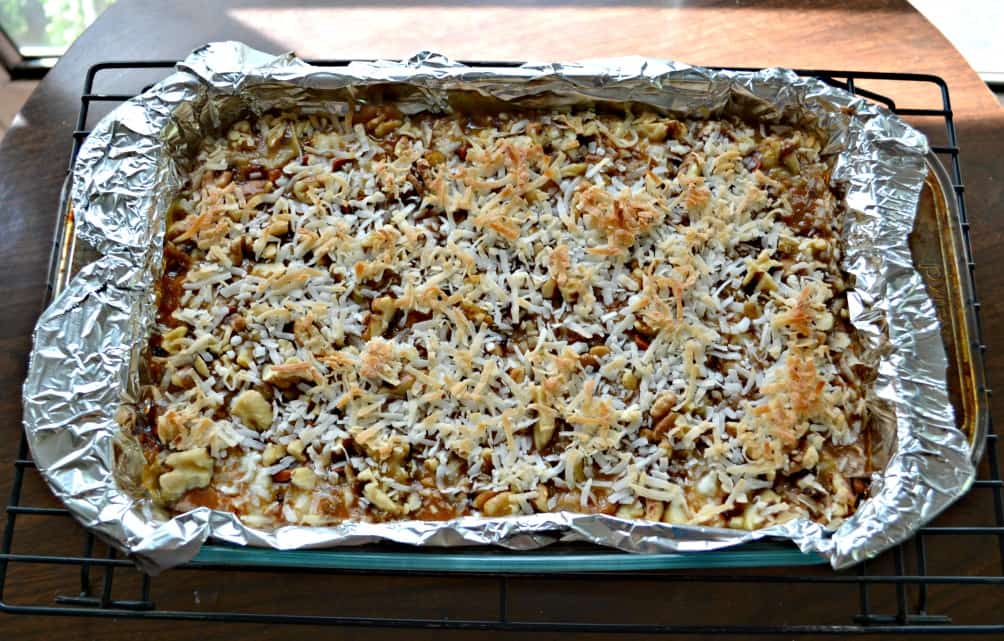 I really liked the sound of the recipe though so I went for it.  I figured if it didn't turn out I could always crumble it up and use it in a pumpkin parfait.  But I was really hoping that these bars would work out for me.

The original recipe calls for a gingersnap crust but since I didn't have any I used graham crackers and a few spices.   Then instead of sweetened condensed milk I used a caramel flavored condensed milk.   Then I added in cinnamon chip sand walnuts. I baked the bars in the oven and they smelled incredible.  The scent of pumpkin, caramel, and cinnamon made the entire house feel warm and inviting.  When I pulled them out they looked a little under-cooked in the middle but were brown on the edges so I kept them out. I ended up cooling them in the refrigerator and they actually got firm!    I was so excited I quickly cut them into pieces and dug into one.   It was delicious!   The crust was sweet and spiced and the middle was a combination of pumpkin, white chocolate, cinnamon chips, and pecans.   The pecans gave the bars a nice crunch.  The coconut on top was crisp and added some texture to the bars. These are definitely a decadent treat that I'd love to have again. My husband said they are one of his favorite pumpkin desserts.

Adapted from Pumpkin It Up! by Eliza Cross