Thick slices of bread dipped in a sweet vanilla egg batter then coated in cinnamon cereal and panko make for crunchy French Toast Sticks that make a great breakfast when dipped in syrup! 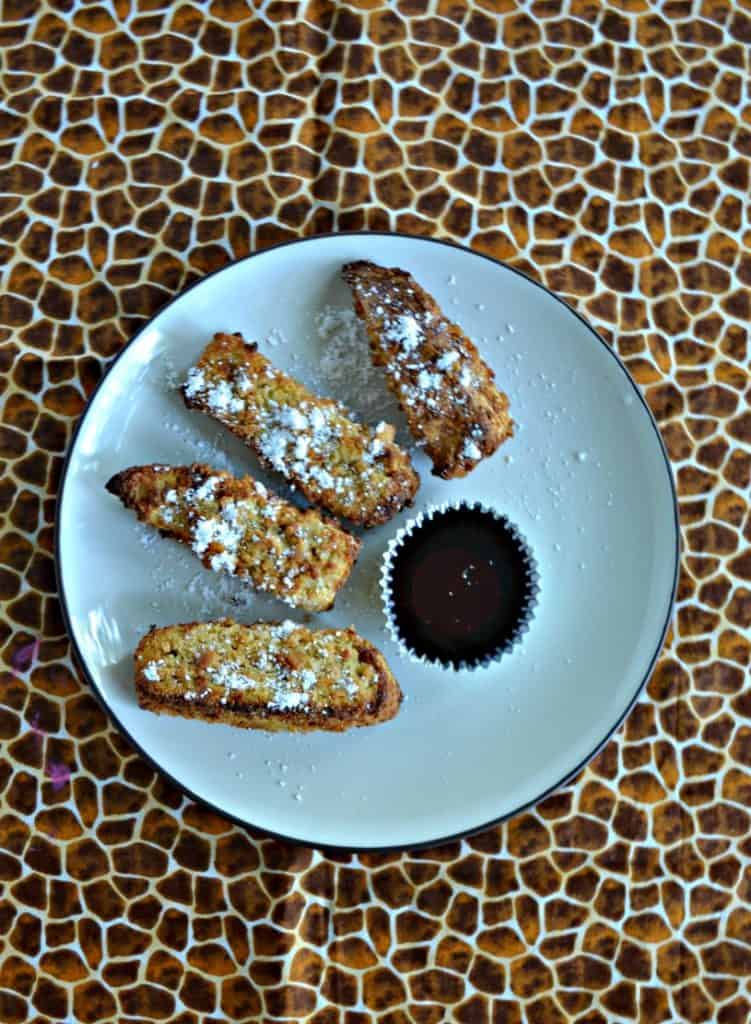 Instead of working my way slowly into the world of sourdough starters I just jumped right in.  After a week of getting my starter bubbly I began making everything I could with the discard.   In the first week I made biscuits, English Muffins, blueberry muffins, and sourdough bread.

Since we had an abundance of bread products I needed to do something with the sourdough bread but I didn't want to waste it.  I wanted to make something that I could freeze for later and these Crunchy French Toast Sticks seemed like a good idea!  I'm always in the need of something different for breakfast and I happen to have a box of Cinnamon Toast Crunch Churros cereal that I wasn't using that was going to be perfect for coating the French Toast sticks. 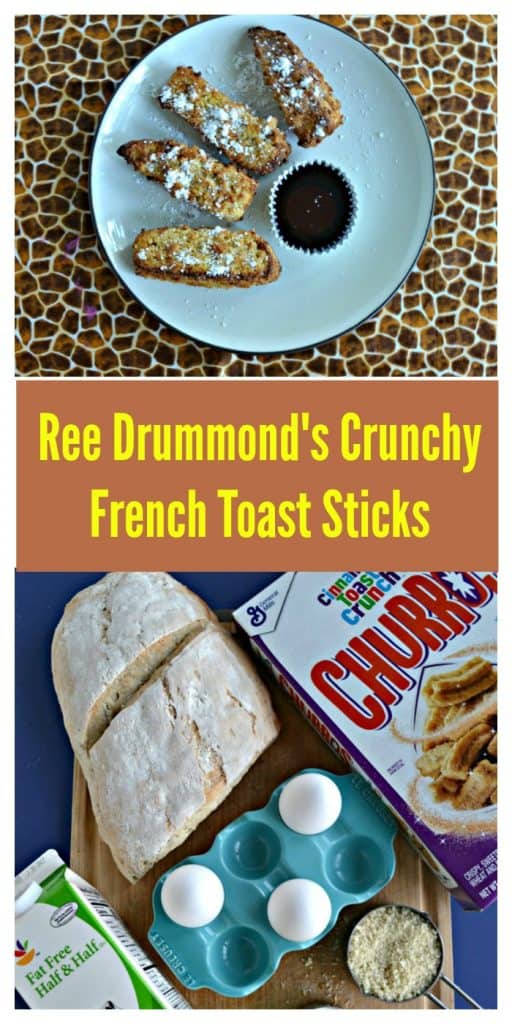 The sourdough bread was thick which made it the right choice for the French Toast Sticks.  I mixed up batter with eggs, half and half, cinnamon, and sugar.  I dipped thick slices of the bread into the batter then rolled them in the crushed cinnamon cereal and panko mixture.

At this point I could have just baked the French Toast sticks but instead I chose to flash freeze them.   After freezing them I put them into bags of 4 and put them in the freezer for later. 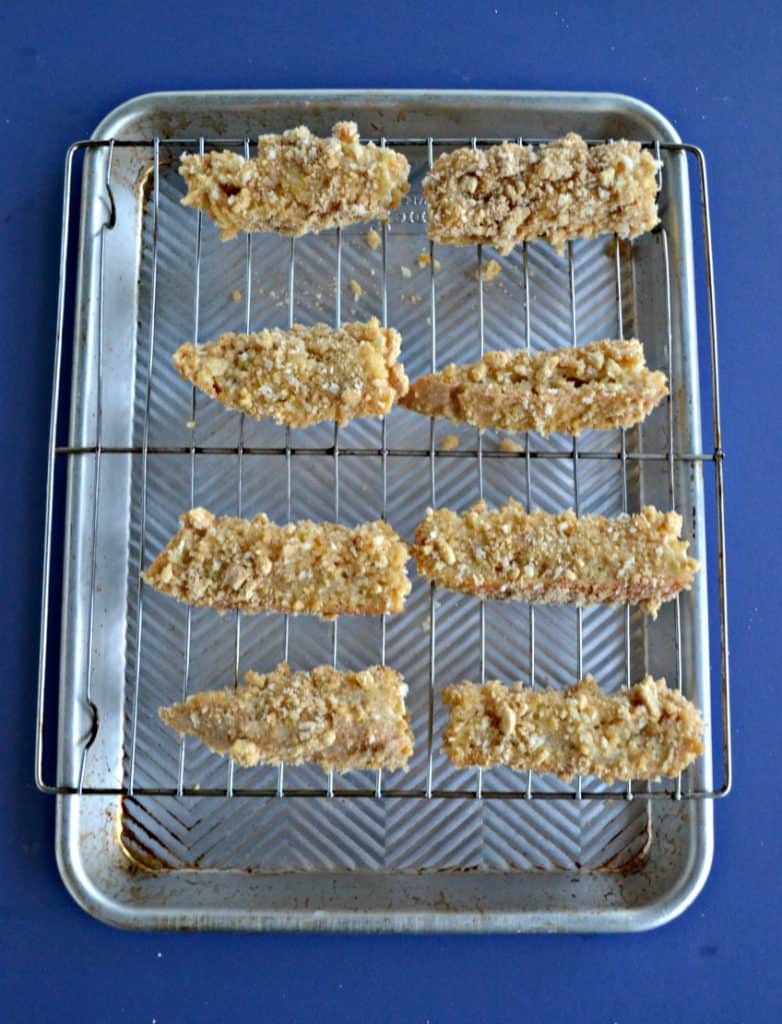 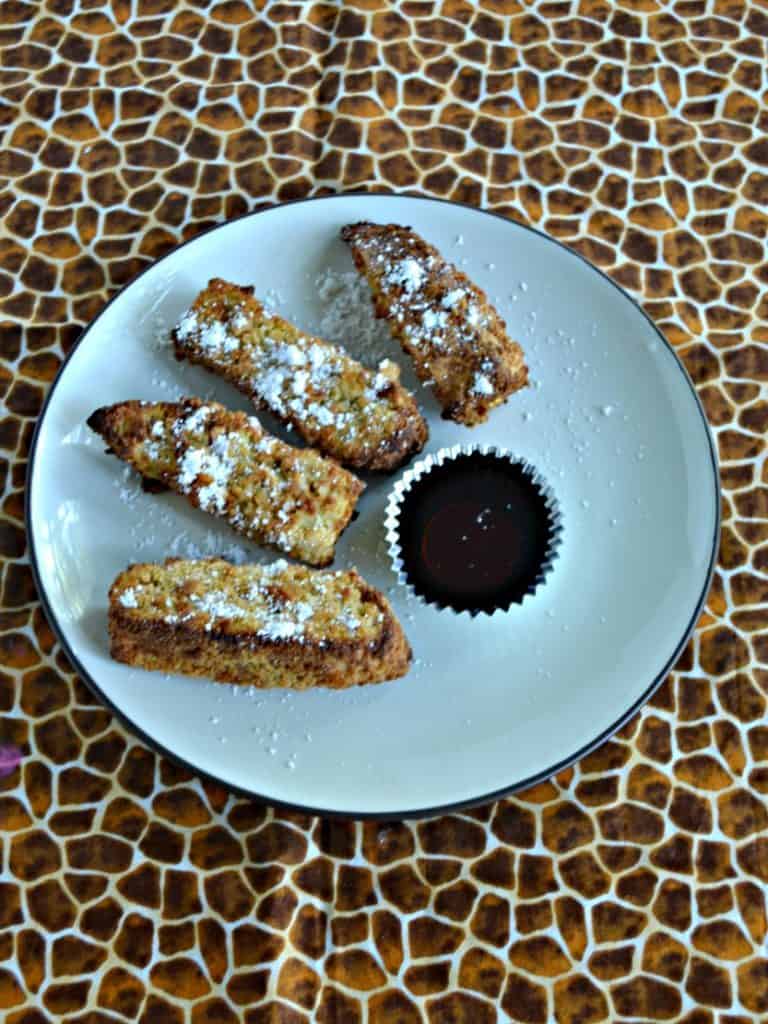