I love rhubarb.  It's something that usually can't be found at the markets here in my town so I have to rely on "underground" rhubarb if I want any.   My mom grows it in her yard but she's afraid it isn't safe to eat so I never get any of it.   So when another teacher asked me if I wanted some from her garden a few weeks ago I jumped at the chance.   She ended up giving me 3 pounds of rhubarb! 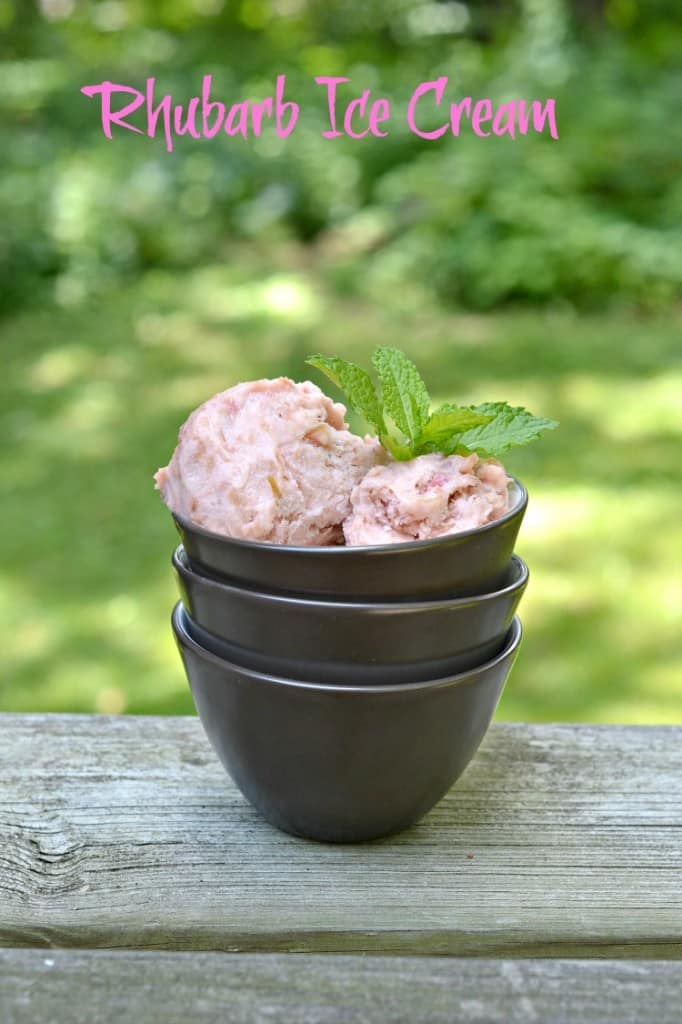 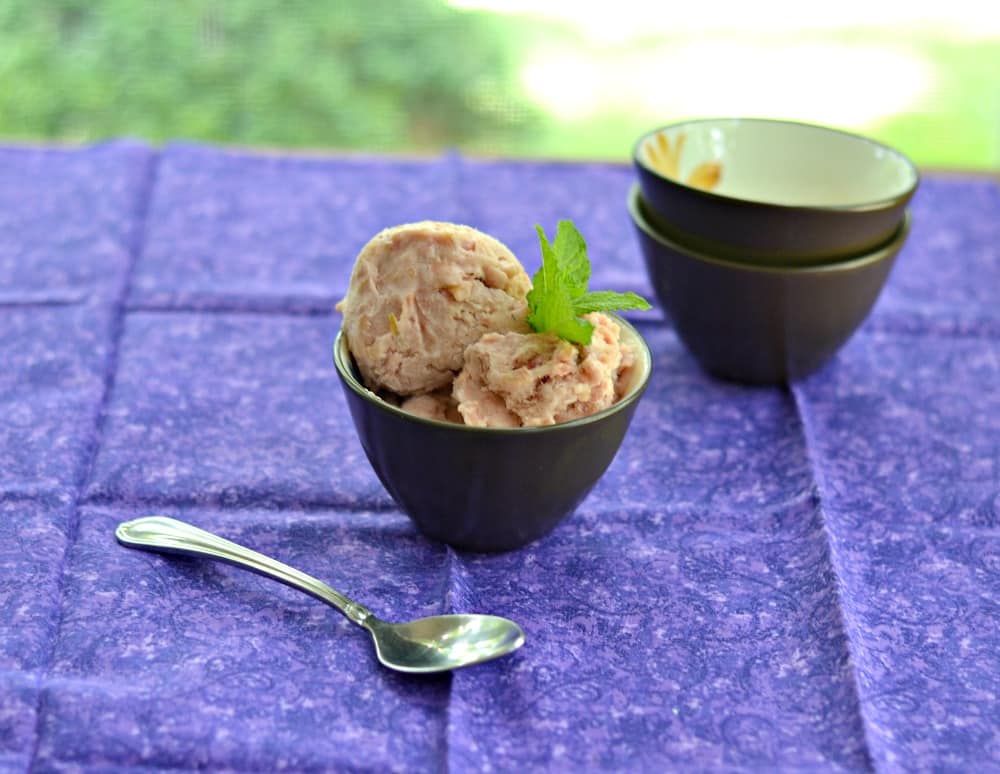 The rhubarb is baked in the oven with sugar until it is soft.   Then it's mixed with heavy cream and some spices and frozen.  I wasn't quite sure how it would turn out but it ended up a really pretty pink color and froze solid.   As soon as it came out of the freezer it softened and was much like a soft serve ice cream. 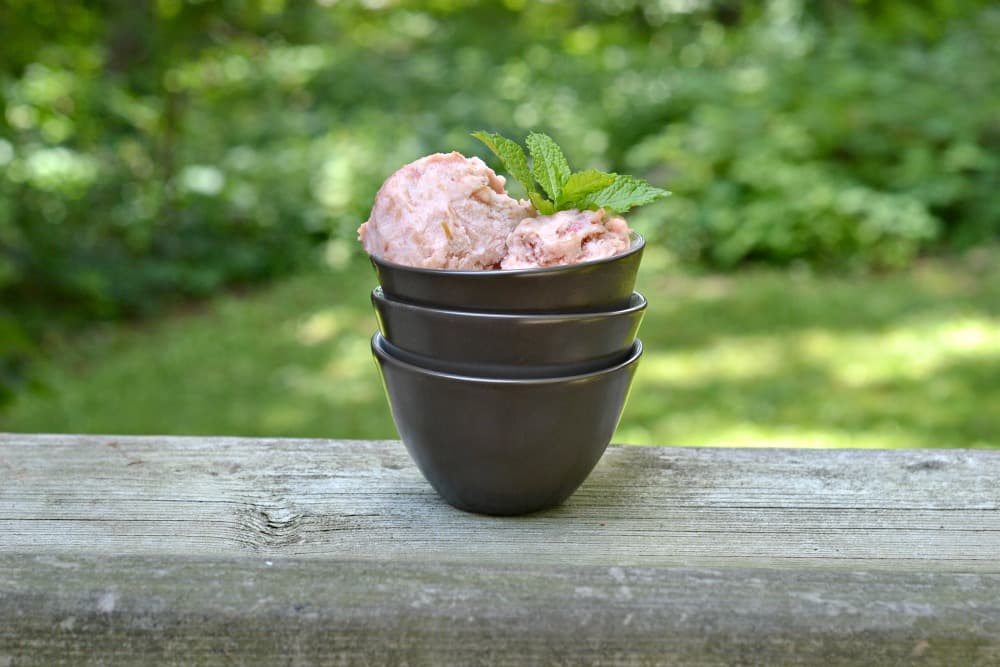 It was sweet but slightly tart from the rhubarb.   There were small chunks of the rhubarb in it which made it pretty delicious.   My husband and I enjoyed a bowl after dinner three nights in a row.   It was definitely an easy ice cream to make and a great one if you don't have an ice cream maker.

Source: Adapted from: Taste of Home 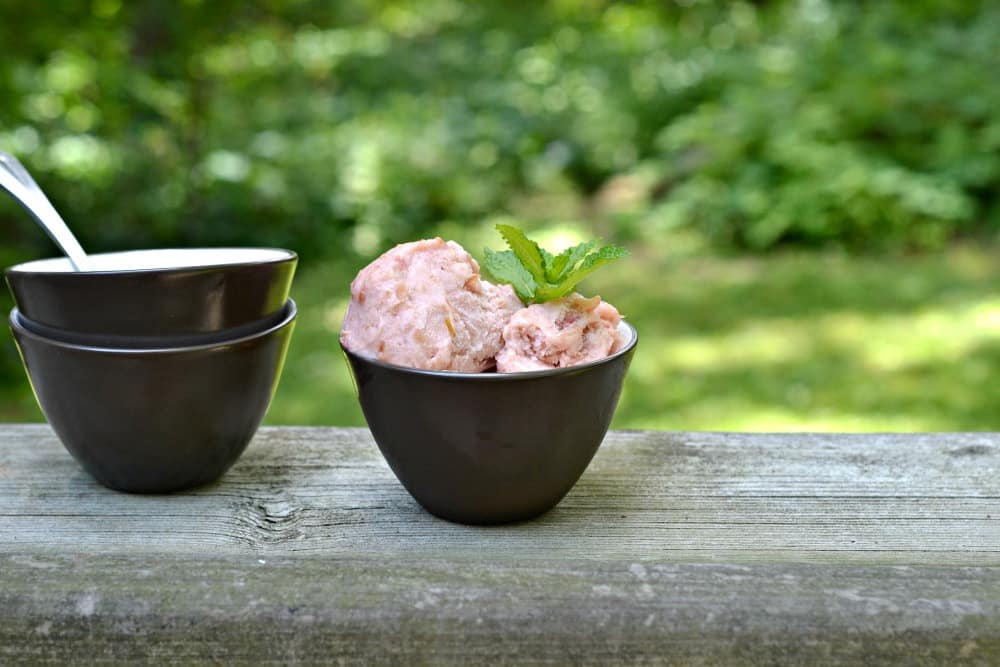