Recently I made my very first risotto.  It was much easier then I thought it would be and it tasted delicious.  The hardest part of making a risotto is being patient while the rice absorbs the liquid.  So when I came across a pasta dish that used the same technique I couldn't wait to give it a try.  After all, who loves pasta more then me?! 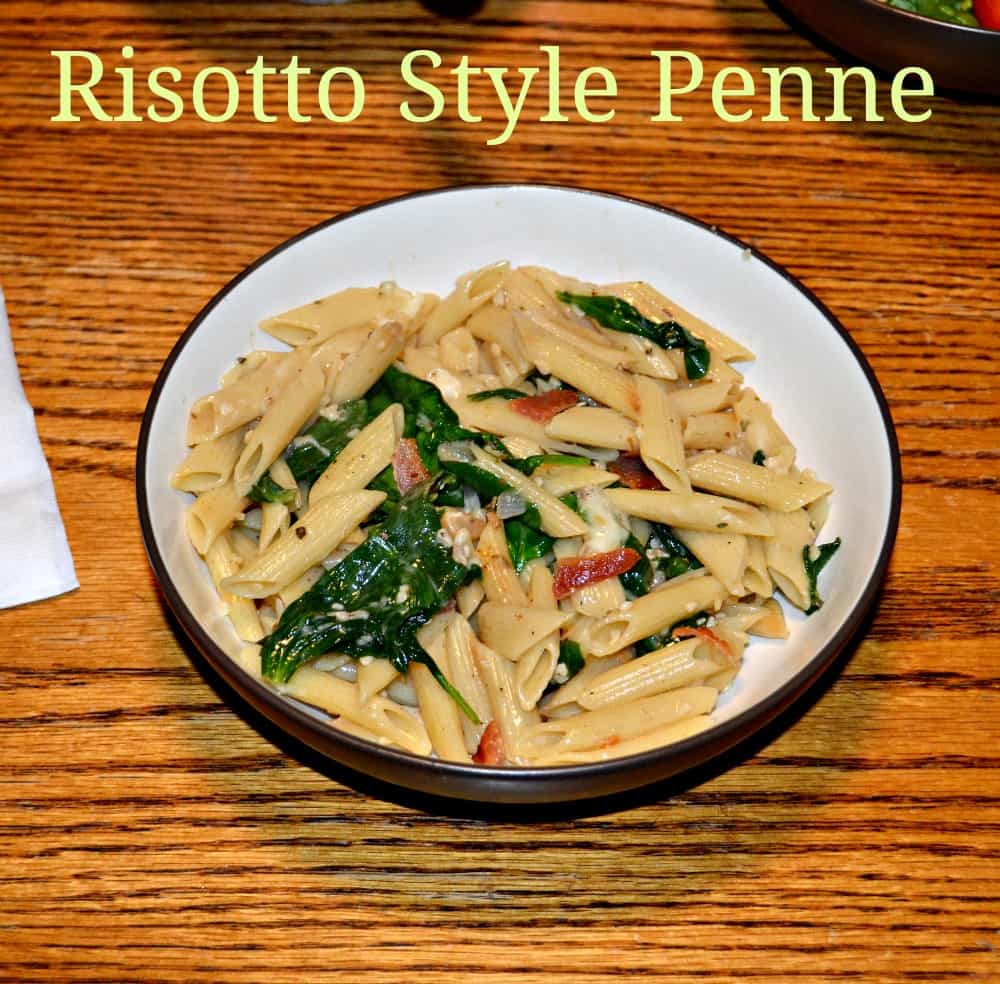 I have to say I was skeptical because mostly the recipe was pasta and chicken broth.  At the very end a few other ingredients were thrown in but I was worried that there wouldn't be enough flavor.  Boy was I wrong!  The Parmesan cheese and bacon add saltiness to the dish while the lemon juice really brightens it up.  The spinach adds some texture as well as a vibrant green color.

The dish was wonderful.  The penne was so tender and flavorful.  I added a few seasonings to the dish but it really didn't need much.  My husband was very happy with the dish as well and proclaimed it a winner.  It only took about 30 minutes to cook and was made with ingredients I always keep in the house.

1.  In a large skillet cook the bacon until browned and crisp.  Remove to a paper towel lined plate.

2.  Leave 1 teaspoon of bacon grease in the skillet and pour the remaining bacon greased into a small bowl.  Turn the heat to medium and add in the shallot and garlic.  Cook for 3-4 minutes or until brown.  Spoon the mixture into a bowl.

3.  Add 1 tablespoon of reserved bacon grease to the pan and add in the penne.  Stirring constantly, cook for 4-5 minutes or until the pasta begins to brown.

4.  Meanwhile, heat the chicken broth in a saucepan over medium heat.  Continue to keep it warm throughout this process. 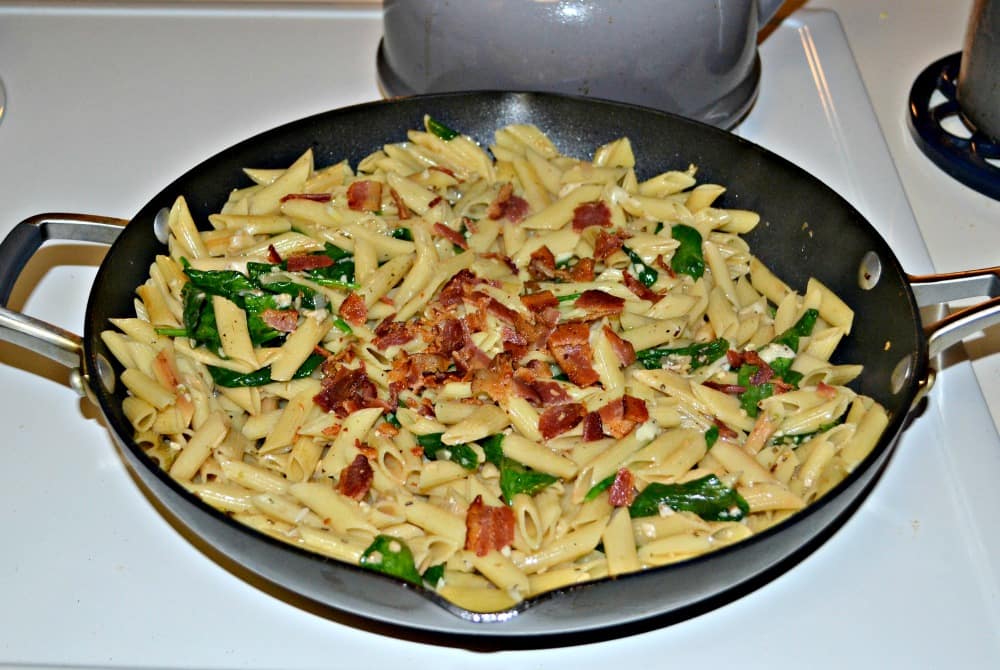 5.  Add 1 cup of the chicken broth to the pasta and stir constantly until absorbed (about 5 minutes).  Add the remaining stock ½ cup at a time, stirring until it is absorbed.  This will take about 20 minutes.

6.  Once almost all the liquid is absorbed, add the spinach, lemon juice, pepper, and oregano to the skillet and cook for 3 minutes or until spinach begins to wilt.  Remove skillet from heat and add Parmesan cheese and crumbled bacon.  Toss to coat.

7.  Serve the pasta mixture in a bowl and top with 1 tablespoon of warmed marinara sauce if desired. 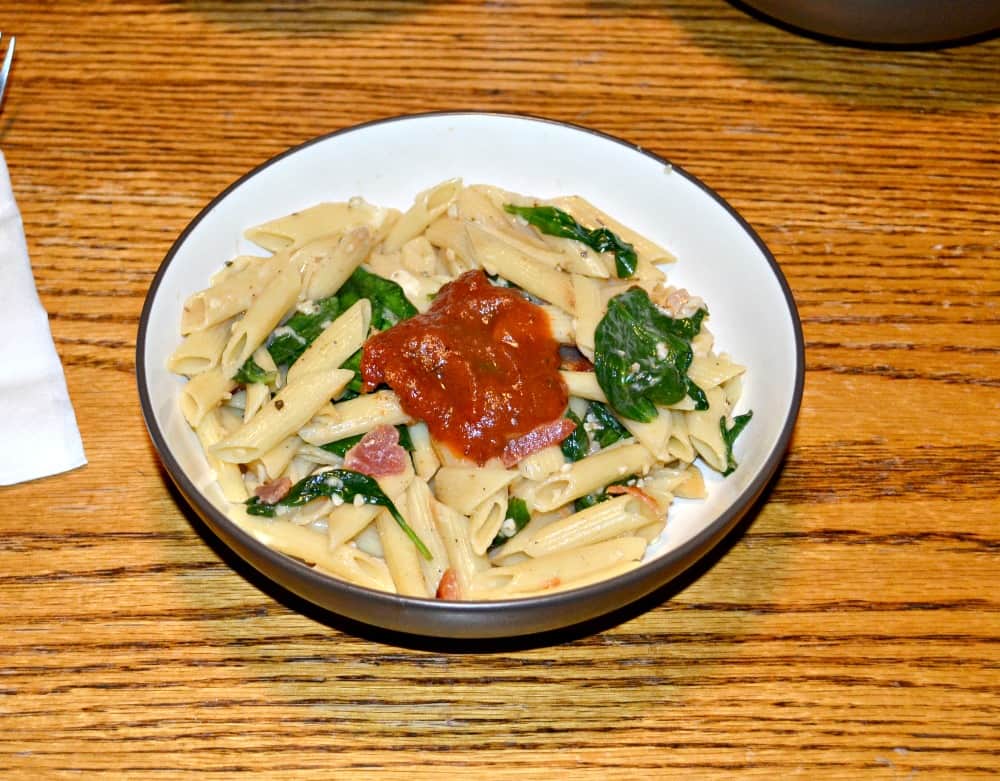