I’d like to begin by saying how much I love the Stephanie Plum series. I’ve read them all and am pleased that the movie is being filmed in my hometown of Pittsburgh. I’ve had a birthday card and a book for my wedding signed by Janet Evanovich.

With that said, I was highly disappointed with the sixteenth installment of the Stephanie Plum series. The book is Sizzling Sixteen by Janet Evanovich. The book begins with Stephanie’s cousin Vinnie being kidnapped by his bookie because he is unable to pay his gambling debt. After hearing that Vinnie will be killed if his debts aren’t paid Stephanie, Lula, and Connie decide to find Vinnie and raise the money needed to pay his debt. After all, if Vinnie’s dead they are all out of work.

Along the way they run into cows, men shooting at them, and even an alligator. The plot is very similar to many of the others in this series. Stephanie gets herself into trouble, Ranger comes to the rescue, and Morelli still takes home the girl. Oh, and Stephanie blows up yet another car.

In the end the girls come up with the money, save Vinnie, and their jobs. While there were some tense, almost steamy scenes with Ranger, Stephanie still in unsure of which man in her life she will choose. Personally, I wish she would give Ranger a chance and then pick a man for good. I feel for Ranger who does nothing but feed, give cars to, and rescue Stephanie only to have her run back into Morelli’s arms at the end of the book.

I’m giving this book 2 ½ out of 5 stars (and that’s only because I really enjoy the earlier books and hope the next one get better.) 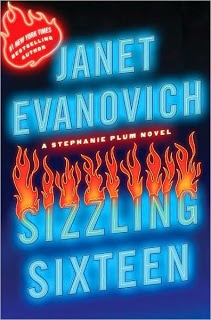