A few years ago I was introduced to s'mores brownies.   These were game changers.   Thick, chocolatey brownies topped with graham crackers and toasted marshmallows?   They are totally amazing and I make them often, especially when someone asks me to bring dessert to their house. 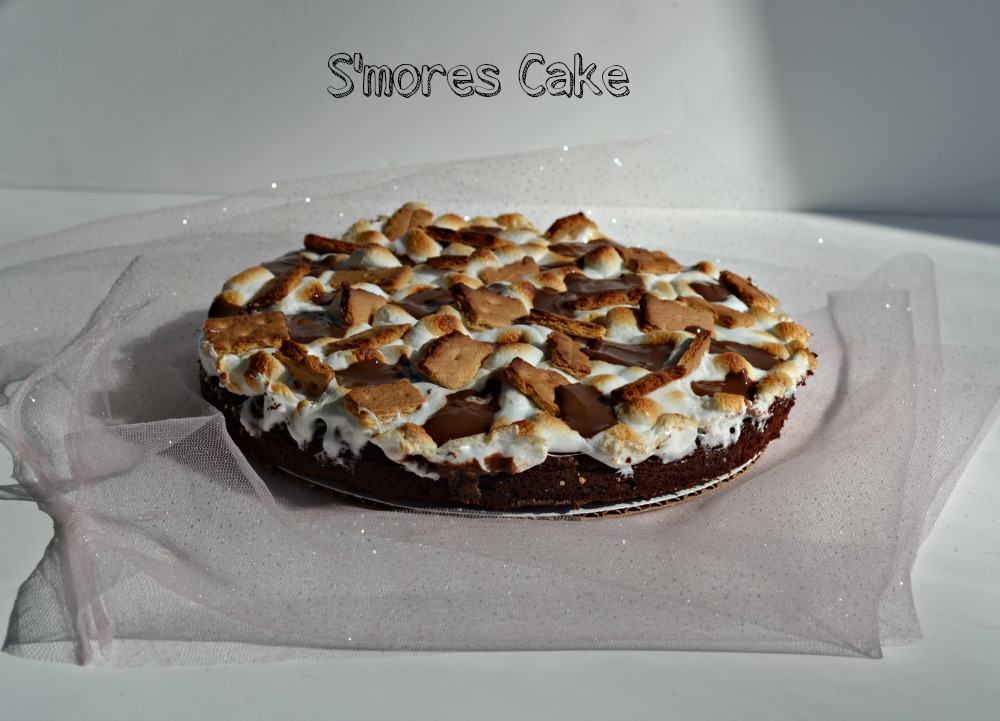 A few weeks ago my instructional assistant was having a birthday.   Since I am the dessert queen I knew I had to make her a cake.   The problem with this is that she isn't a huge fan of frosting.   Craziness right?   That's my favorite part of the cake but she usually scrapes hers off or eats around it.   Since I wasn't about to make a cake or cupcakes minus the frosting I had to come up with another plan.

The good news is that she loves chocolate.   I figured I could bake a cake and top it with ganache or something similar, but since I don't like over the top chocolate desserts I nixed that as well.  Then I thought of my s'mores brownies and realized I could probably use the same topping idea on a chocolate cake.   No frosting but the top would be covered in graham crackers and toasted marshmallows.   It was a win-win idea for everyone!

I just went with a basic chocolate cake recipe.   Initially I was going to make a double layer but then I didn't know what to fill it with so I simply made a single layer cake.   When it was finished I topped it with graham crackers and mini marshmallows and put it under the broiler until they browned.   Once out of the oven I pressed Hershey Bar pieces onto it.   When it cooled it was a delicious sight. 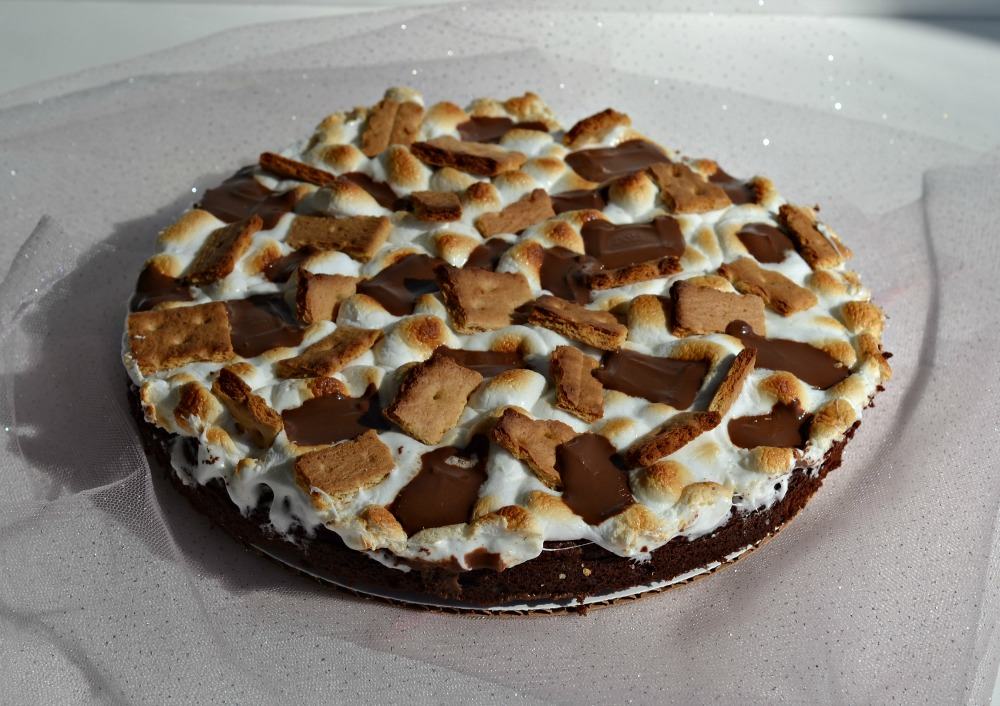 I took it in to my friend the next day and she was thrilled!   She loved the idea of topping the cake with the s'mores toppings instead of frosting.   I won't tell you how much cake we ate but lets just say that throughout the day we both had more then a few nibbles of cake...and we may not have shared with anyone else!   This is a fun and super rich cake that both kids and adults will love. 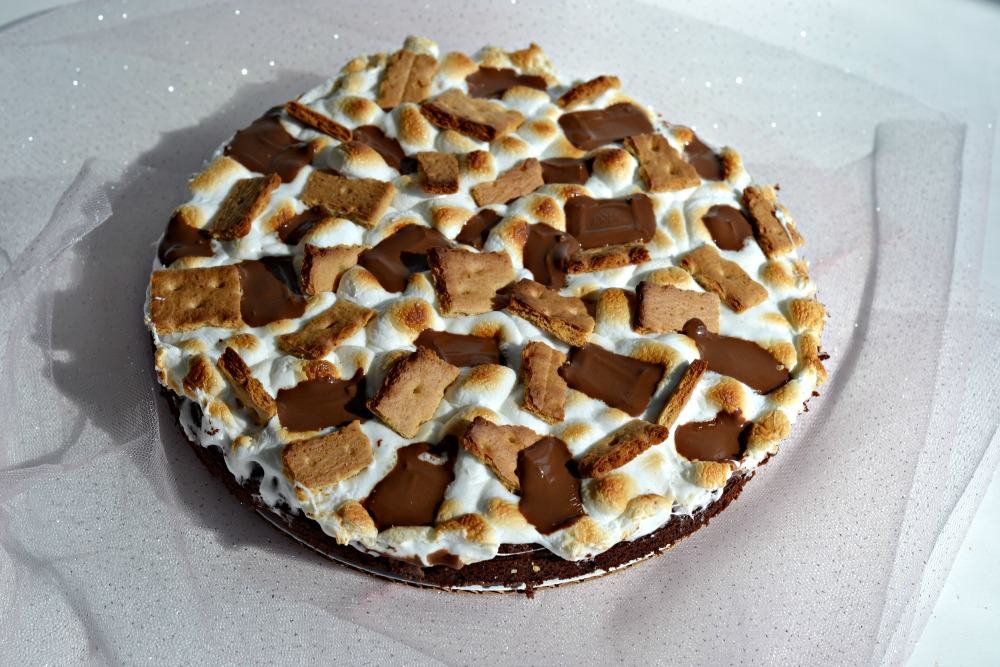