A few weeks ago I received a box in the mail from Bob's Red Mill.  I've been having a great time baking with the products that they sent.  I've made Gluten Free Vanilla Cupcakes, Jalapeno Cheddar Blue Corn Muffins, and this week I made Snickerdoodles with Almond Flour! 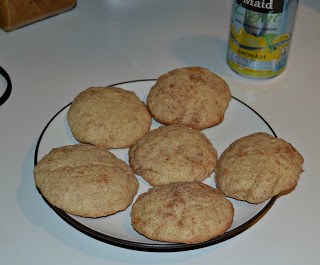 As promised this week I'll be giving away a Bob's Red Mill gift package containing Almond Flour, Blue Cornmeal, and Gluten Free Vanilla Cake Mix!  See below for details on how to enter this giveaway.

Anyhow, back to the snickerdoodle cookies.  When I first received my package from Bob's Red Mill I was going to make macarons with the almond flour but I've made those before and wanted to try something different.  I've been baking more gluten free but generally I use a blend of gluten free flours.  This time I wanted to try a cookie with all almond flour. 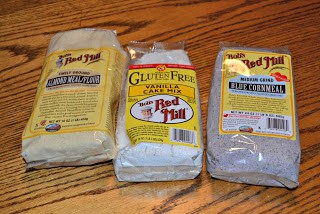 I've never baked with all almond flour before but I do know that baked goods with almond flour are more crumbly then those with regular flour.  I found that they baked up puffier then regular cookies and while they did crumble, if I let them cool on the cookie sheet for several minutes they stayed in one piece when I transferred them to a wire cooling rack.  They have a different texture to them then regular chocolate chip cookies but they ended up tasting great and I was able to share them with my gluten free friends! 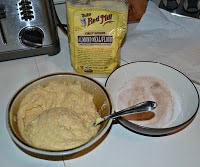 1.  Preheat the oven to 350 degrees.  Line a baking sheet with parchment paper.

2.  In a large bowl cream together the butter, applesauce, sugar, and brown sugar.   Mix well.  Add in the vanilla and eggs, mixing until incorporated.

3.  In a medium bowl combine the baking soda, salt, cinnamon, cream of tartar, and almond flour.  Add to the butter mixture and mix well.

4.  In a small bowl combine the sugar and cinnamon.

5.  Roll the dough into 1 inch balls and roll in the cinnamon sugar mixture.  Place on the cookie sheets 3 inches apart.  Bake for 11-13 minutes or until golden brown.  Remove from oven and cool for 2-3 minutes before moving the cookies to a wire rack to cool. 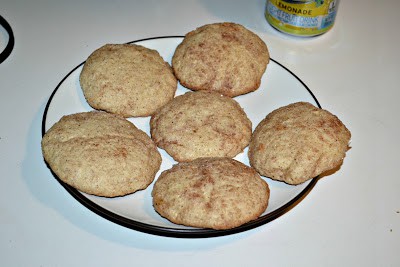