You all know how much I love to make holiday treats.  Once I start I just can't stop!   However, it's hard to make batch after batch of cupcakes and cookies and not eat them so lately I've been making a basic batch of batter then tweaking it so I'm making anywhere from 2-4 different flavors of cupcakes in a single batch of batter.  It's not hard to do and I'm only really making 1-2 dozen cupcakes instead of 5-8 dozen cupcakes. 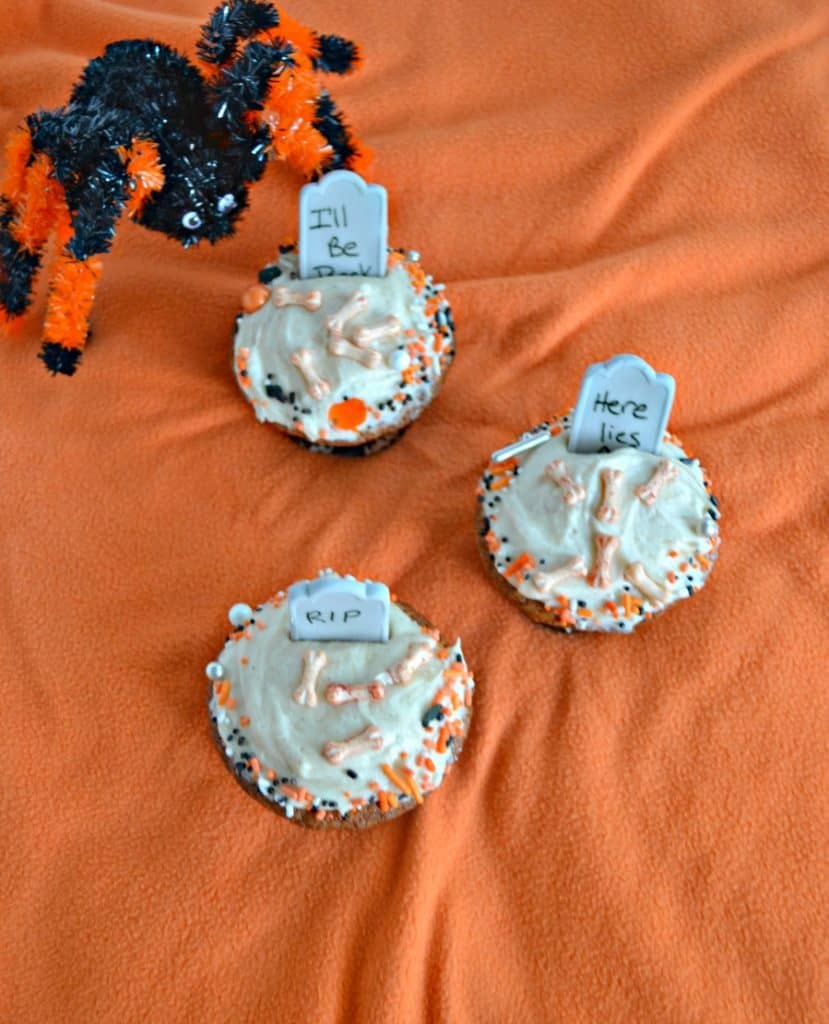 The recipe for Spiced Caramel Halloween Cupcakes started as a basic yellow cupcake batter.  I used my favorite recipe and then I added in caramel sauce and spices to switch it up a bit.  I had to adjust the amount of liquid as well since the caramel sauce is so runny.

These cupcakes baked up pretty well although they began to sink once I took them out of the oven.  It wasn't too bad though and that just meant that I would add a touch more frosting to the mix.   They ended up being pretty light and airy which I was surprised about but they had a great flavor.   They were full of spices and tasted of a light caramel.   Spice Caramel Cupcakes are perfect for fall.

For decorating I made an easy caramel buttercream frosting which is basically my buttercream frosting with some caramel sauce added to it.  Then I rolled the outside edges in Halloween sprinkles.   I found these fun edible tombstones that you can write on from Wilton and put those on top along with a few candy "bloody bones". 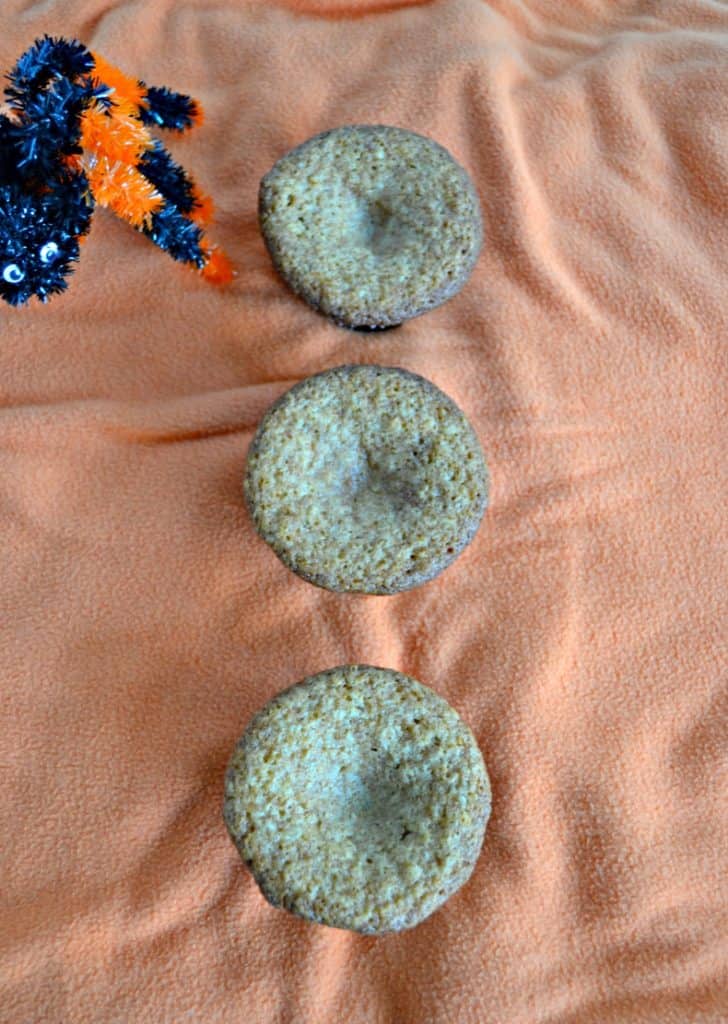 The resulting cupcakes looked like a graveyard scene which is great for Halloween.  They were also super easy to decorate since the tombstones and bones came in a decorating kit.  While I whipped up my frosting from scratch you can use a can (though I NEVER do) or make your own favorite frosting recipe. 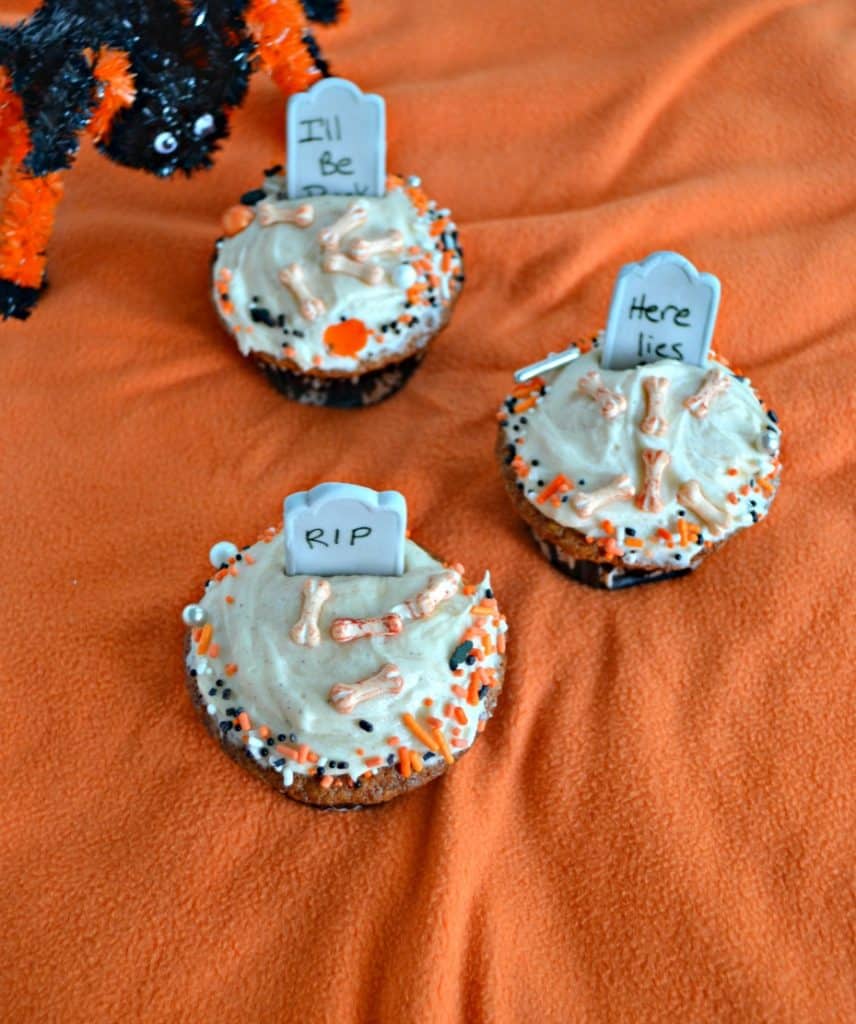