A few months ago I looked up a few cocktail recipes and wrote myself a list to take with me to the liquor store.  While there I planned to get a small bottle of pear vodka.  There were 2 recipes that had the pear vodka in them so I was hoping I could just get a pint of it as I couldn't fathom that we would ever drink more than that. 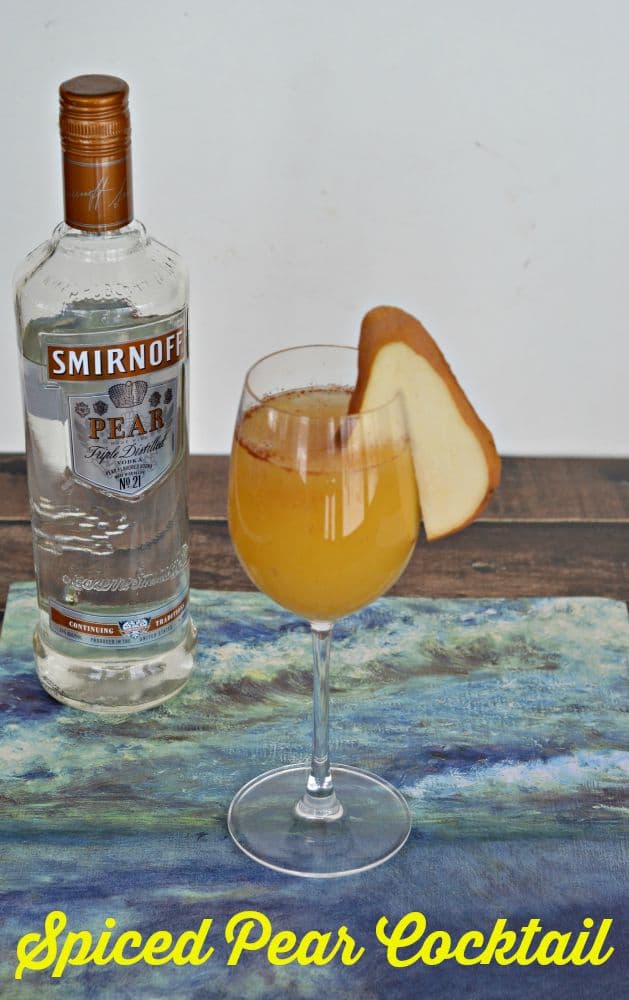 The first recipe was Pear Ginger Lemonade and is still one of our favorite summer cocktails.  The second cocktail is this delicious Spiced Pear Cocktail which is perfect for fall or winter.   We loved both of these cocktails so much that I was glad I could only find the big bottle of pear vodka because in just a few months we've gone through the whole thing!

This tasty fall cocktail is made with the pear vodka, lemon, and orange juice.   Then it's mixed with vanilla and spicy cinnamon.   It is lightly fruity and the vanilla and cinnamon really shine through.   I garnished it with a large pear slice which was just about perfect. 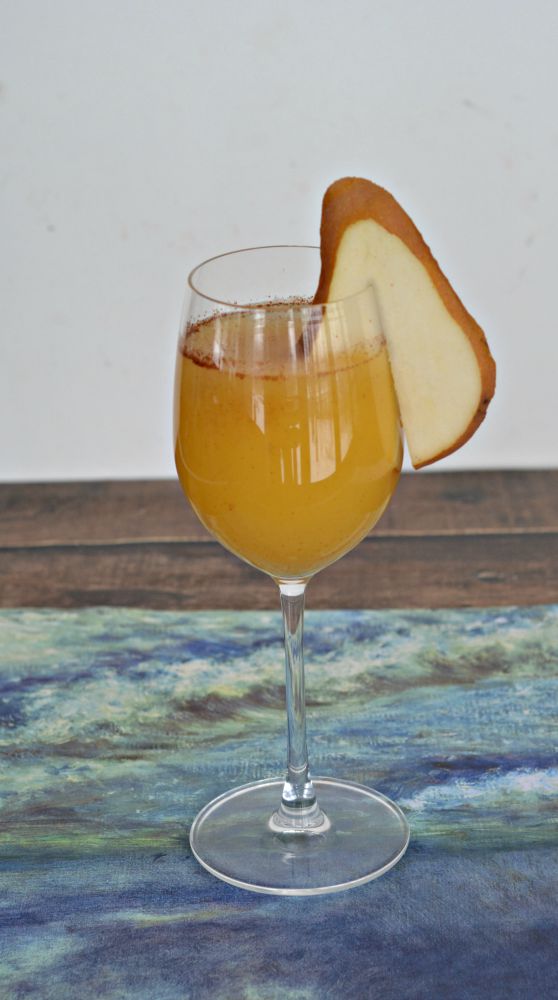 This would be a great cocktail for a fall harvest party or a fall themed cocktail party.  It's pretty, it's easy to make, and it's delicious. 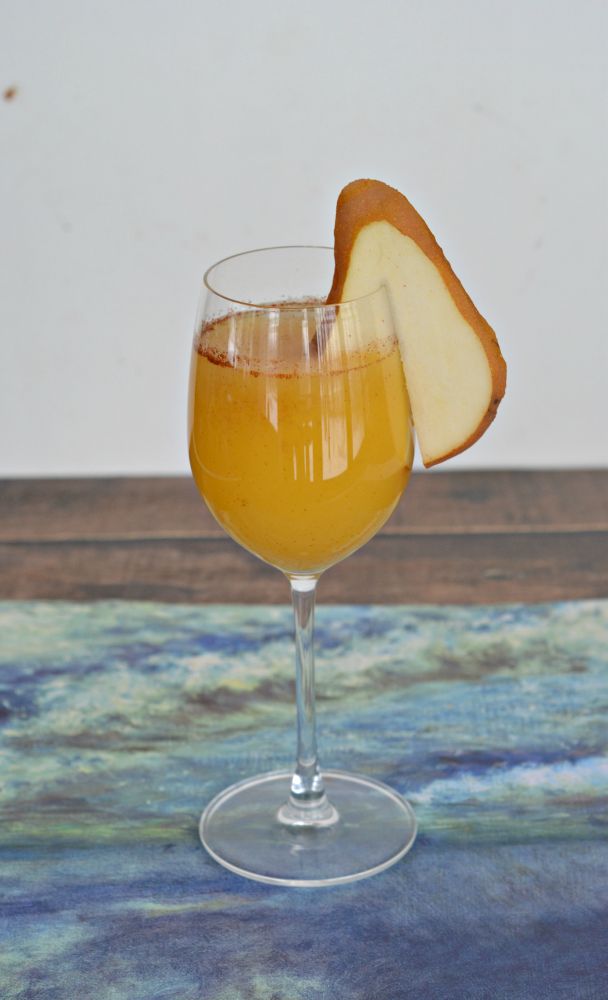