With winter in full swing I feel like I don't get to enjoy much sunlight during the week.  I leave for work around 7 when it's still pretty dark outside and I get home around 4 and if I'm lucky I get to enjoy an hour of daylight.  The last thing I want to do during that hour is spend it in the kitchen making dinner. 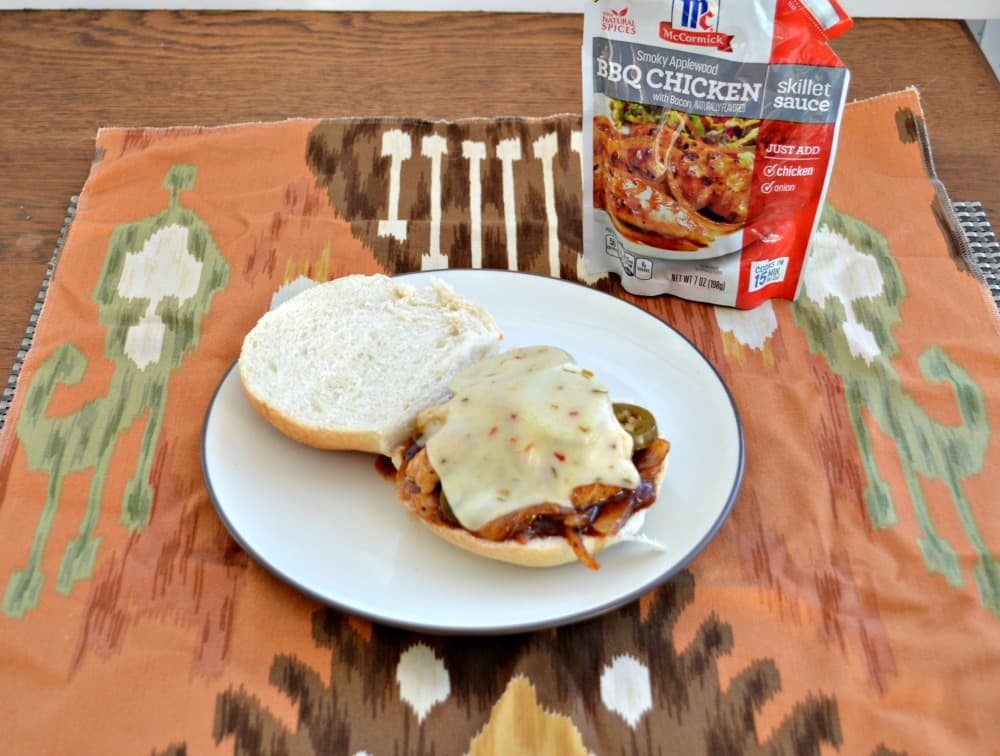 I'm not sure if you remember but one of my New Year's resolutions was to spend less than an hour in the kitchen during the week cooking dinner.  Ideally I wanted to cook most of my weekday meals in 30 minutes or less.   In the last month I've done a great job of sticking to that!  I've been spending an average of 25 minutes in the kitchen on workdays and in order to do that I've had to come up with some creative and flavorful meals.

One of my favorite ways to cook food fast is in a skillet on the stove top.    I recently discovered McCormick Skillet Sauces.  These skillet sauces are packed full of flavor that help to create a home cooked, fresh tasting, family meal in no time.   I've been loving them for weeknight meals.   Last week I posted a recipe for Tres Carne Fire Roasted Chili over egg noodles using the Fire Roasted Garlic Chili Skillet Sauce.   I made it in under 30 minutes and it tasted like it had been simmering on the stove for hours. 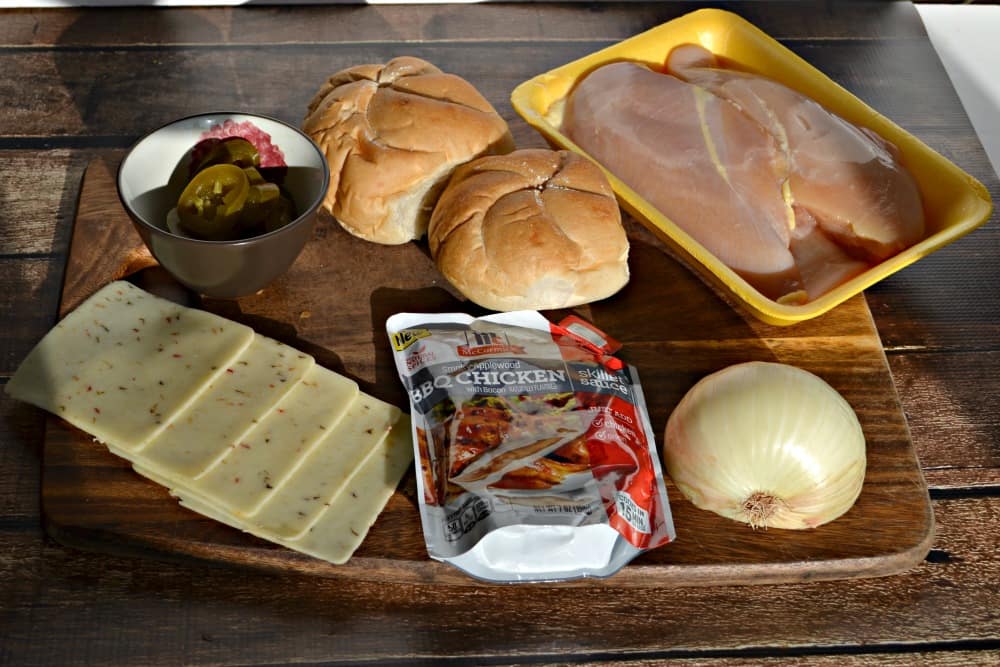 My new favorite skillet sauce is the Smoky Applewood BBQ Chicken with Bacon sauce.   I end up making chicken at least once a week so I'm always looking for new ideas to cook it.  I'll often pan fry it, put it in enchiladas, or use it in a stir fry.  With the Applewood BBQ skillet sauce I've been making BBQ chicken tacos and BBQ chicken sandwiches.   I'm a huge BBQ fan so I've been loving the smoky flavor it adds to the chicken.

My husband likes his food spiced up so I came up with a Spicy BBQ Chicken Sandwich to combine the best of both worlds.  I started by following the directions on the McCormick Skillet Sauce packet.  I cooked the chicken and onion in the skillet with the BBQ sauce.  Once it was cooked I simply put it on a roll, placed a few jalapenos on top, and then finished it off with a slice of Pepper Jack Cheese. 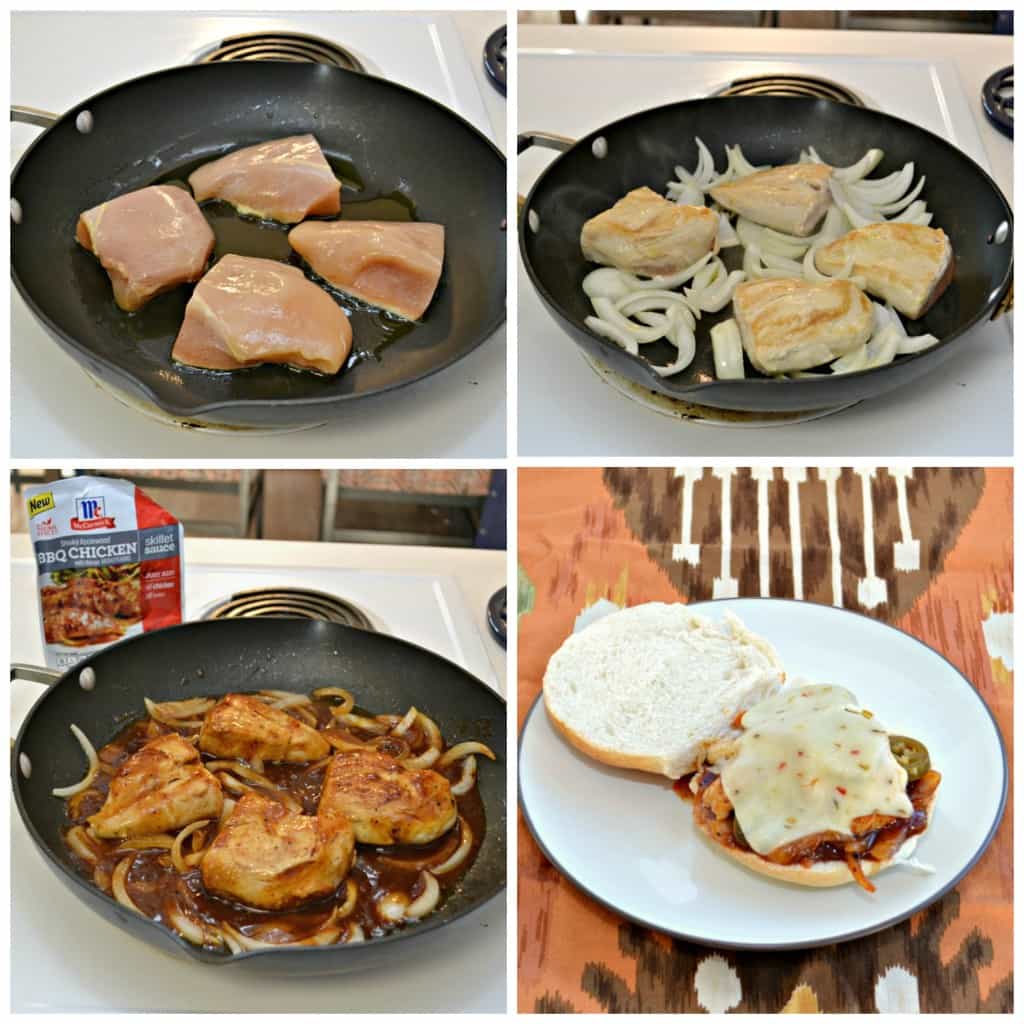 This sandwich is awesome.   It's got a ton of flavor from the BBQ skillet sauce and then the jalapenos and Pepper Jack cheese really spice it up.  I served it with some french fries that I cooked in the oven while the chicken was cooking and everything was ready to eat in just 25 minutes.  How's that for an awesome weekday supper? 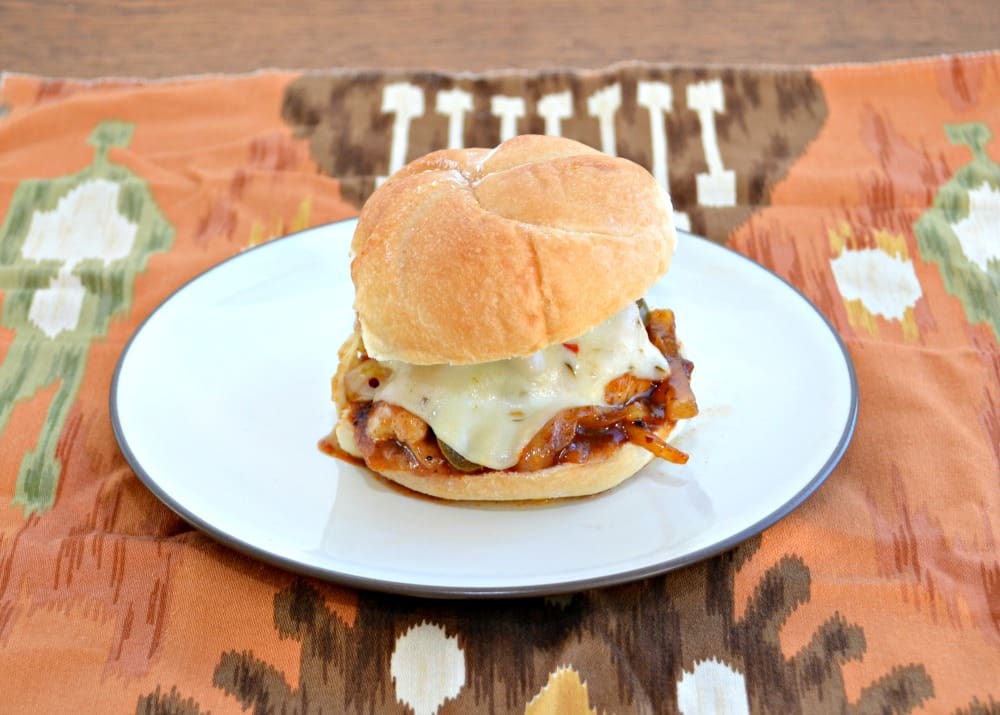 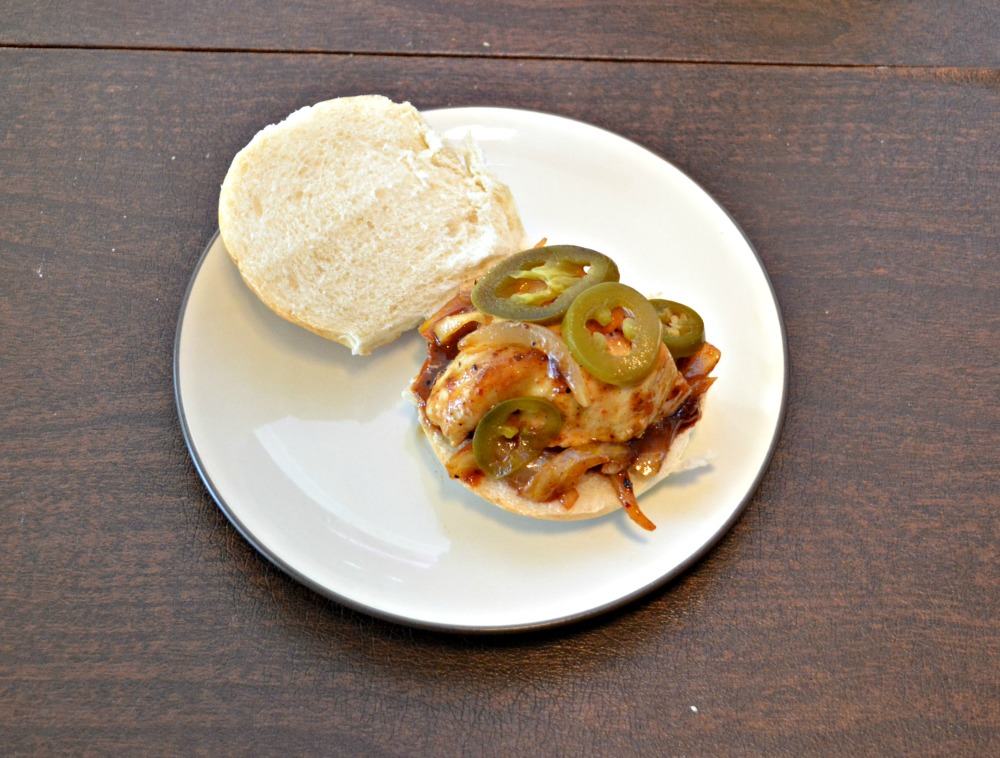