Today we have an excerpt from Spin the Plate, by Donna Anastasi, currently on tour with Walker Author Tours. Here Jo and Francis have their first conversation. Enjoy, and don't forget to pick up your copy of Spin the Plate!
When Jo emerged from the train, she noticed the little man followed at her heels, taking three steps to her two. She headed for the park, moving at a brisk pace. She was secretly thankful for his company, welcoming any distraction. Jo was not at all sure she could handle another episode.
He peppered her with rapid-fire questions. “Where do you work? Have you always lived in the city? Do you like empanadas?”
She mostly ignored him, except for occasionally punctuating the conversation with, “You are a crazy @#$%^.”
When they approached Ink Angels, the man’s mouth puckered and his eyes widen in surprise. It was a common reaction. Jo didn’t wear any visible tattoos, and people seemed to expect all tattoo artists to be covered in ink, like the ones from the reality TV shows. Arriving at the shop’s threshold, Jo wordlessly grasped the door handle.

“Oh, you work here,” he said, and then practically shouted, “Wait!” She hesitated long enough for him to blurt out, “Can I take you to dinner?” In the pause that followed he added, “You gotta eat.”
Maybe it was his small size, or maybe it was something in his eyes, but this man, yes man invoked none of the usual feelings of fury. She tried to muster her normal contempt, but couldn’t seem to forget how he’d brought her through a tough morning. He’d distracted her by trailing after her, and his off-beat chatter had warded off the episode invading the edges of her mind. She was having trouble shaking off lingering feelings of relief and gratitude.
Jo tried staring him down. He had no trouble gazing directly back into her eyes. His look was amused on the surface, but underneath she sensed a grave seriousness, the look she’d often seen in abandoned house pets, a look of desperate longing. She felt like he was seeing straight into her soul. Part of her wanted to turn away from him, but she felt paralyzed. Staring back at him was like looking into the eyes of a street kid or a stray dog. In him there was no guile. And in that moment she felt compassion.
Even so, Jo was shocked to hear herself accept his offer, “What the @#$%^. Meet me outside after work on Saturday.” She disappeared through the door without saying a time.
Jo was inside the shop for nearly a full minute before she was released from the man’s spell. She immediately regretted accepting his dinner invitation. She opened the shop door and scanned the faces and backs of people walking in both directions. But he was gone. Jo closed the door thinking there was no possibility that this dinner date was going to happen, and then she put it out of her mind completely. 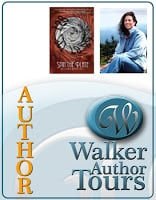