Grab your Instant Pot and whip up a batch of your favorite cheesecake.  Then divide it into three batters, mix in your favorite flavors, and pour into a divided springform pan for three cheesecakes baked in one pan! 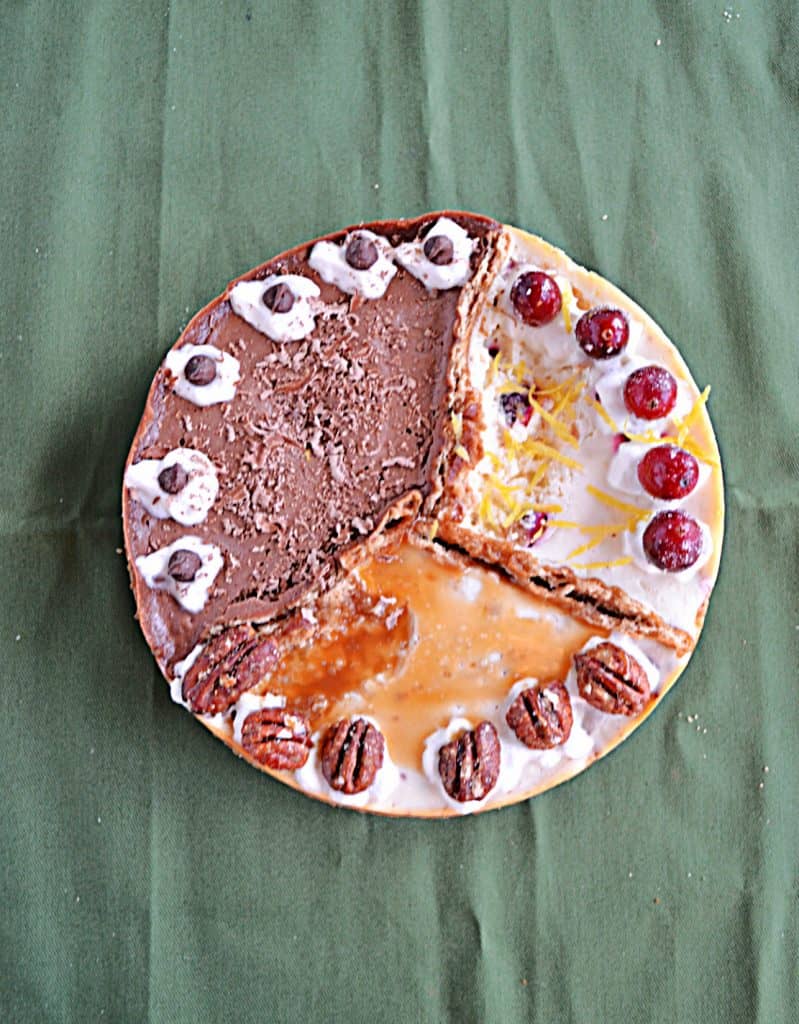 Last year my mom bought me a baking set for my Instant Pot.   It had a bundt pan, springform pan, and a silicone egg bites mold. I was excited to use it but honestly life got busy and I forgot about it.

A few weeks ago I was watching the Holiday Baking Championship on television and they had a challenge to bake three cheesecakes in one pan.  I thought that was such an awesome idea because different people like different flavors and no one wants to bake three separate cheesecakes.

So for New Year's Eve I set out to make one of these.  Since it was just going to be me, my husband, and my son I didn't want to make a huge cheesecake but all I had was a 9 inch and a 10 inch springform pan.   While looking in the cupboard I found the 6 inch Instant Pot springform pan and decided to use it to make the cheesecake.

I've seen many posts lately where people have made cheesecake in the Instant Pot.   To say I was skeptical was an understatement but I was willing to try.  I found a lot of different recipes and eventually just went with my own and combined some of the cooking times on the recipes I had found.

The first and most important thing to do when making this recipe is to make the crust.   I put the graham crackers, sugar, and melted butter in a food processor and processed until it started coming together.   Then I pressed the crust into the bottom and halfway up the sides of a springform pan.

Now comes the tricky part.   If you want to make the triple flavored cheesecake you need to divide the crust into three sections.  I did this by pressing half sheets of graham crackers into the crust and making them all meet in the middle.   They fell down several times but once they were up they held.

If you don't want to use graham crackers you can do this with foil covered cardboard pieces or some other type of barrier.  After you get it put together freeze it while making the filling so it hardens and stands up to the filling being poured into it.

Next, make the cheesecake filling.  I made a basic recipe then divided it into three bowls.   In one bowl I put chopped pecans and caramel sauce.  In another bowl I added cocoa powder and espresso.  In the third bowl I added orange juice, zest, and halved cranberries.

I took the crust out of the freezer and carefully poured each batter into one of the sections.  Using a spoon I smoothed out the tops.  I'm happy to report that all three held up and did not run in to the other sections.

Now it's super important to cover the cheesecake with foil.  If you do nothing else make sure you do this.   If you don't your cheesecake will be extremely wet and will not set up.

Pour a cup and a half of water into the bottom of the Instant Pot and then lower in the trivet so that your cake pan will be right above the water.   I had a hard time lowering the pan into the Instant Pot but finally used two forks to do it and that worked. 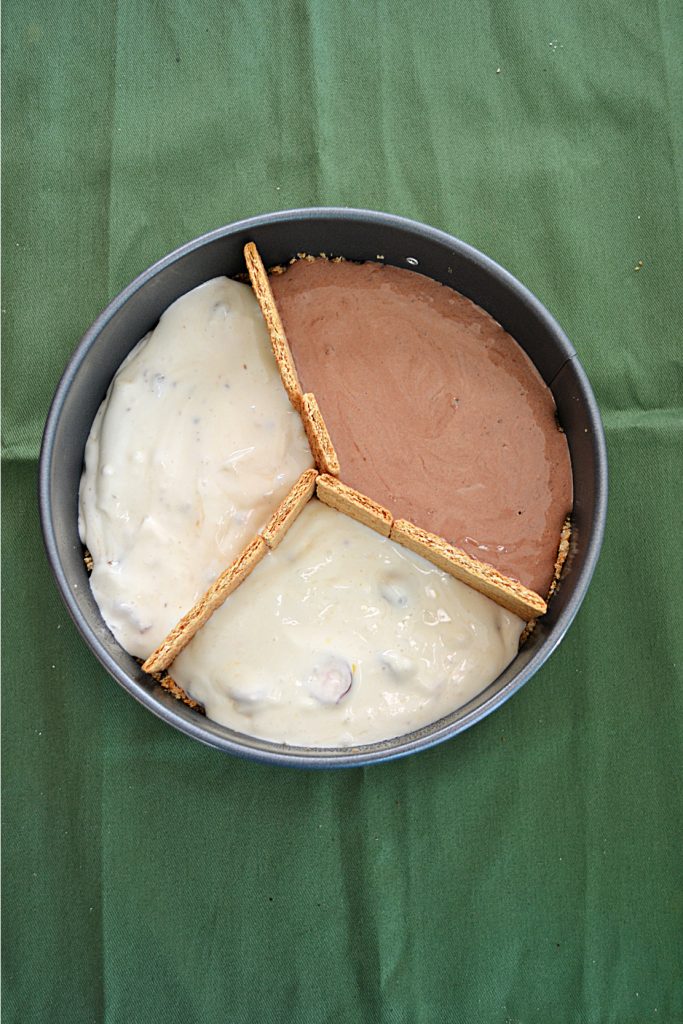 Once in the Instant Pot I cooked on high pressure for 40 minutes then did natural release for 10 minutes.   The cheesecake came out amazing!  I couldn't wait to dig in.

Once the cheesecake was refrigerated it was time to eat!  I can honestly say that this may be the best cheesecake I've ever eaten.  It set up perfectly, there were no cracks, and it was so silky smooth.  My husband, who isn't a big fan of the Instant Pot, totally agreed! 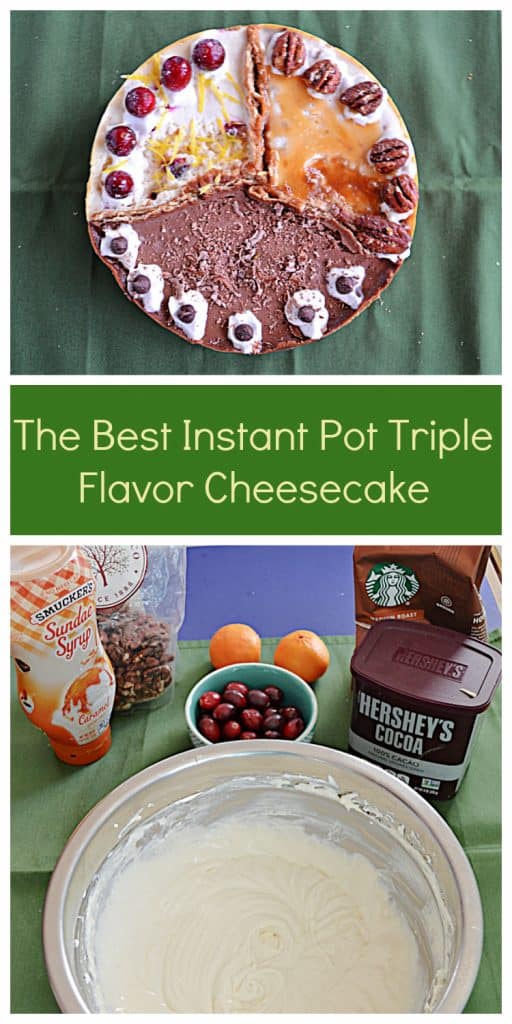 So if you want to try the best cheesecake out there, give it a try in your Instant Pot!

Looking for more great cheesecake recipes?   Try one of these: 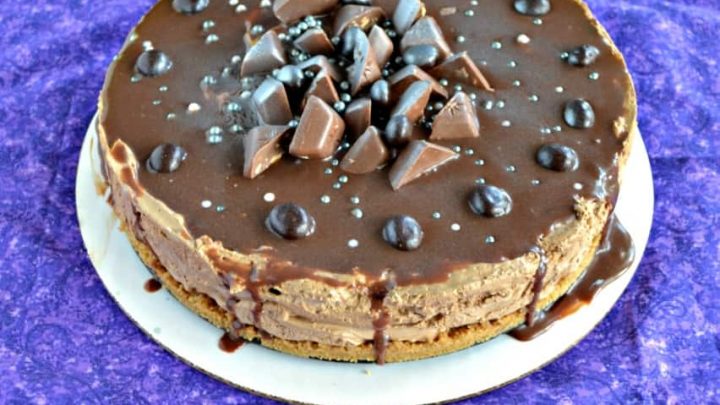 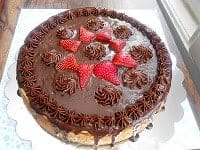 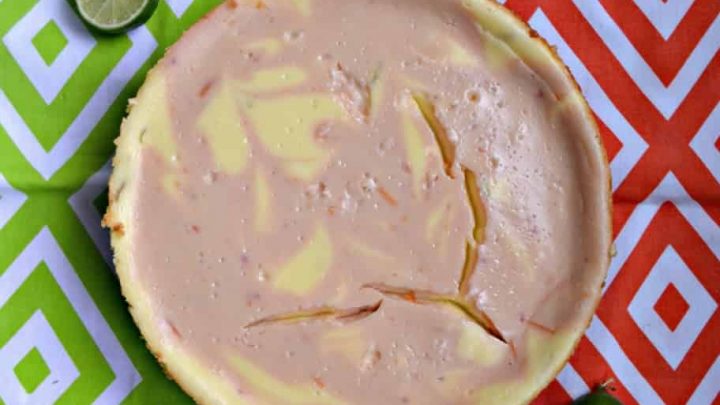 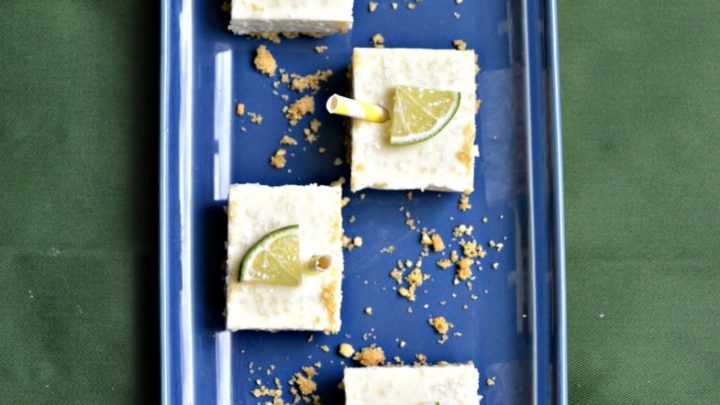 If you’ve tried my Triple Flavor Instant Pot Cheesecake or any other recipe on Hezzi-D’s Books and Cooks please take a minute to rate the recipe and leave a comment letting me know how you liked it. I love hearing from you! You can FOLLOW ME on:

For the mix ins: 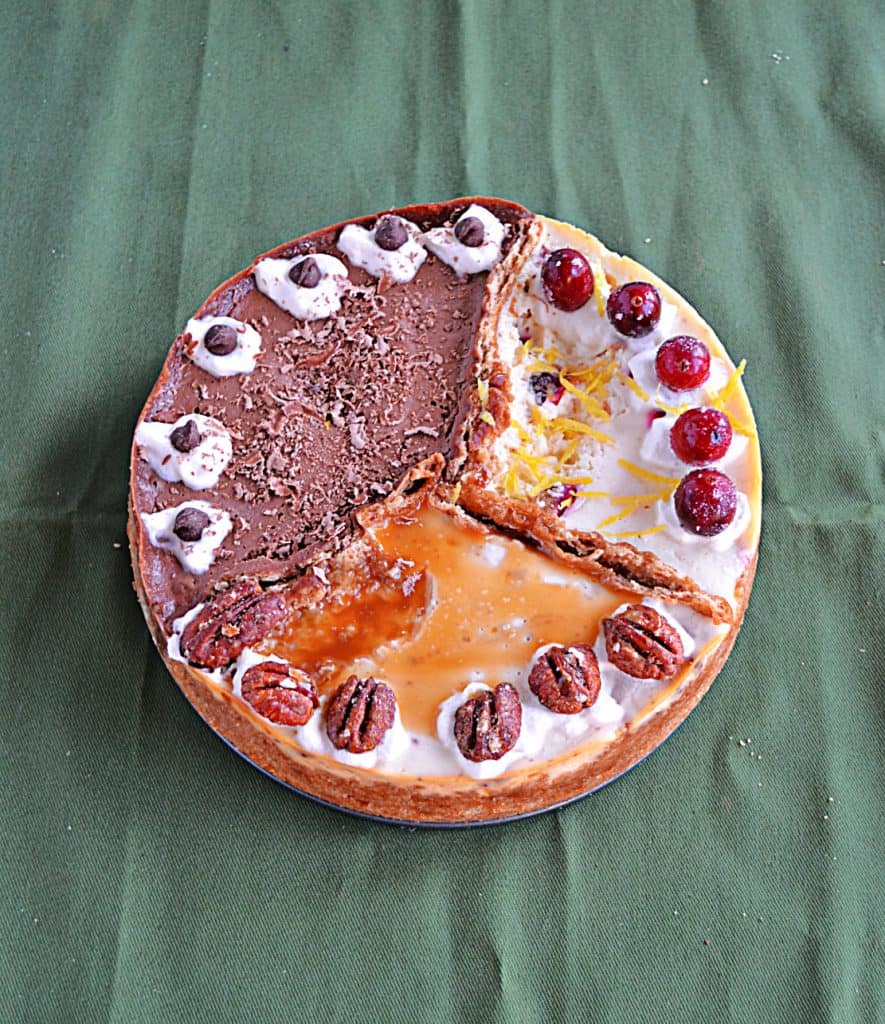