Let's talk about berries.   Earlier this year I had the awesome opportunity to fly down to Florida for a weekend of fun with Florida Strawberries.  The entire weekend was dedicated to eating strawberries in different ways, seeing the strawberry fields, and learning about strawberry varieties.  This was back in January when Florida Strawberries are in season but of course up here in Maryland nothing was in season.

So what does that mean?   Well a friend of mine has a family farm where they do U Pick strawberries.  The price is insanely cheap so I always go out and get about 5 or 6 pounds.   I end up canning 3 or 4 pounds as jam to use during the winter months but then I always have a few pounds left over to play with.  This year all my brain could think about were pies. 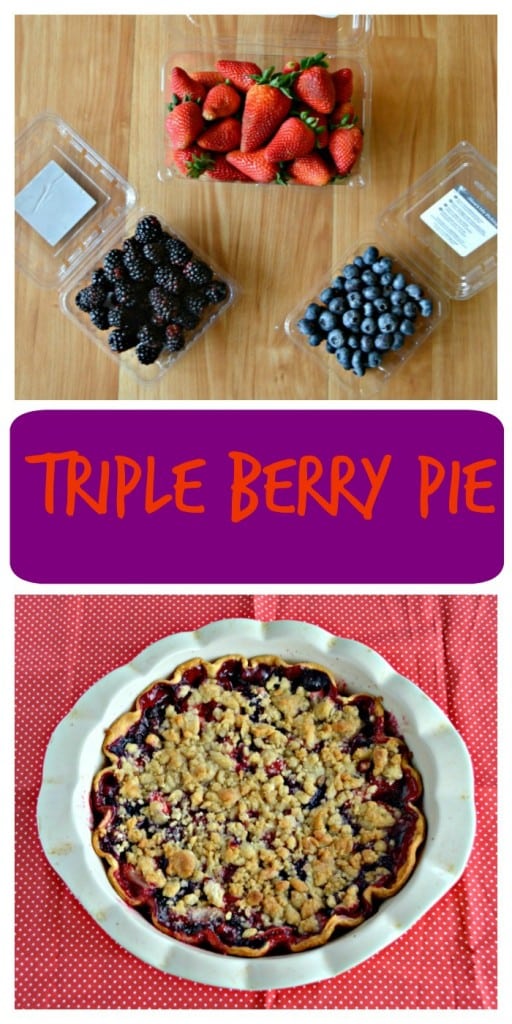 I love a good pie for so many reasons.   Pies are super easy to make especially if you use pie dough that's already made.   Don't get me wrong, there's nothing like homemade pie crust but there are some good ones out there.   I always keep a box of pie crust dough in my refrigerator in case I want to whip up a pie.

Berry pies are pretty easy to make.   While you can make a filling that needs to be cooked prior to putting it in the pie crust, I like whipping up a very simple filling that only takes a few minutes.  I figure it's going in the oven after it's in the crust so why cook it down first?   Plus the berries stay more together if they aren't cooked first. 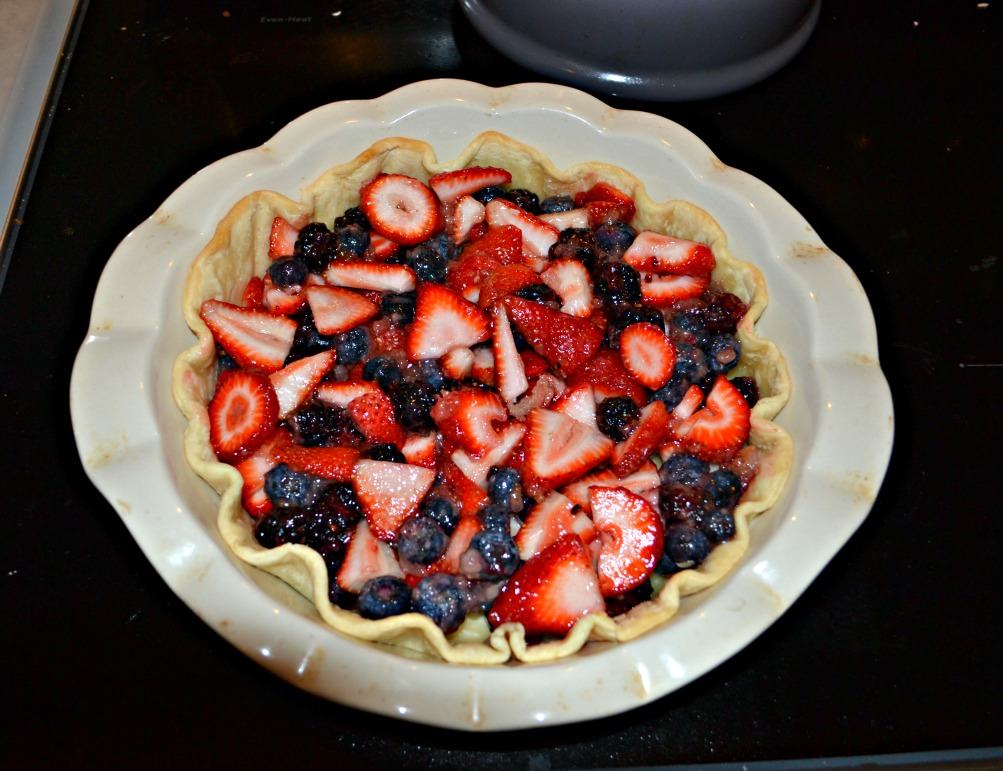 This pie was actually made for my mom's birthday and then again a few weeks later for a dinner party I hosted.   The Triple Berry Pie consists of strawberries, blueberries, and blackberries.  Of course you can sub in raspberries for one of the other berries or just use two berries instead of one.  Make it the way you and your family like.

I love this pie because it's not too sweet.  It has a great tartness to it which I love in a good pie.  The pie crust gets flaky and golden brown and the berries combine together in a delicious sweet and tart filling.   Then there is a sweet crumble topping on top.  It's the perfect early summer pie and is great for summer parties and picnics. 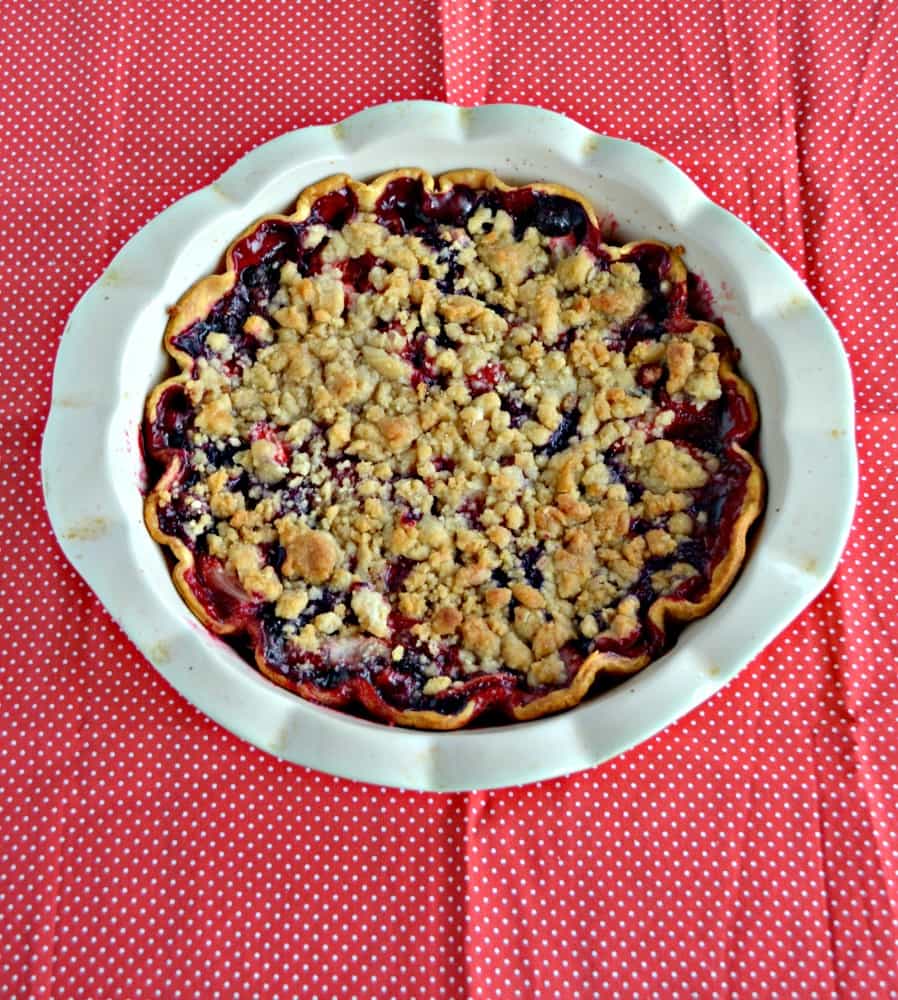