This week #SundaySupper is going retro!  That's right, this week the theme is retro recipe then and now.  At first I had no idea what to make.  I make mostly modern recipes and don't often cook retro because of the fat and calories in many older recipes.

While searching for recipes I can across Porcupine Balls.  Do you know the recipe I mean?  I used to eat these fairly often as a child but I bet I haven't had them in over 20 years.  I was talking about them at work the other day and only about half the people there knew what I was talking about.  They aren't anything fancy, simply meatballs made with rice.  That's it! 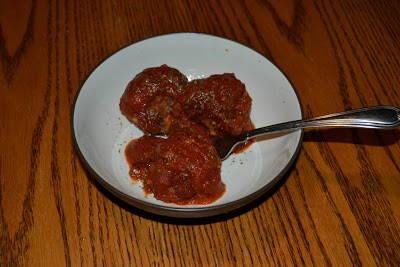 I did a little research to see when these were most popular and it looks like they first came about in the 70's but were popular into the 80's when I was a child.  The meatballs are supposed to be formed into extra large meatballs.  I made them large but not nearly as big as I remember them because I wanted to be able to eat them.  Because they have rice in them there's no need for a side dish.  I served mine with a side salad.  It really brought me back to my childhood.

What dish makes you think of your childhood?  Would you try to recreate it nowadays?

3.  Heat the oil in a large skillet over medium heat.  Brown the meatballs on all sides.

4.   Pour the marinara sauce into the pan and simmer for 30-45 minutes or until the meatballs are cooked through. 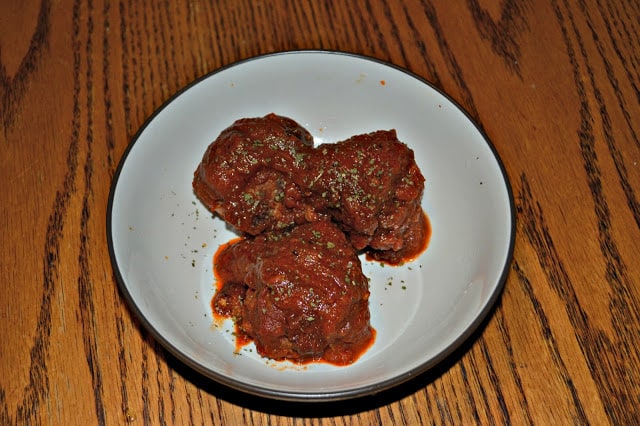