When Sadie Hoffmiller receives a threatening, anonymous text message just days before her wedding, she is determined not to let it interfere with the celebration she has carefully planned for months. But when the threat changes from a distant fear to a frightening reality, Sadie realizes just how much she is underestimated the situation. Desperate to put an end to the game she has been forced to play, Sadie, her fiancé, Pete, and her children pull out all the stops resolved to stop running and see justice done. What they do not know, however, is just how far Sadies nemesis is willing to go and just how many people may be hurt in the process. There is no turning back for anyone in this riveting conclusion to the twelve-volume series, and the question becomes whether or not Sadie will have a future left when the game finally comes to an end.  (-synopsis) 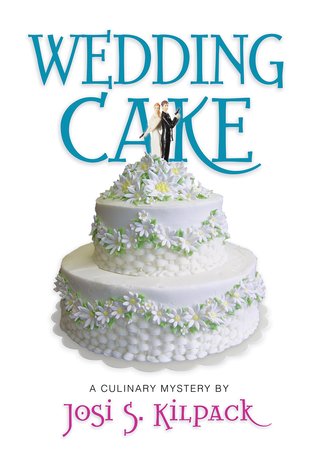 Sadie is back and she and Jack are finally getting married.   Her son Shawn is in town and her daughter is on her way.  It looks as though everything is just about perfect until Sadie receives a text from a number she doesn't know.   She responds and as she is texting with the mystery person she realizes who it is.   It's Jane.  She's back and she's doing everything she can to ruin Sadie's wedding day.

The first thing she does is call the bakery where Sadie's cake is being made.   She changes the date and time it is to be picked up.  Luckily the baker calls Sadie to confirm and is surprised to find out that Sadie doesn't want the change.   When Sadie and the baker are talking Jane is up to no good.  In fact, she ruins Sadie's cake which is sitting in the back waiting to be decorated.

Jane doesn't stop there.   She's doing her best to get back at Sadie and ruin both her and her wedding in the process.   Jack is doing his best to get his buddies at the police department to track Jane and stop her before it's too late.   Meanwhile, Sadie and her son Shawn are conducting their own investigation on the side.

Can Sadie and Jack stop Jane before she ruins everything?   Will this be the end of Sadie?

While I haven't read all of the books in this series, I've read most of them and knew who the characters were in this story.   I was glad to see Jane was back as I've been wondering what happened to her.   This book is similar to the rest where Sadie is conducting her own investigation behind the backs of the police who are conducting the official investigation.

Sadie is such a strong willed character.  She wants to get to the bottom of what is going on and she wants to make sure no one in her family is hurt in the process. She is fiercely loyal to her family and friends and will do what she can to protect them.  However, she takes risks in order to do this and often puts herself in danger instead.

I really enjoyed this book.   It had all of my favorite characters in it and it was a great ending to the series.   I love that the author offers recipes at the end of some of the chapters that tie in with the book.   This mystery series is fun, fast paced, and I really learned to care about the characters.  I'm sorry to see it end but I've been happy to read it along the way.

I give this book 4 out of 5 stars.
a Rafflecopter giveaway