Decadent pumpkin blondies are bursting with flavor from spices and sweetened with white chocolate chips make the perfect fall treat. This post was originally published in October 2010. 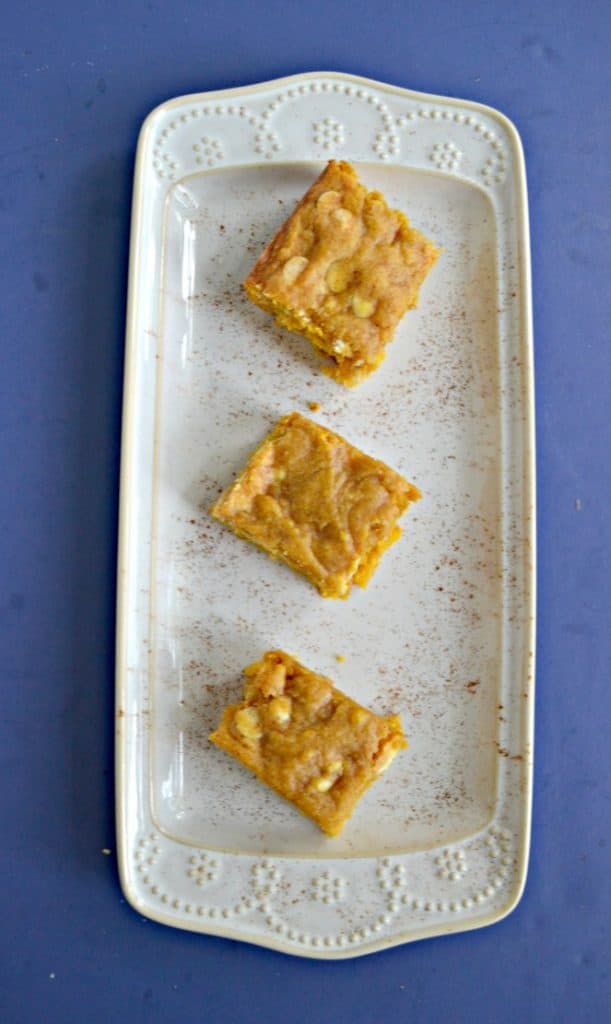 Sometimes I get on these kicks where I am in the mood for a certain ingredient and then for the next week or two I make a bunch of recipes using that ingredient.   So when I went grocery shopping last week and saw that they had the big cans of pumpkin, I was excited. Nothing says October and fall more then pumpkin and I’ve been collecting a ton of pumpkin recipes over the past month.

I bought two large cans of pumpkin thinking that I would be able to make three or four recipes with it.  I had a few new recipes I wanted to make plus I wanted to try and revamp this White Chocolate Pumpkin Blondies recipe.

I'll be honest.  I had forgotten about this recipe.  I first made it ten years ago and then it somehow got lost in the shuffle.  A few days ago I was looking for something to bake and this recipe caught my eye.  I could remember how awesome it was so into the kitchen I went.

For this recipe you will need:

My husband laughs because while most people check and see if they have all the ingredients before they begin baking I just get started.  95% of the time I have everything I need and if I don't I can always figure out a substitution.

I was excited to remake these because I'm a huge fan of blondies.  I like the fact that they have the texture similar to a brownie, but none of the chocolate flavor.  Plus you can add so many different things to change the flavor of the blondies.

I quickly made the recipe and got the blondies in the oven.  They smelled so good while they were cooking.   Pumpkin and spices and a sweetness from the white chocolate really scented our kitchen.   When they came out they looked perfect. 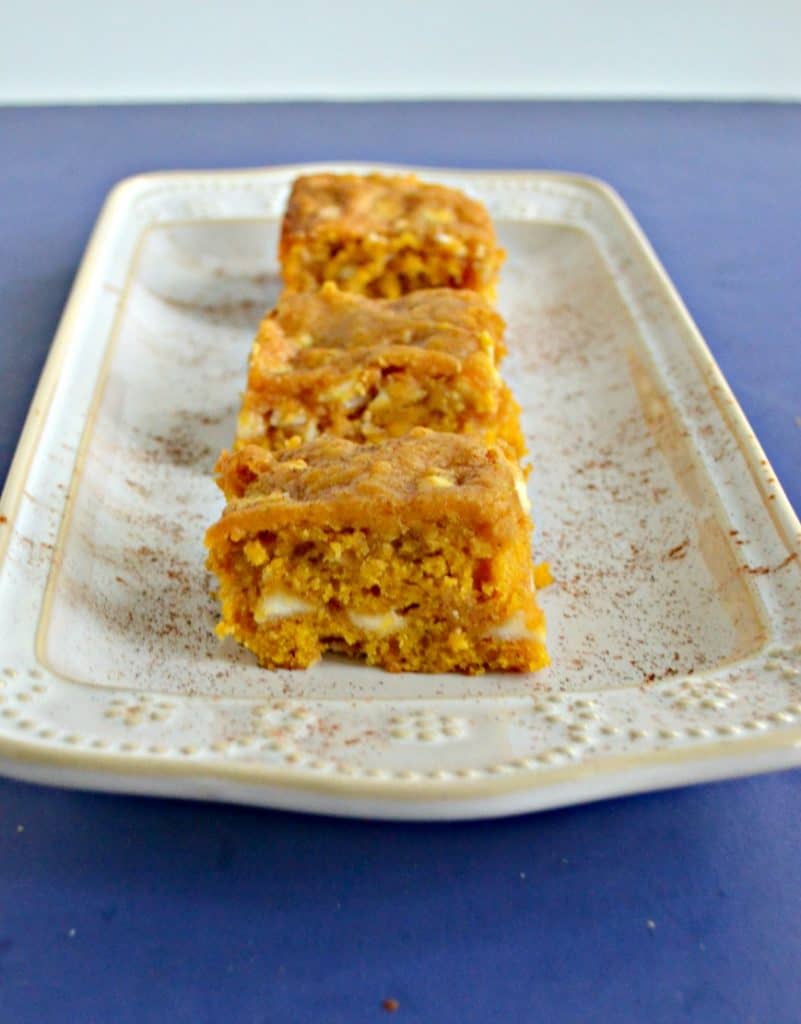 The blondies were out of this world. They had a cake like texture and an amazing flavor.  The pumpkin flavor really came through as did the sweetness of the white chocolate chips.   In fact, some of the white chocolate chips had burst on top and made a thin white chocolate glaze on the top. They were amazing.
I ended up taking half of the blondies to work so we wouldn't eat all of them.   They were gone before lunch time!  This recipe is a clear winner that I’ll be making again before the end of October.
Continue to Content 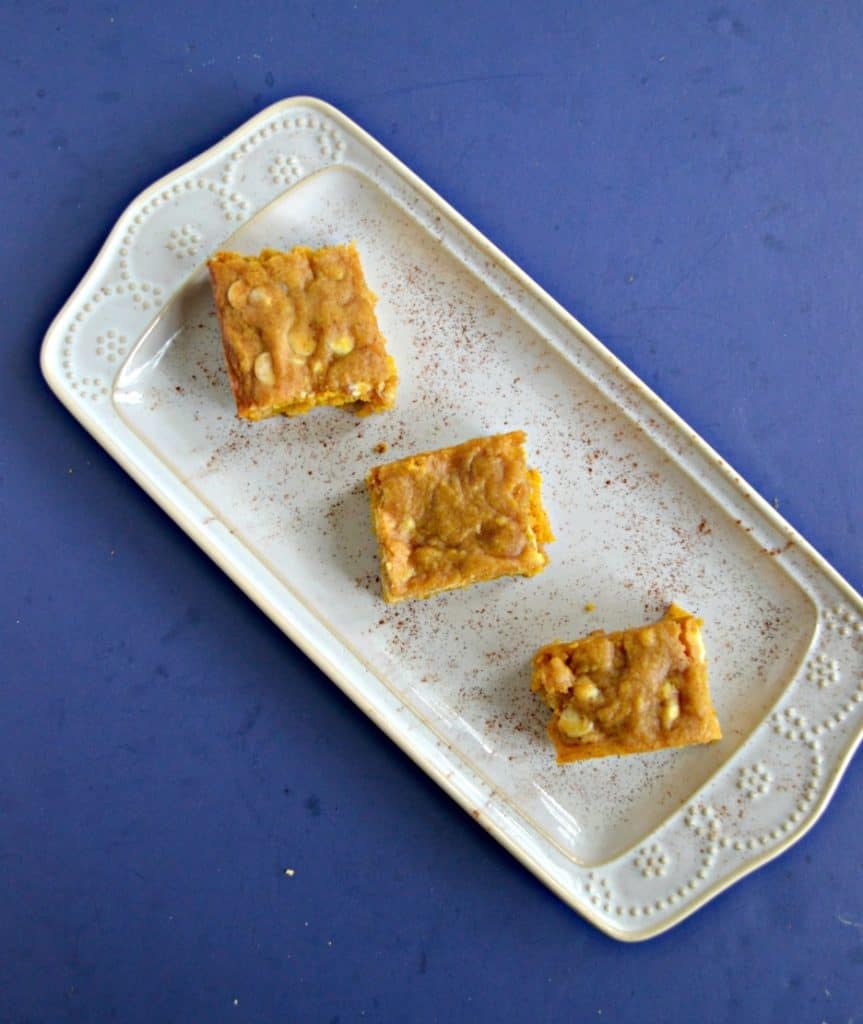