In this self-published bestselling e-book by a real illusionist—the first thriller in a sensational series—now available in paperback, FBI agent Jessica Blackwood believes she has successfully left her complicated life as a gifted magician behind her . . . until a killer with seemingly supernatural powers puts her talents to the ultimate test.

A mysterious hacker, who identifies himself only as “Warlock,” brings down the FBI’s website and posts a code in its place. It hides the GPS coordinates of a Michigan cemetery, where a dead girl is discovered rising from the ground . . . as if she tried to crawl out of her own grave.

Born into a dynasty of illusionists, Jessica Blackwood is destined to become its next star—until she turns her back on her troubled family, and her legacy, to begin a new life in law enforcement. But FBI consultant Dr. Jeffrey Ailes’s discovery of an old copy of Magician Magazine will turn Jessica’s carefully constructed world upside down. Faced with a crime that appears beyond explanation, Ailes has nothing to lose—and everything to gain—by taking a chance on an agent raised in a world devoted to seemingly achieving the impossible.

The body in the cemetery is only the first in the Warlock’s series of dark miracles. Thrust into the media spotlight, with time ticking away until the next crime, can Jessica confront her past to embrace her gifts and stop a depraved killer?

If she can’t, she may become his next victim.  (-synopsis) 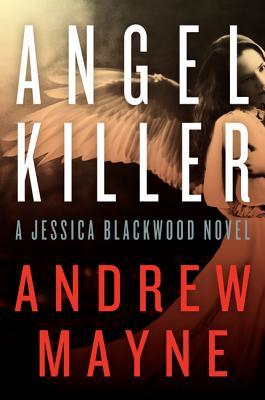 The book begins with a crazy scene.   The FBI has been given a code and 7 days later they finally crack it and run to the stop it tells them to go too.  They find a dead girl rising up from beside a grave.   The grave belongs to Chloe, a girl who was killed two years ago.  The only problem is, the girl rising up from the grave looks exactly like her but this girl has died only hours before.   Is the girl Chloe rising from her grave?  This case has the FBI stumped so they call in an unconventional agent.

Agent Jessica Blackwood is now with the FBI.   Years ago she left a career of being a magician and illusionist.   It was a family career and one that paid for her college but after school she wanted something more and joined the FBI.   So when one of her superiors calls her into his office and asks her about her previous career she isn't sure what to make of it.   He explains that they have a case that has everyone stumped and they need someone who thinks outside the box.

Jessica is shipped off to the grave and after looking for several minutes she finally gets it.   The scene of the girl rising from her grave is only an illusion of sorts.   It seems that The Warlock, so the murderer has dubbed himself, is somewhat of an illusionist himself.

Soon Jessica and the FBI are on a hunt for someone who has planned these murders and illusions for years.   There are others already dead and more who will join them if Jessica can't see through the distractions and illusions to find out where The Warlock might take his next victim.   It doesn't help that the press has discovered who Jessica is and soon begins running headlines about the FBI "Witch" who is hunting The Warlock.

As if this case wasn't enough, Damien keeps reappearing in Jessica's life.   Damien was an ex-boyfriend who has never been able to let her go.   He calls her at random times, he shows up inside her apartment, and he seems to know every move she's making in this investigation.   When he throws a huge monetary sum at someone he thinks can help her with the case, she's forced to tell her FBI superiors all about him.  Now they are not only looking out for The Warlock but for Damien as well.

Will Jessica be able to figure out where the Warlock is going and his next illusion before he murders another girl?  You'll just have to read to find out!

When I received this book I didn't know it was about magic and illusion.   I was a little surprised by how it all fits into the book.  The storyline is a really interesting one and it kept me wanting to read to see what The Warlock would come up with next.

I found Jessica to be a good, solid character.   We learn just enough of her background, though there are a few things she alludes to that we don't figure out in this book.  She comes onto the scene and just observes.   It's what she was taught to do and after looking at these scenes she's able to figure out how The Warlock pulled them off.   A few of the illusions are a little farfetched and I had a hard time believing that she could figure them out so quickly, but other then that I really enjoyed this book and will be looking for the next one in the series.