I am so excited that tonight Sunday Supper will be chatting LIVE from Tapa Toro in Orlando, FL.  This is really the after party from the fabulous Food and Wine Conference and I'm glad to spend it with so many of my foodie friends! Since we are chatting from Tapa Toro could we have a better theme then Spanish Tapas?  I think not! 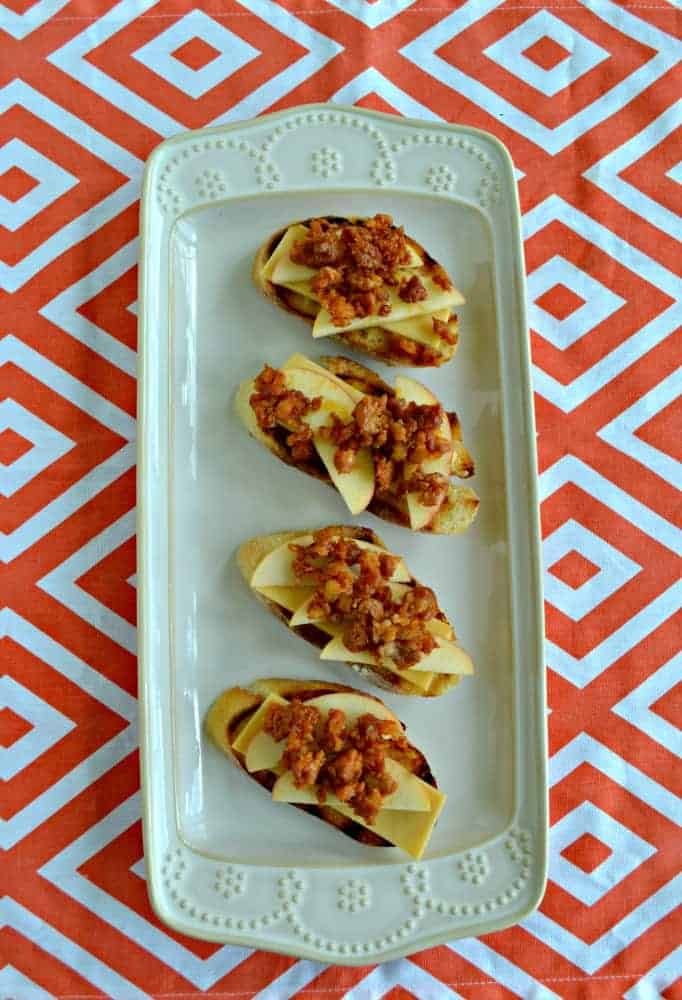 When I started looking into Spanish Tapas I have to admit I wasn't really sure what I was looking for. Tapas are a wide variety of appetizers, or snacks, in Spanish cuisine. They can be served hot or cold.  In certain tapas bars in Spain they have become their own cuisine.  There are many different combinations and people will often order many different tapas to share and make them into a complete meal. 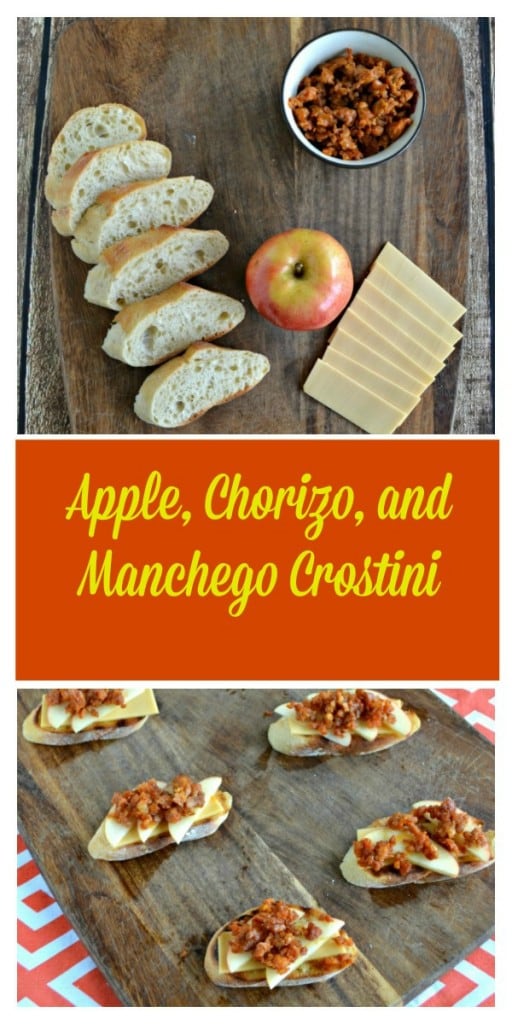 So I knew I wanted to make something that was a small bite and had ingredients that hail from Spain.  I immediately thought of chorizo and knew that I would be incorporating that into my recipe.   I've been on a crostini kick for about a year now and I wanted to see how I could pile chorizo and a few other ingredients on top of crostini to make a tasty tapas dish.  The rest of my recipe was built around the chorizo.   Since chorizo is so spicy I wanted to pair it with an apple so that the sweetness would balance it out.   Apples pair well with cheese and Spain is known for their Manchego cheese so I went with that.  I piled it all on a slice of crostini and my recipe was in the works. 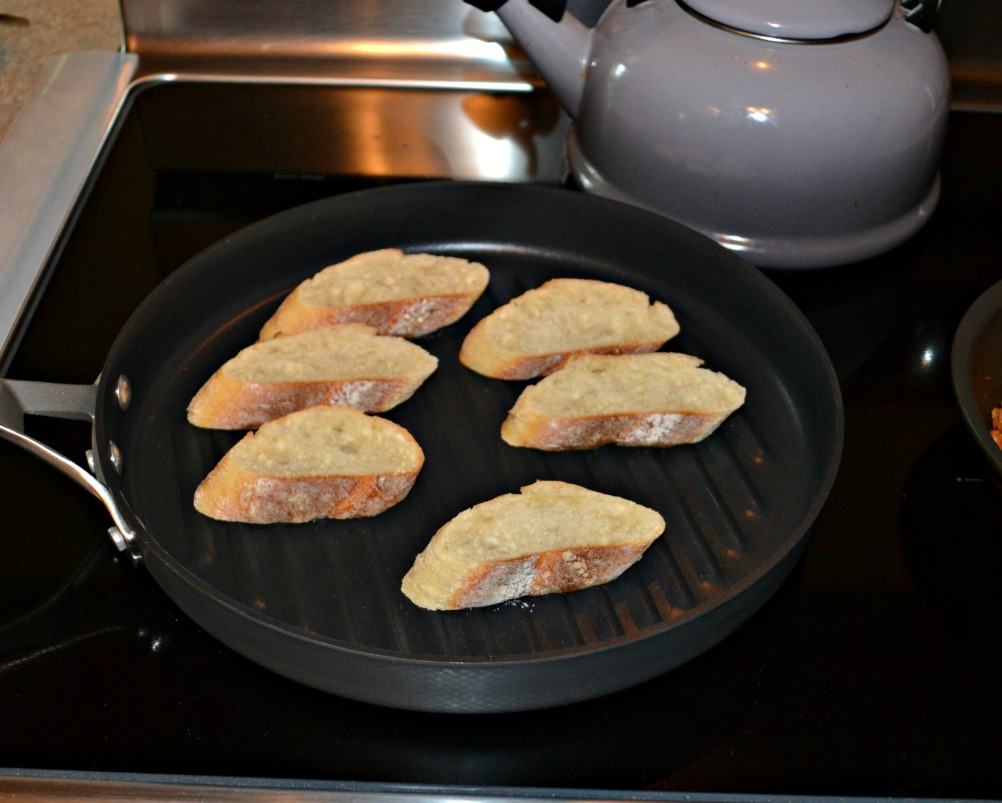 I had to tweak the recipe a little bit because I wanted the bread to be toasted and the chorizo to be warm but I didn't want to heat up the cheese or the apple.   I ended up grilling the bread on a grill pan then topping it with the cheese, apple, and hot chorizo.   The heat from the bread and the chorizo melted the cheese but left the apple crisp. 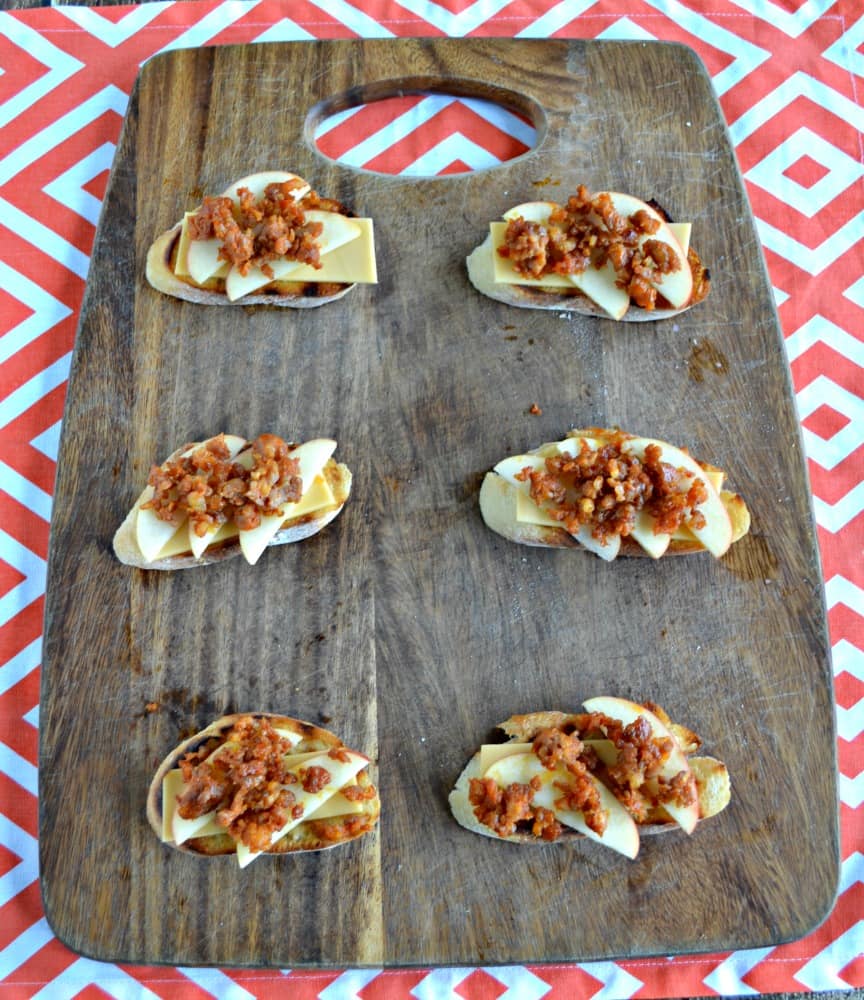 My husband was very unsure when tasting my Spanish Tapas.  However, I could tell by the look on his face that he liked it.   The crunch of the bread with the creaminess of the cheese, sweetness of the apple, and spicy chorizo was like a burst of flavors in the mouth.  It's such a simple dish to make but it packs so much flavor.  This is definitely one of our new favorite tapas. 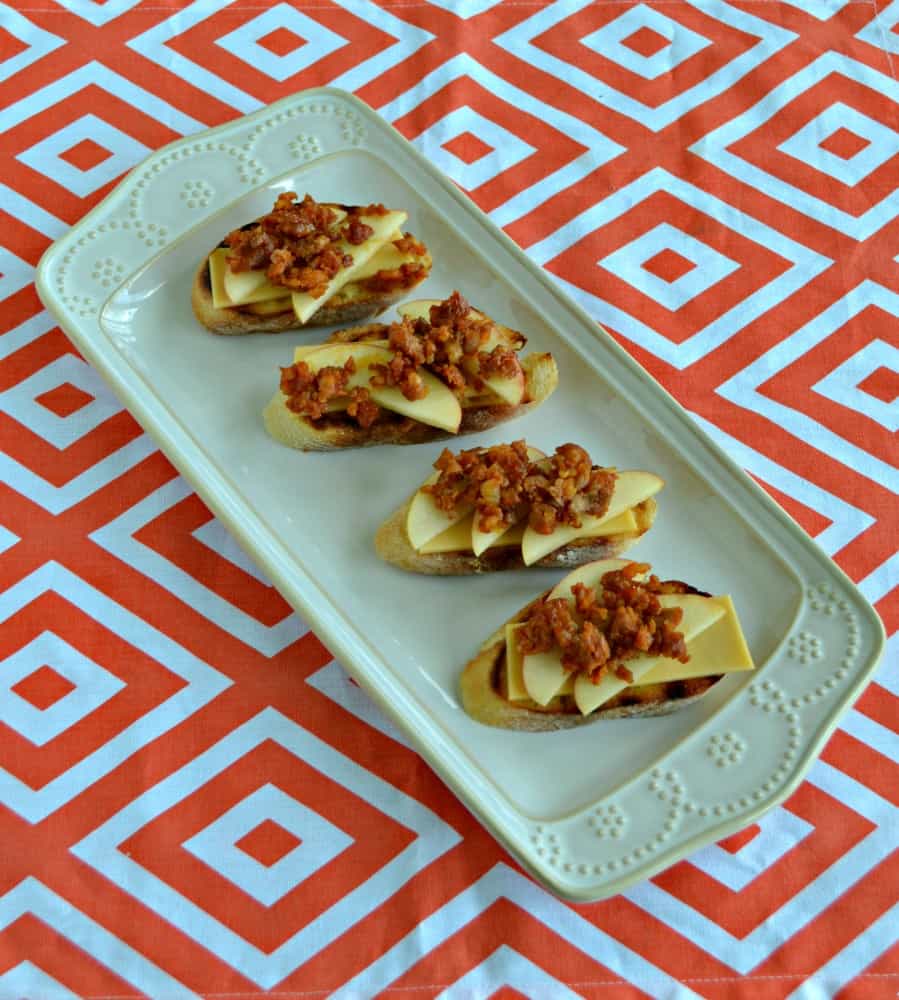