Let's talk about snack time.   With a toddler I feel like most of my day is snack time because there isn't a lot of time to sit and eat.   I like to make things that don't take a lot of time and are easy to eat one handed.  I also like them to be filling. 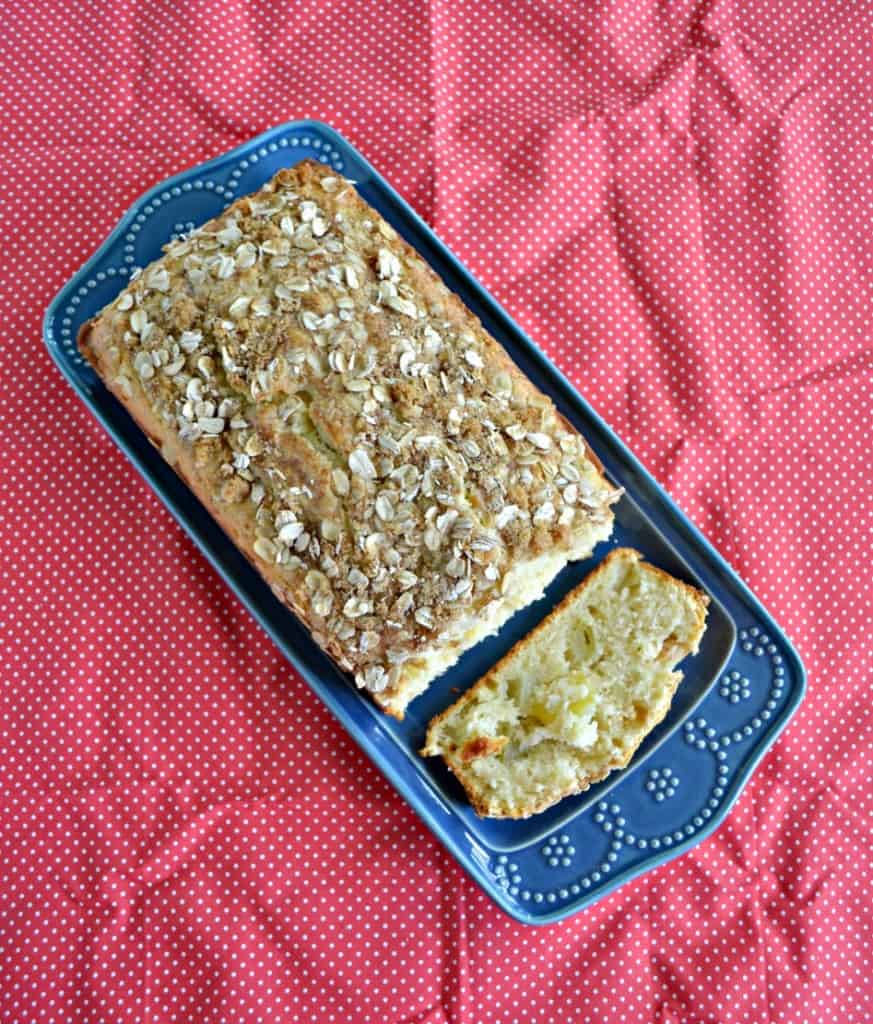 I've been making a lot of sweet, quick breads just for this purpose.  They only take a few minutes to put together and then I can pop them in the oven and forget about them.  When they are finished I pull them out, cool them off, and slice them up. 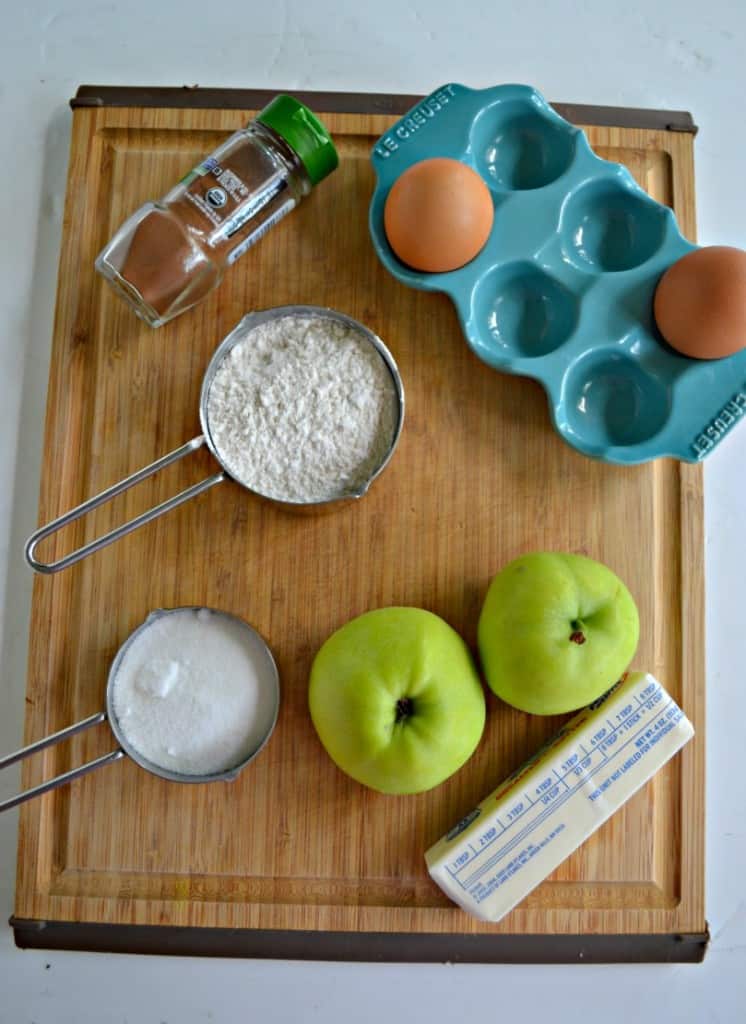 Fruit breads are great for snack time because they are easy to eat, give you a burst of fruit, and they are pretty filling.  I also like making these breads because I can enjoy them for breakfast as well.  It's a win-win situation all around.

I've been eating a lot of apples since they are in season and are super cheap at the market.   So I grabbed a few of my favorite apples and made this awesome Apple Cinnamon Bread.  I didn't do too much to jazz it up.  I used my regular quick bread recipe and added in the apples and cinnamon.  I did put a tasty streusel topping on top of the bread but that's it.  You can totally add different spices or nuts or even another fruit to this bread and it would still be delicious. 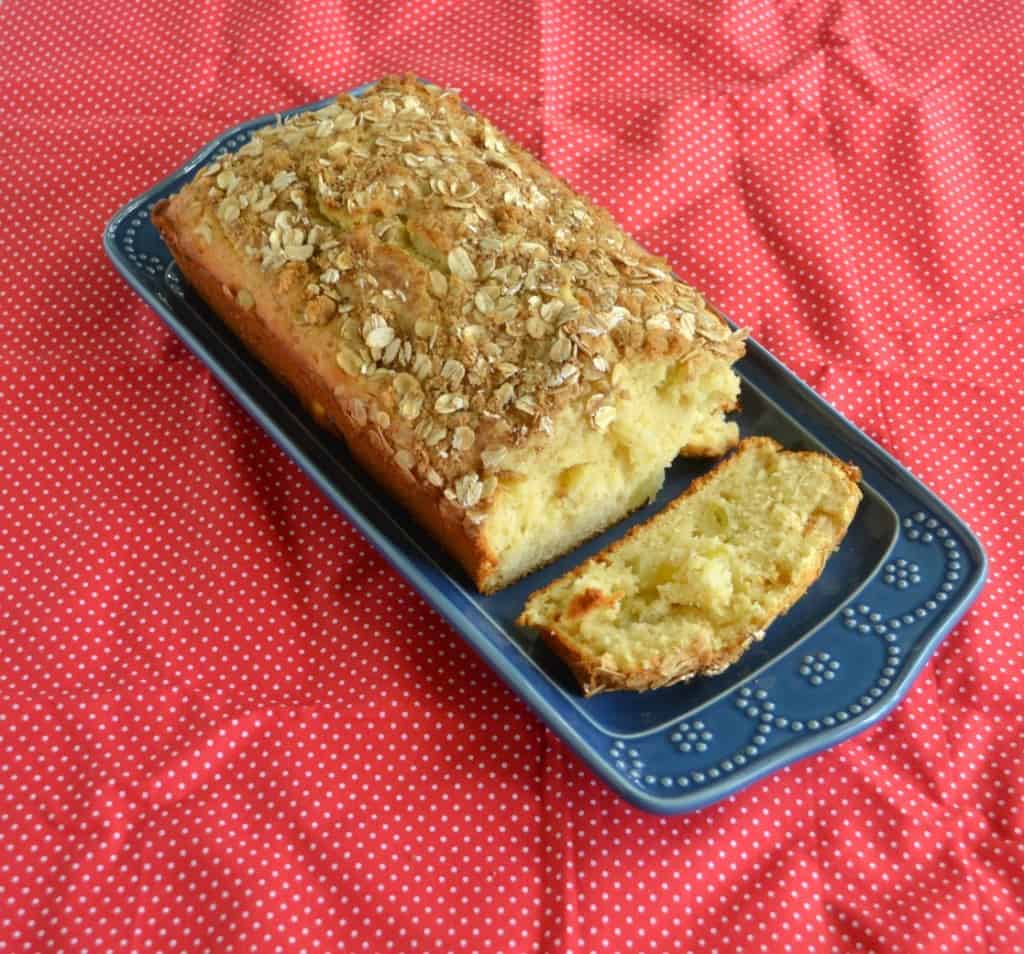 The apple cinnamon bread not only tastes great but it smells great as well.  The topping gets crunchy and adds a nice texture to the bread.  The sweeter the apples you use the sweeter the bread which makes for the perfect pairing with a cup of coffee. 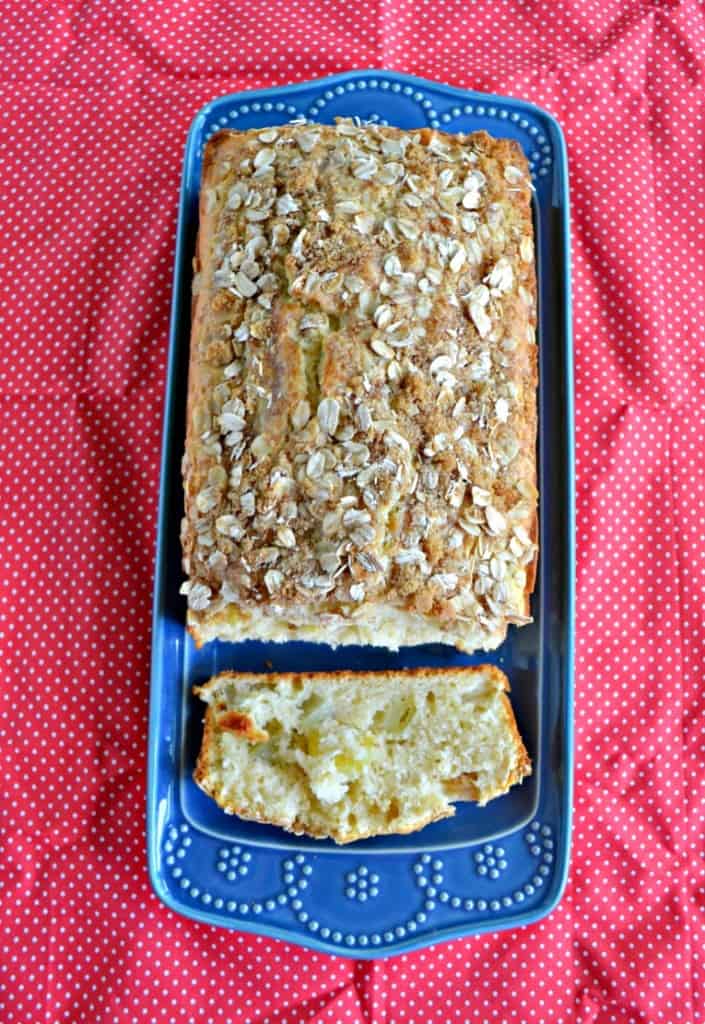