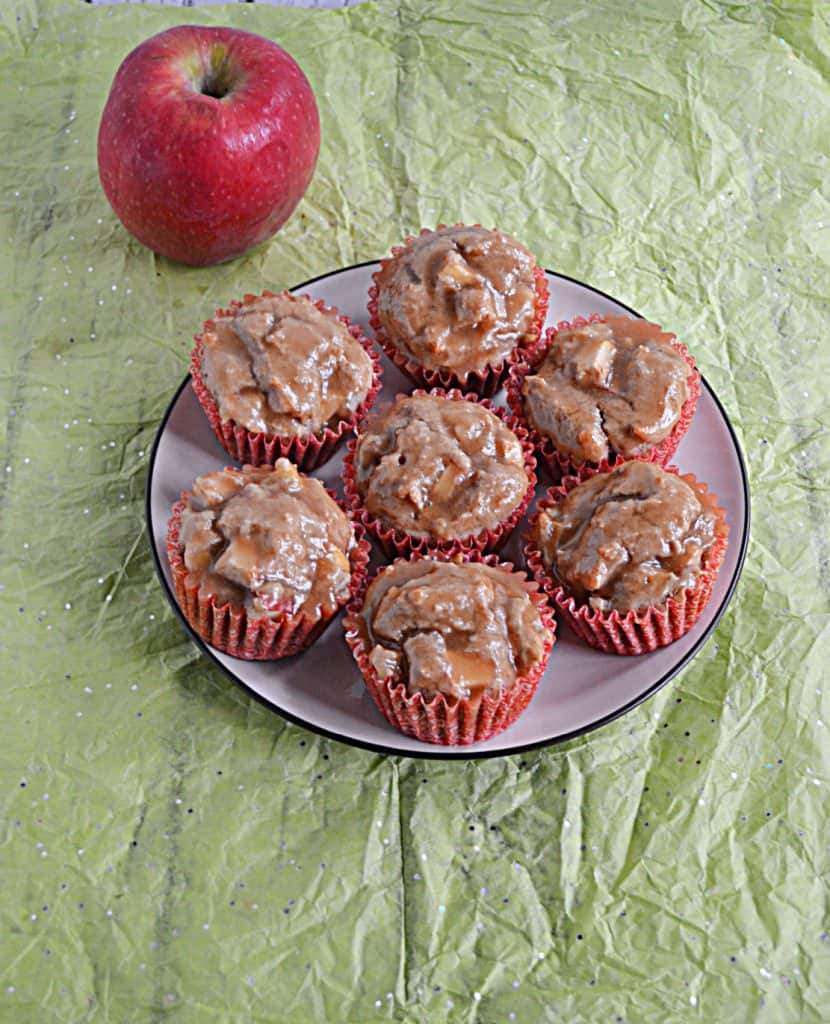 This was one of the first recipes on my blog.  I've made it several times since I first made it and it just keeps getting better.  Each time I make it I change it just a little bit and it gets that much better.

Whenever I think sweet I immediately think of cake or cupcakes. I wanted to make an apple cinnamon cupcake with a sweet frosting on top of it and started looking around for inspiration. 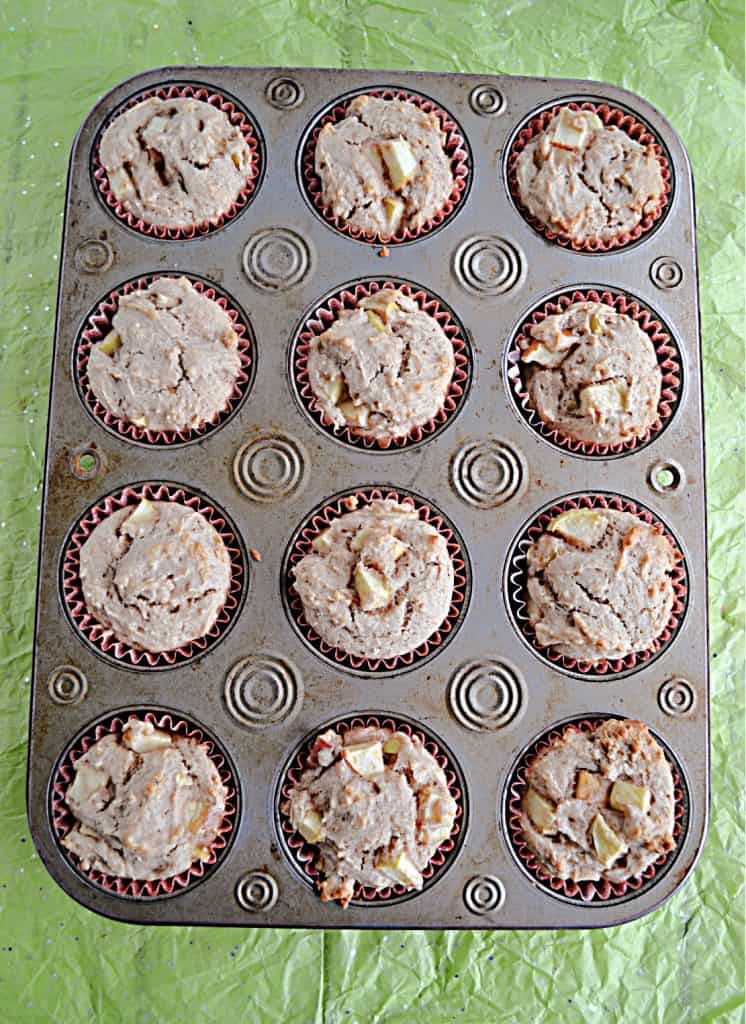 One recipe had a brown sugar glaze on top that sounded really good and I knew it would be healthier then a pile of buttercream on top of a cupcake.  Plus I figured without all the frosting the apples could really shine through on the cupcakes.

To make the cupcakes preheat the oven to 350 degrees.  Line a muffin tin with cupcake liners and set aside.

In a medium bowl cream the butter, sugar, and brown sugar.

Add in the applesauce, sour cream and egg and beat well.  Stir in the vanilla.

Add the wet ingredients to the dry ingredients an mix until well combined.  The batter will be thick.

Fold in the apples.   This should make the batter a little bit thinner and easier to stir.

Scoop the batter into the prepared muffin tins so that they are about ¾ full.

Bake for 20-23 minutes or until tops are golden brown and a toothpick comes out clean. Cool on a wire rack for 15 minutes then glaze.

To make the glaze put the butter, brown sugar, and milk into a small saucepan. Stir until melted.  Bring the mixture to a boil over medium high heat and boil for one minute.

Remove from heat and stir in powdered sugar.

Allow to cool for 20 minutes to thicken. Dip the cupcakes into the glaze then place on a wire rack to allow any excess to drip off. 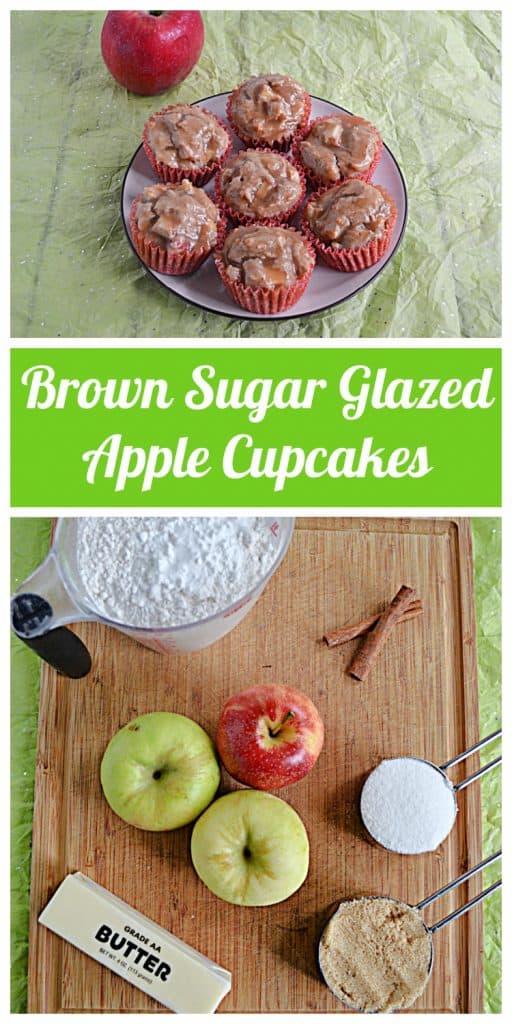 Now that my son is into baking we do a lot more baking together.   He comes up with whatever he feels like making, I find a recipe, and we bake it!

It's nice having a helper even though it's a little messy sometimes.  He enjoys dumping ingredients, cracking eggs, and mixing.  There's so many ways that kids can help in the kitchen.  He's only 4 and loves being a part of making something even when it's something he won't eat.

Ways Kids Can Help in the Kitchen: 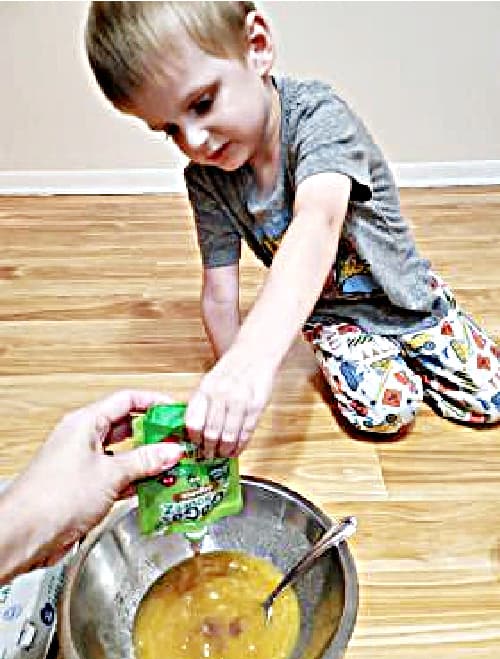 The recipe for these cupcakes is similar to a muffin recipe but there are several differences. For starters there is more sugar in the cupcakes and more flour. As they baked in the oven they smelled divine.

While the cupcakes were in the oven I mixed up the brown sugar glaze. I didn't initially add in the powdered sugar but I found it too runny even after sitting.  Once I added some powdered sugar to it the glaze thickened up and was the perfect consistency.

Let me tell you about this glaze.  I could have eaten the entire pan of glaze.  I’m not kidding.   It was like a warm, sweet caramel.  The sweetness of this glaze was perfect with the tartness of the granny smith apples in the cupcakes.

I ate one as soon as I glazed them and I’m not sure I’ll be able to stop myself from eating them all by the end of the weekend. Of course, I think I could dump this glaze on just about anything and I’d eat it.

My son on the other hand kept asking for a cupcake then whenever I put it on his plate he would say no thank you. I knew he wouldn't eat them because he doesn't like cupcakes but he had a good time making them! 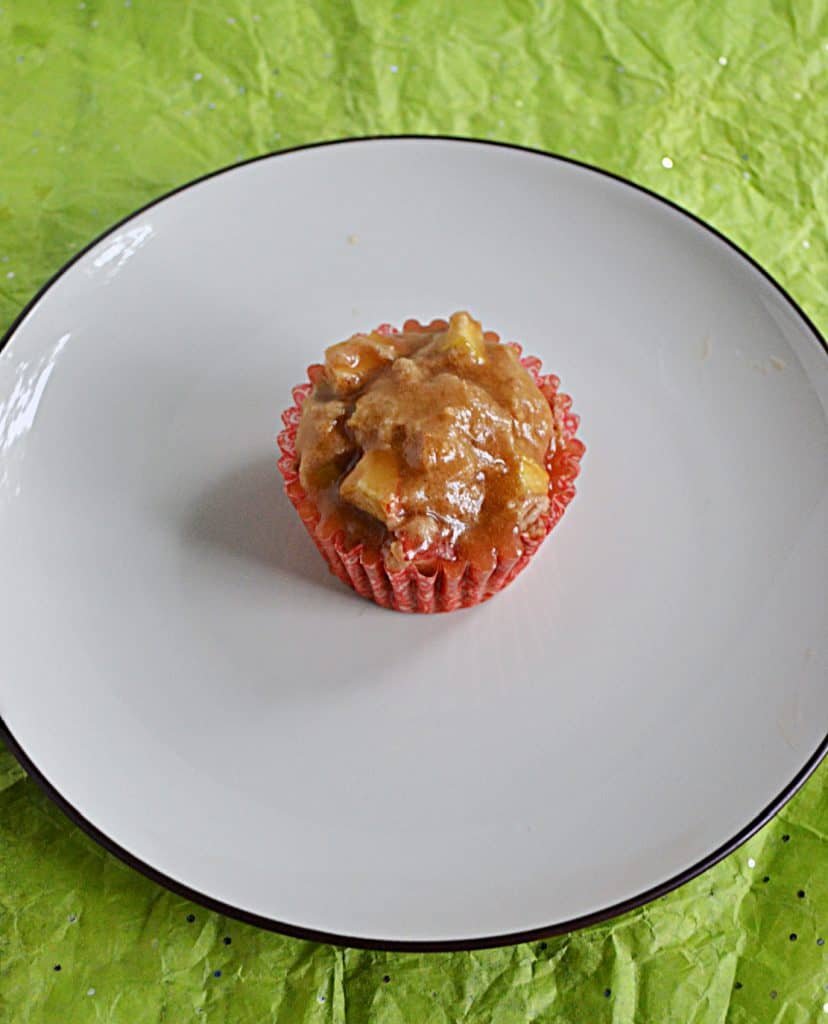 If you’ve tried my Brown Sugar Glazed Apple Spice Cupcakes or any other recipe on Hezzi-D’s Books and Cooks please take a minute to rate the recipe and leave a comment letting me know how you liked it. I love hearing from you! You can FOLLOW ME on:

For the brown sugar glaze: 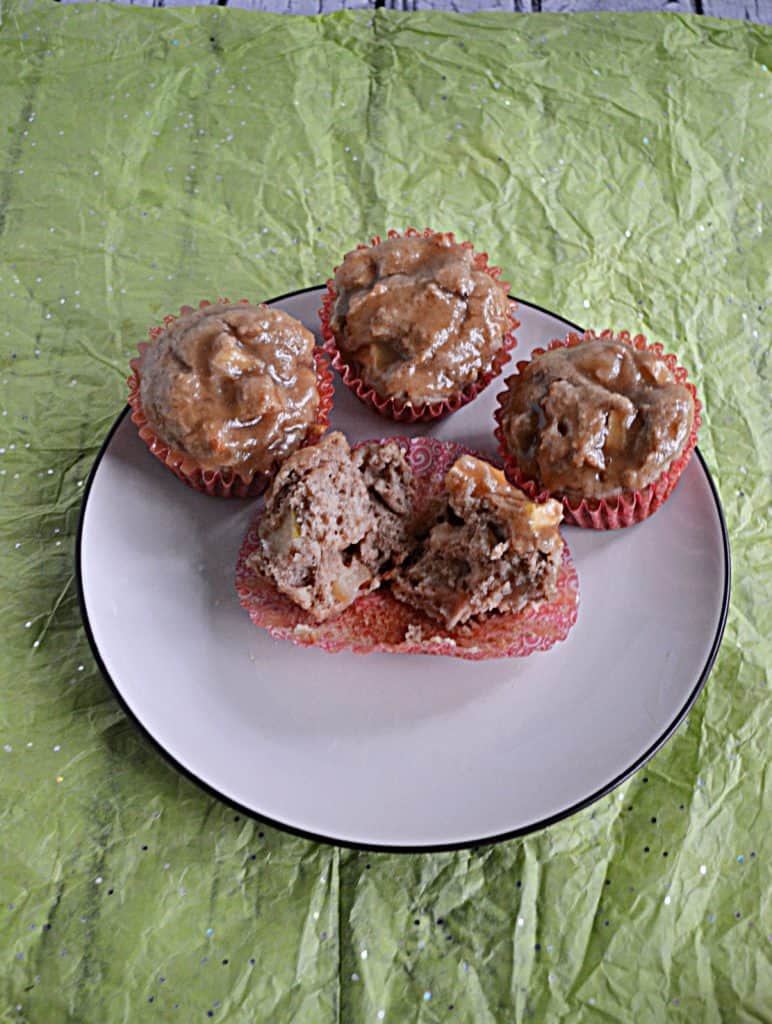 Cooking with the Kids