Fall is here and there is a chill in the air!  While I am a coffee girl in the morning I like to drink other things in the evening.  Whether it's hot tea or cider or hot chocolate, it's usually not coffee if it's later in the day.  Since I've been on an apple kick this fall I wanted to make a delicious apple beverage. 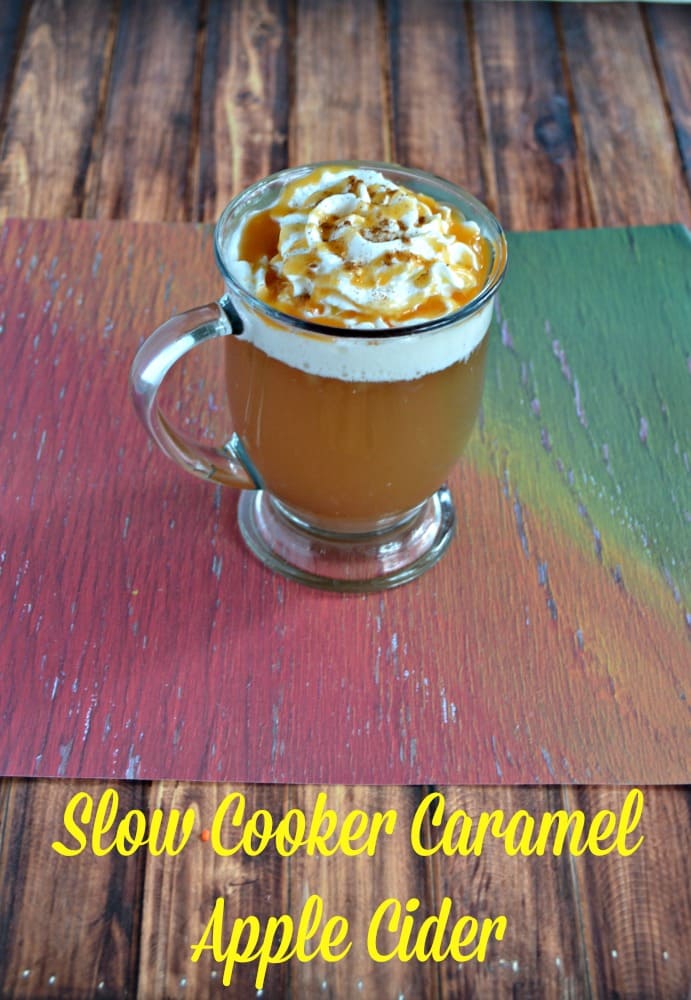 I've had a lot of apple ciders in my time.  I love it served hot with cinnamon on top.  I've bought it at the market, gotten it at farms, and have had it at parties.   While I've used it in many recipes I've never made it myself.  I guess I wasn't sure how exactly to go about making a tasty apple cider. 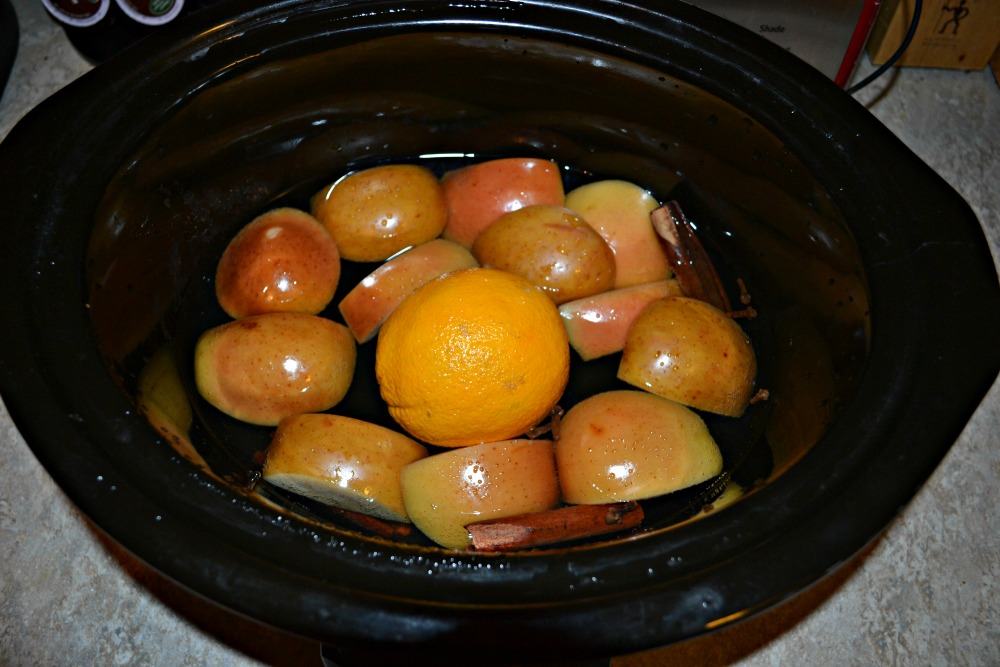 This recipe uses the slow cooker so it makes a good amount of cider.   I actually cooked up a batch then put the leftovers in a container in the refrigerator.   For the next few days I ladled out the amount I wanted and heated it in the microwave.  It was still delicious!   I'd say it's best enjoyed within 3 days but is good up to 5 days.

The recipe starts with apples, an orange, water, and spices in the slow cooker.  After the apples are soft you mash them up with a a potato masher or something similiar.  I used my jam masher.   Then you strain everything through a fine mesh sieve and put it back in the slow cooker along with brown sugar and caramel and cook it a bit longer. 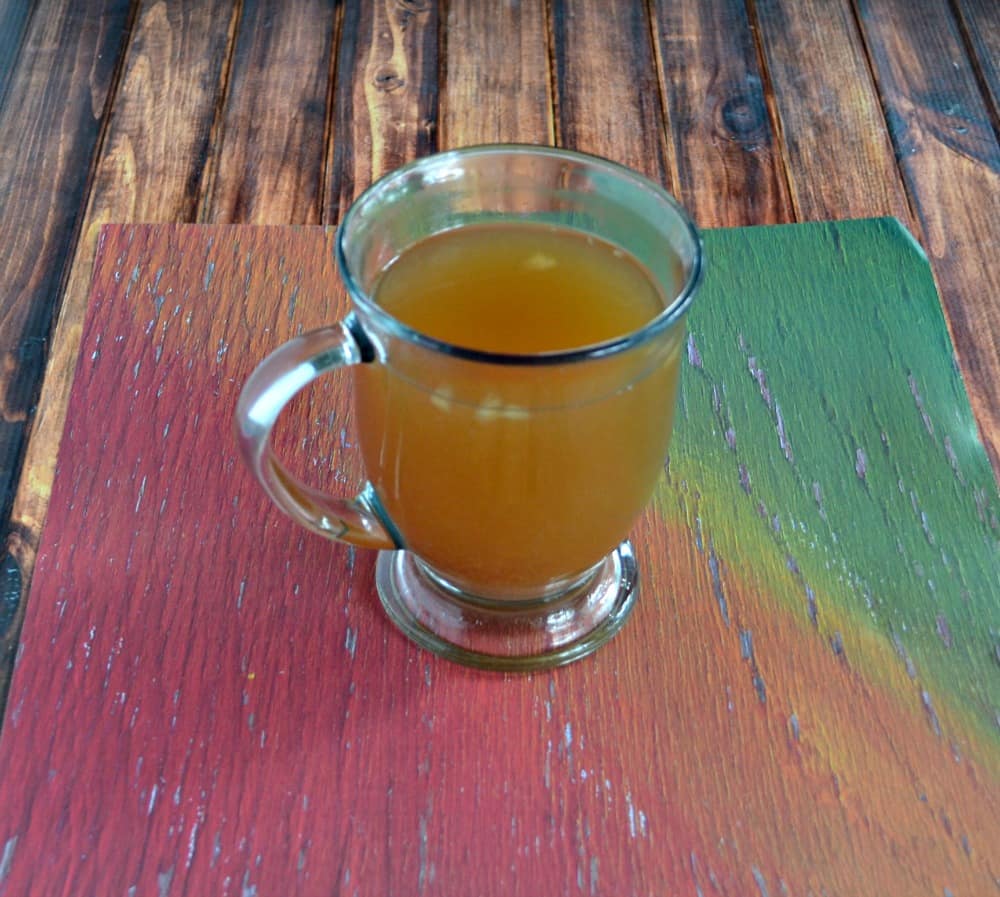 I ended up adding a bit of boiled cider to my cider.   It wasn't much, just a tablespoon or two, but it packs such a burst of apple flavor.    When I was ready to enjoy the cider I ladled it into a mug and topped it off with whipped cream, cinnamon, and caramel sauce. 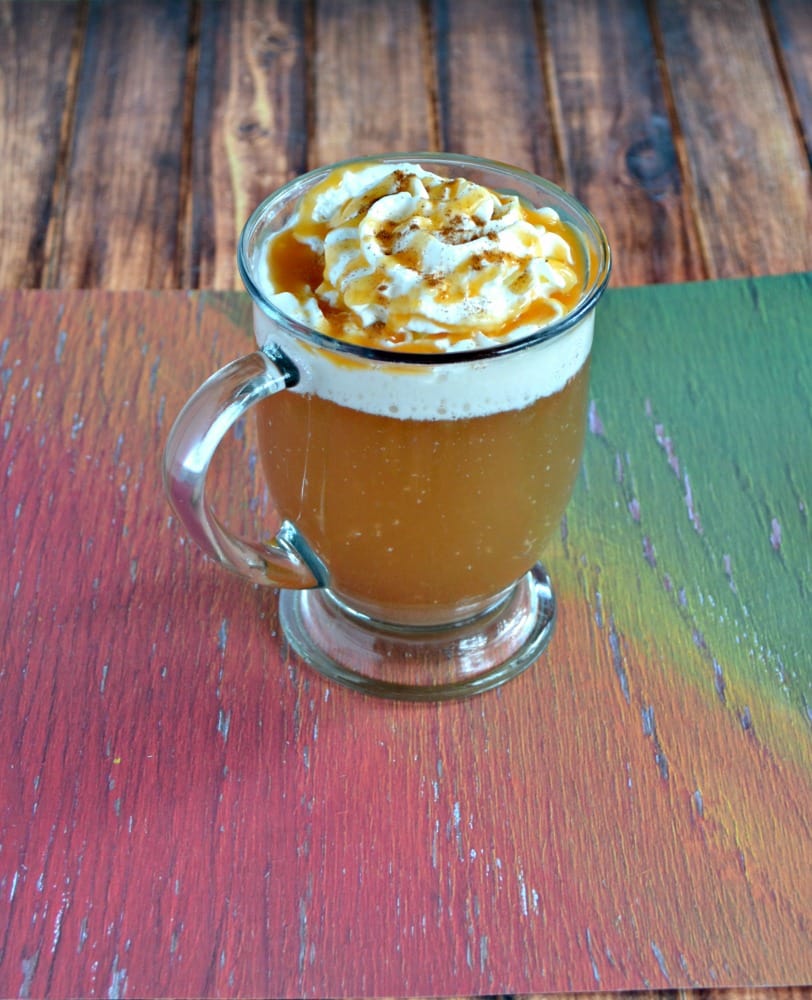 This cider is amazing!  It's sweet, a little bit tart, and has flavors of apples, spices, and caramel.   It's the perfect fall beverage and it warms you up from the inside.  Since it's made in the slow cooker it would be great to serve at a party or when people come over.   Give it a try while apples are in season! 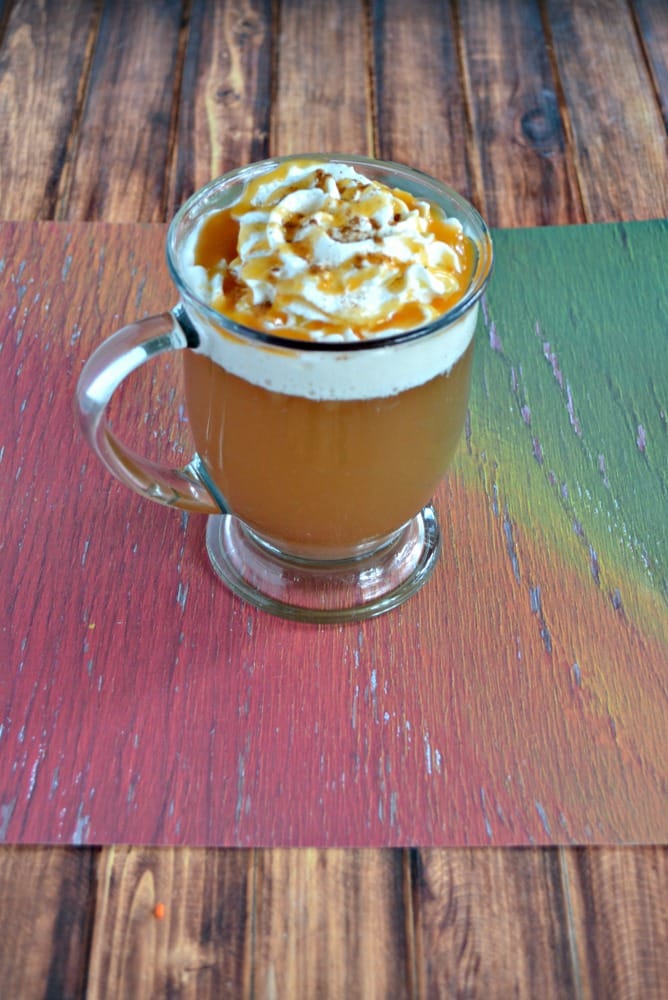 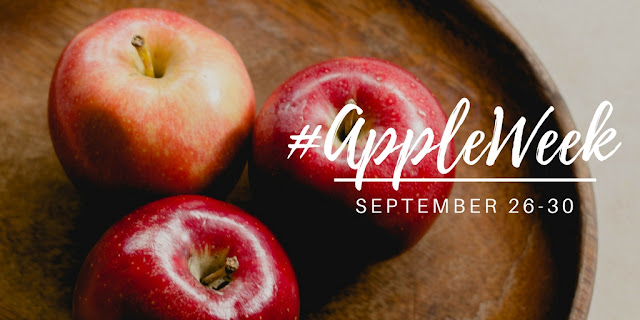 Apple and Nut Drop Cookies by A Day in the Life on the Farm
Apple Brown Betty by Corn, Beans, Pigs and Kids