Valentine's Day is quickly approaching.   I've been thinking about what to plan for dinner and what I keep coming up with is a small cheese plate, delicious steak, potatoes, a winter salad, dessert, and champagne.  In theory this is a great idea.  However, we've been eating healthier and this sounds like a high calorie meal, especially with dessert. 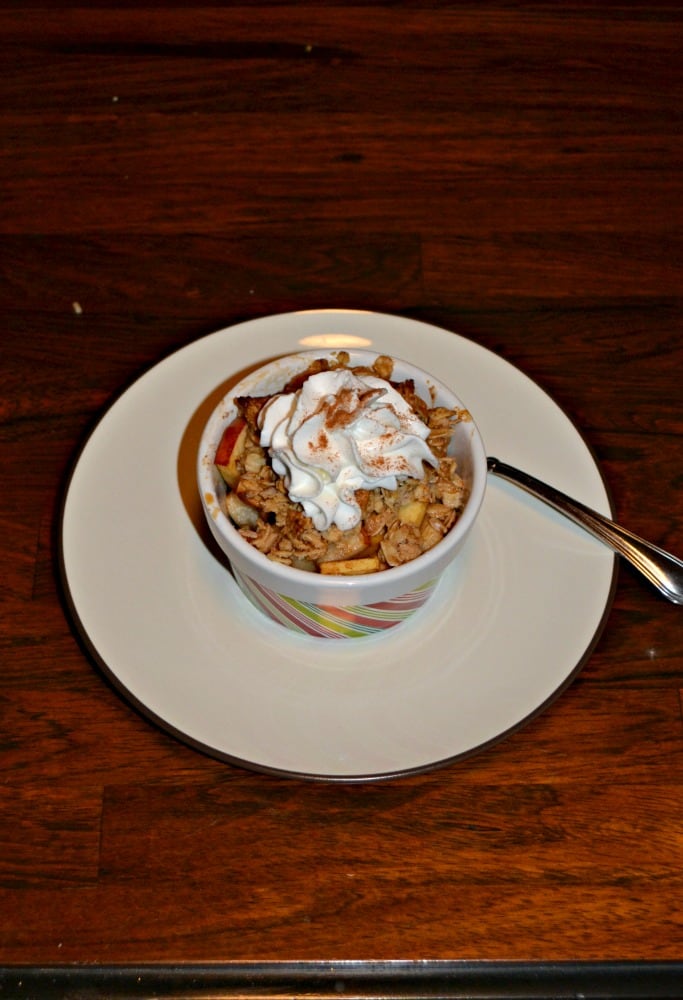 I finally started thinking of desserts with fruit.  One of my favorites is apple crisp and it is so delicious with a nice glass of wine.  I figured it would be awesome with champagne as well. 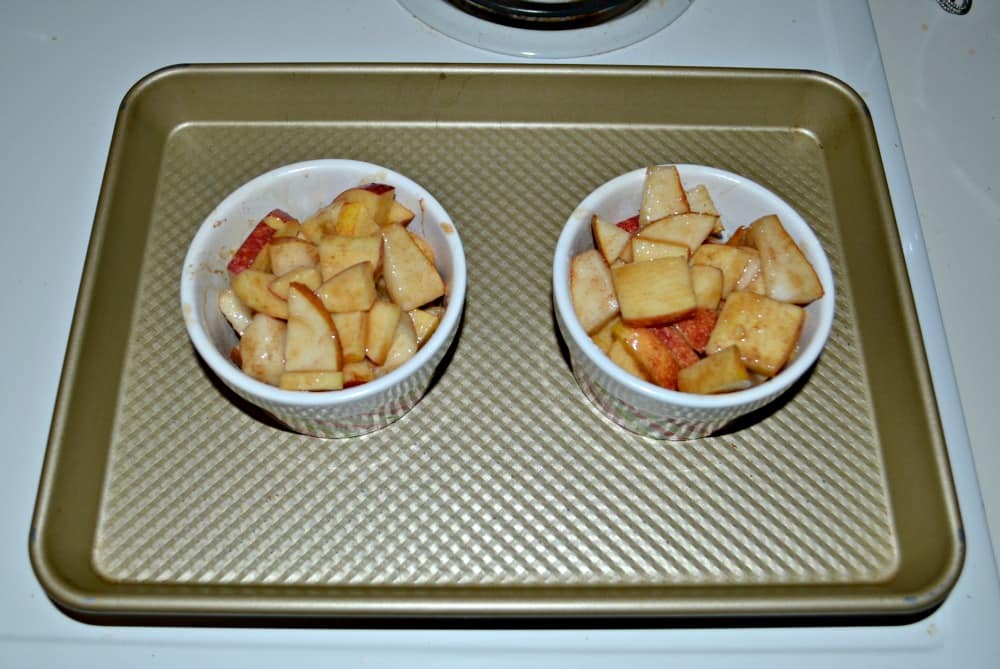 Since apple crisp usually comes in a big pan and we could probably eat the entire pan, I decided to make apple crisp for 2.  I took out 2 large ramekins.  I could have gone with smaller ones but the 6 oz. ones were perfect for Valentine's Day. 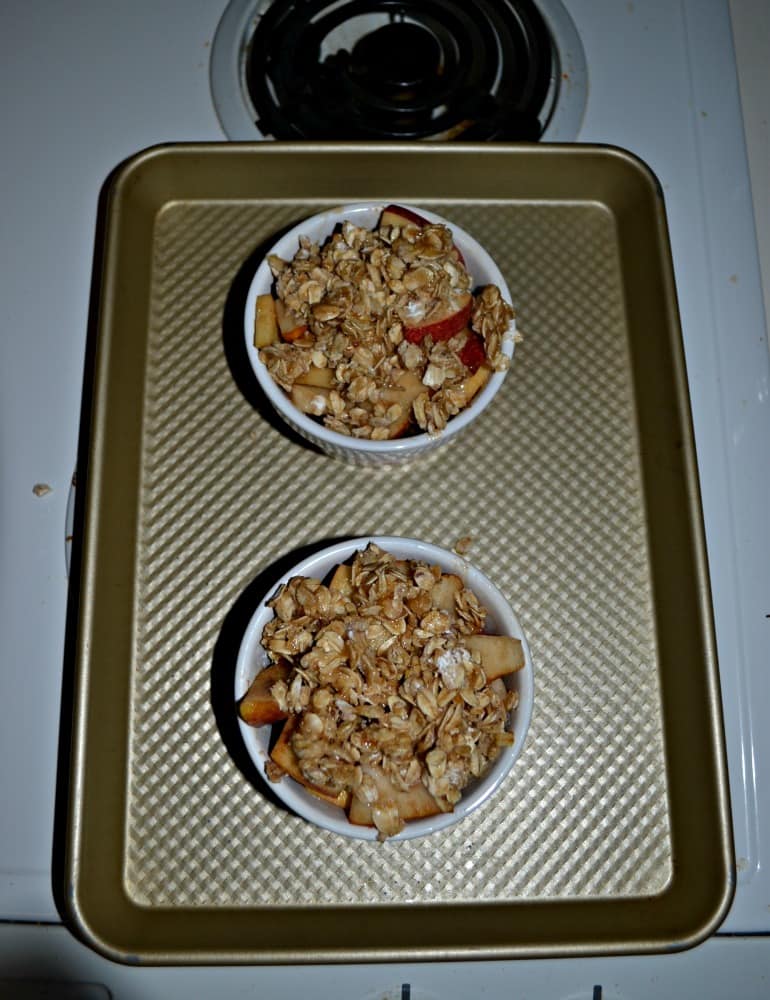 I made just enough to go into the ramekins and then baked them until the topping was golden brown.  They smelled amazing!  When I took them out I opted for whipped cream on top instead of ice cream because it tastes almost as good and it's way less calories. 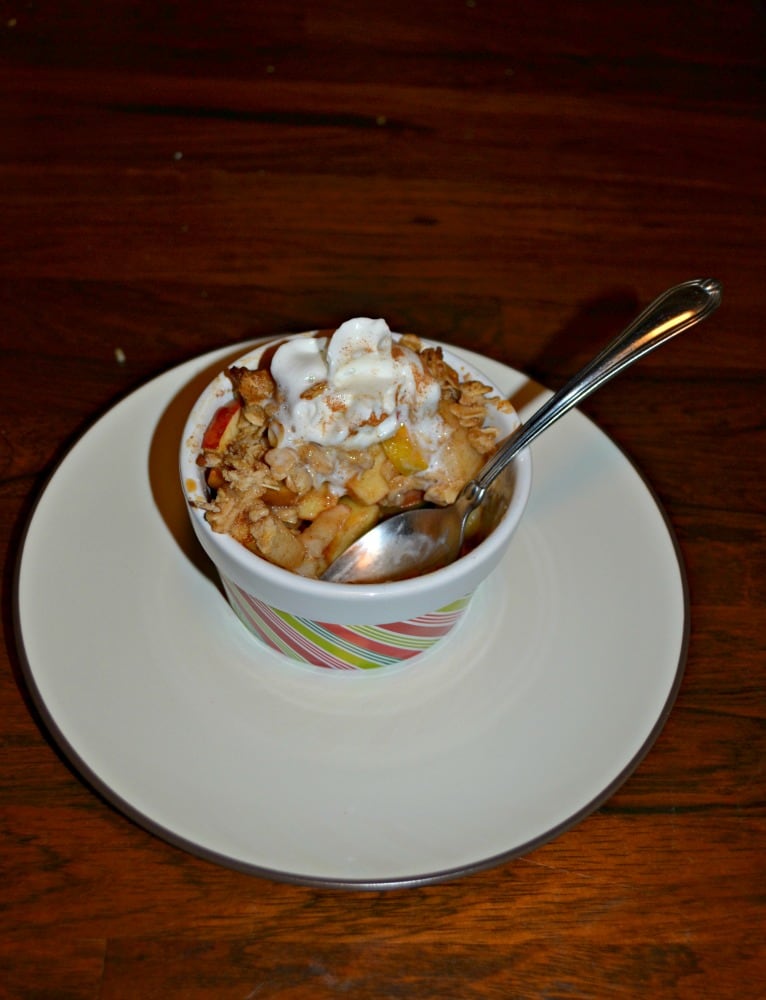 This was the perfect way to end our special dinner for 2.  The apple crisp went well with the champagne.  There was enough that it satisfied our craving for sweets but didn't kill our healthy eating.  Definitely give this a try for Valentine's Day or any other time you're making dessert for 2! 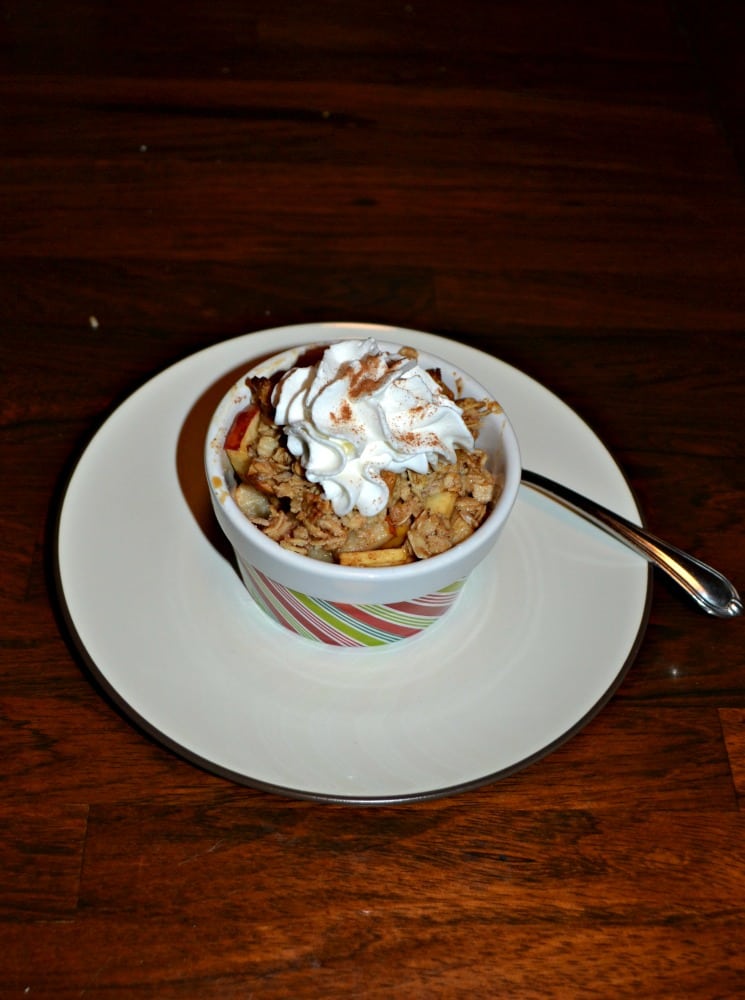