I'm back with another Baby Food Friday!   I've still been making most of Baby J's baby food but a lot of it is single foods so it isn't very exciting.  This week I'm sharing one of his absolute favorite foods, Apple Cinnamon Oatmeal. 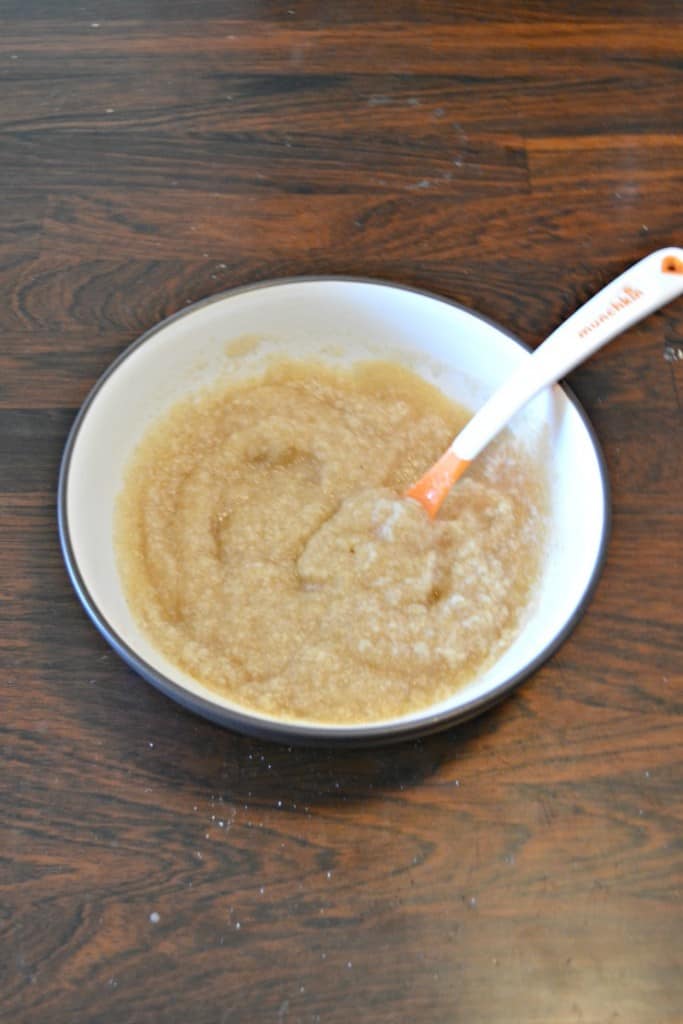 I think it's funny that he likes this so much because he thinks oatmeal is just ok and he likes apples enough but they aren't his favorite.  However, when I combine the apples with the oatmeal and add in cinnamon he can't get enough of it!   I love that he enjoys it because I can get a fruit and a grain into him in a single serving.

To make the Apple Cinnamon Oatmeal I started out how I puree his apples.  I peel the apples, steam them, then blend them in the Baby Bullet along with some water and cinnamon.  Then I dump that puree into a bowl and mix in the oatmeal. 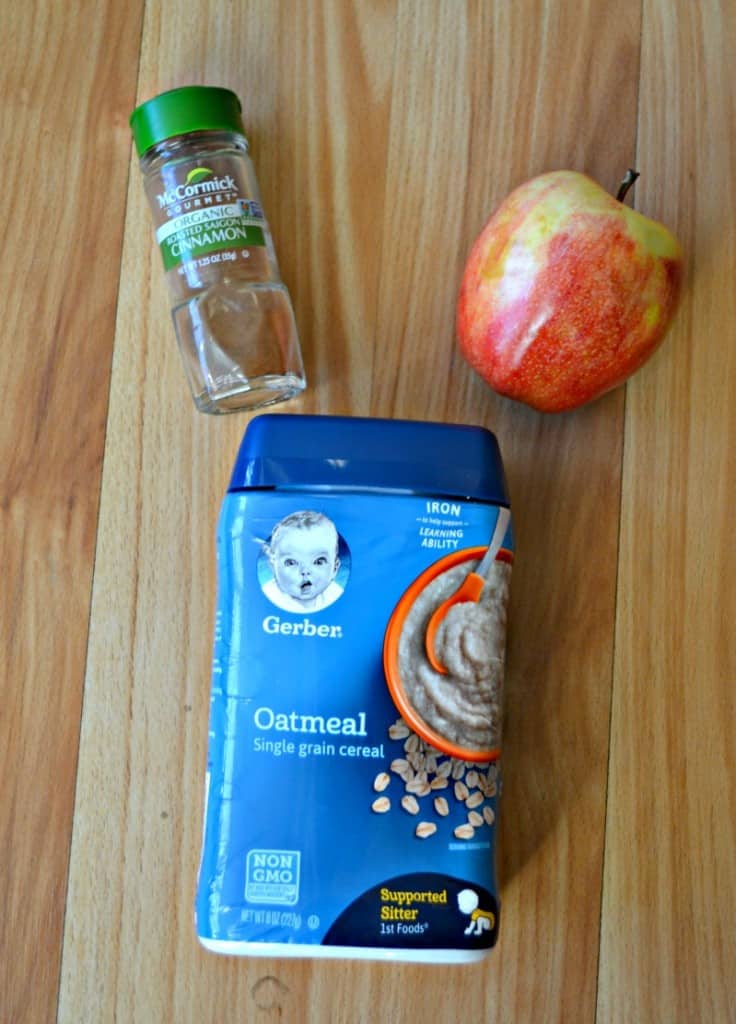 You can keep this in the refrigerator for up to 3 days or freeze it for up to a month.  I've been making this in bigger batches because he eats this Apple Cinnamon Oatmeal once a day.  I've tasted it myself and have to admit it's pretty good.  Plus since I make it myself I know there are no preservatives and no added sugar. 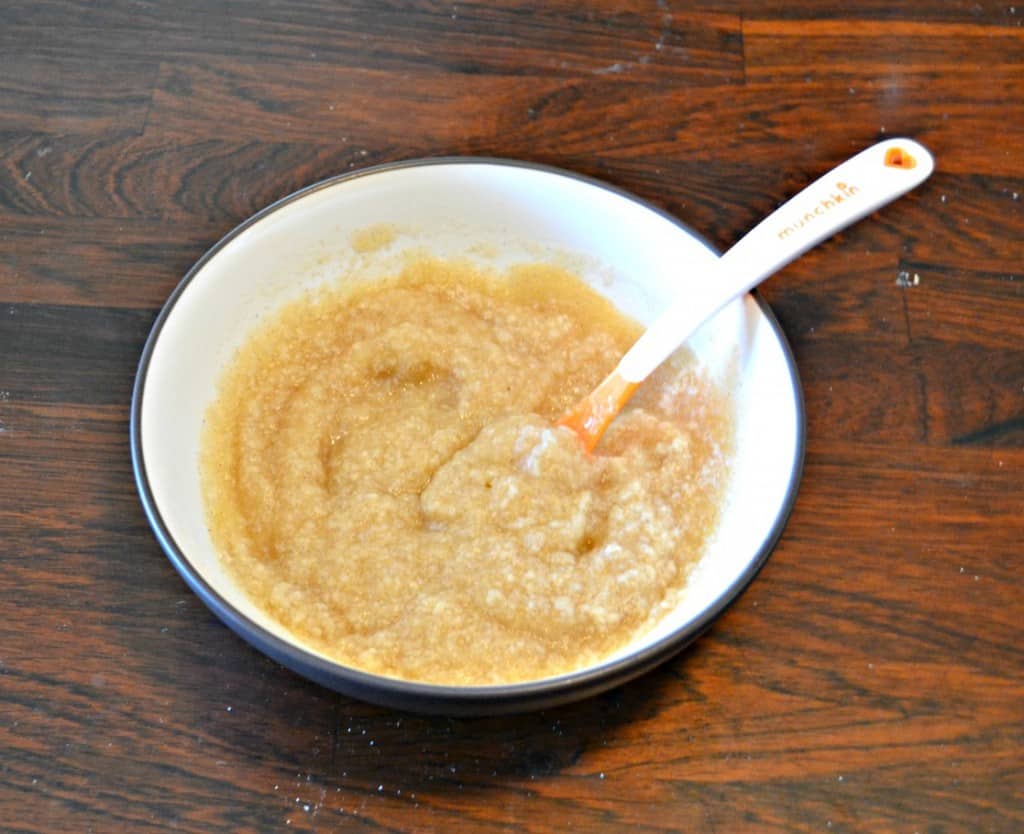