Back in the day I used to be a waitress at a restaurant called Don Parmesan's.  I was one of the first people to work there at the young age of 16.  My cousin, who was 18, also worked there.  Her boyfriend at the time (now her husband) was the general manager.  Years later my brother would work in the kitchen. I worked there for 7 years and I loved it.  I even came back on weekends from college to work.  I moved to Maryland for a teaching job and still went home on weekends to work. That's how much I liked waiting tables. 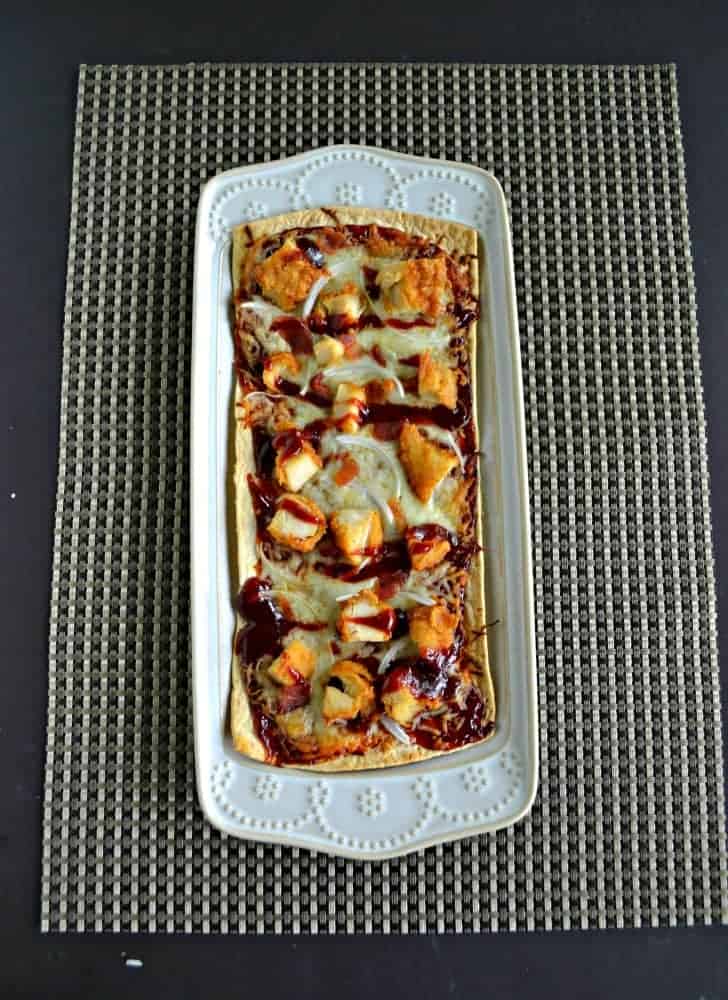 There were so many dishes I loved when I worked there.  One of my favorites was the grilled chicken salad because it had grilled chicken, french fries, and bow tie pasta.  Every now and then I'll still crave it and make my own version at home.  Another one of my favorites was the BBQ chicken pizza.  It had BBQ sauce on the crust and was topped with cheese, bacon, red onions, and chicken.  It was awesome. 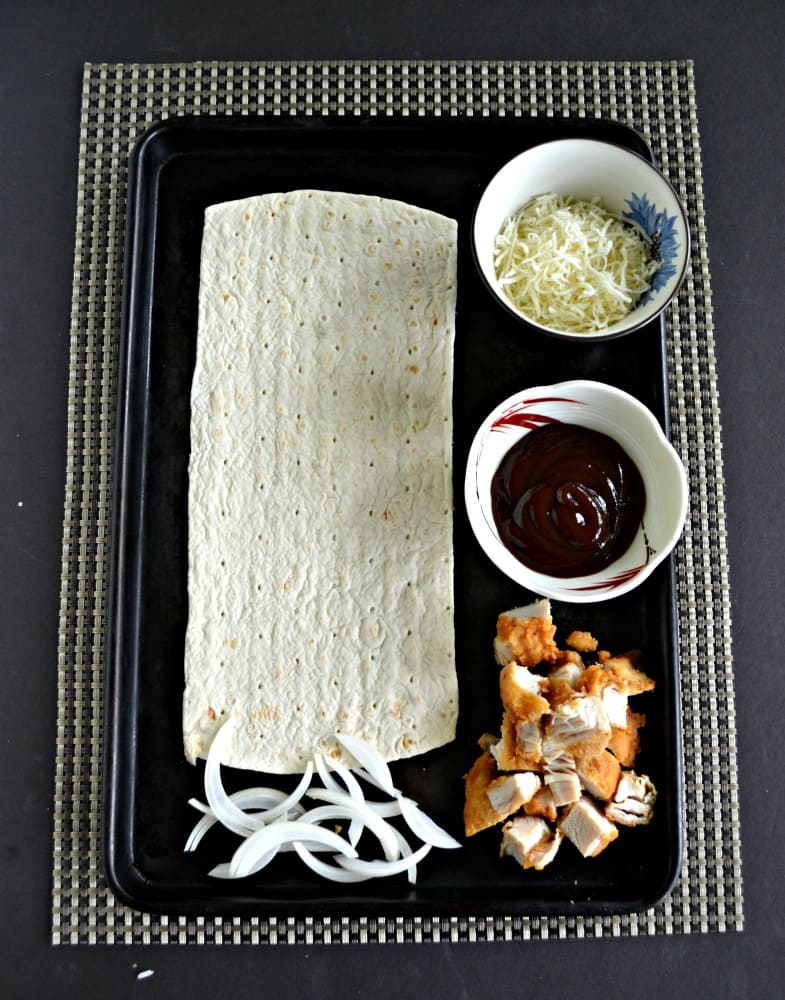 Last weekend I was so hungry at lunch time but I didn't feel like making anything big.   I found a couple of flatbreads and decided to make a pizza.   I was lucky that there was both bacon and chicken in the refrigerator because I was craving that BBQ chicken pizza from Don Parmesan's. 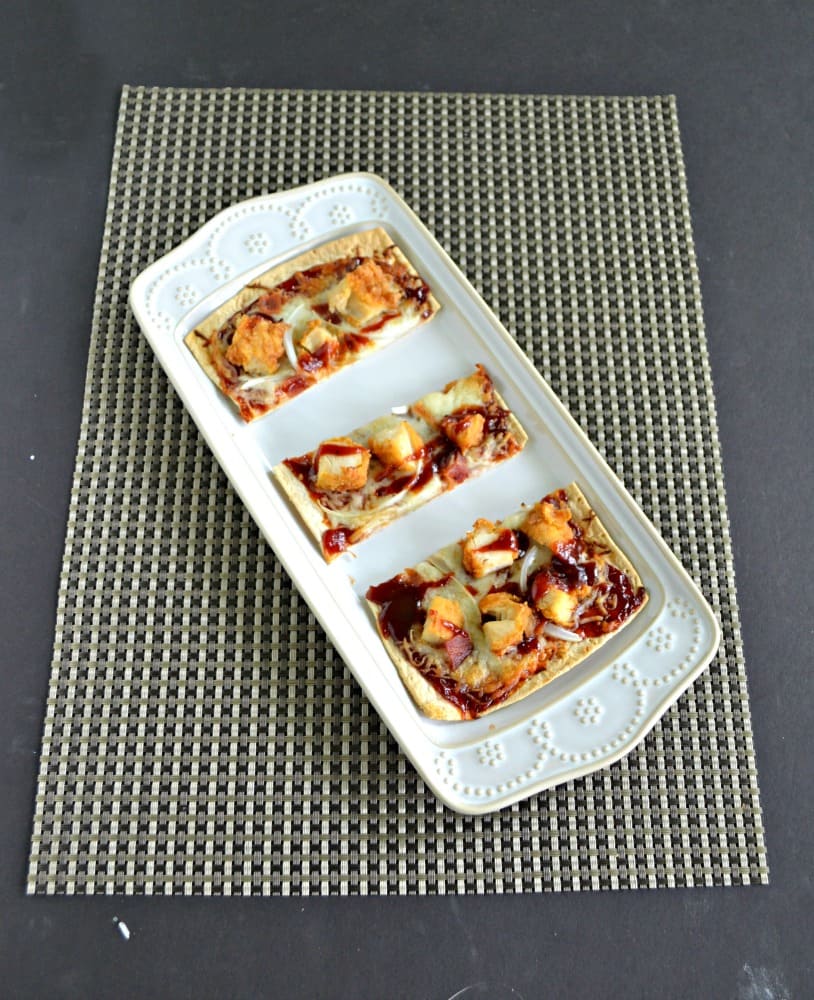 I was able to whip up a flatbread version in about 10 minutes.  I didn't have red onions so I just used a sweet onion I had on hand.   Instead of putting BBQ chicken on top of the pizza I cut up some chicken strips, sprinkled them on, then drizzled the entire thing with the BBQ sauce. 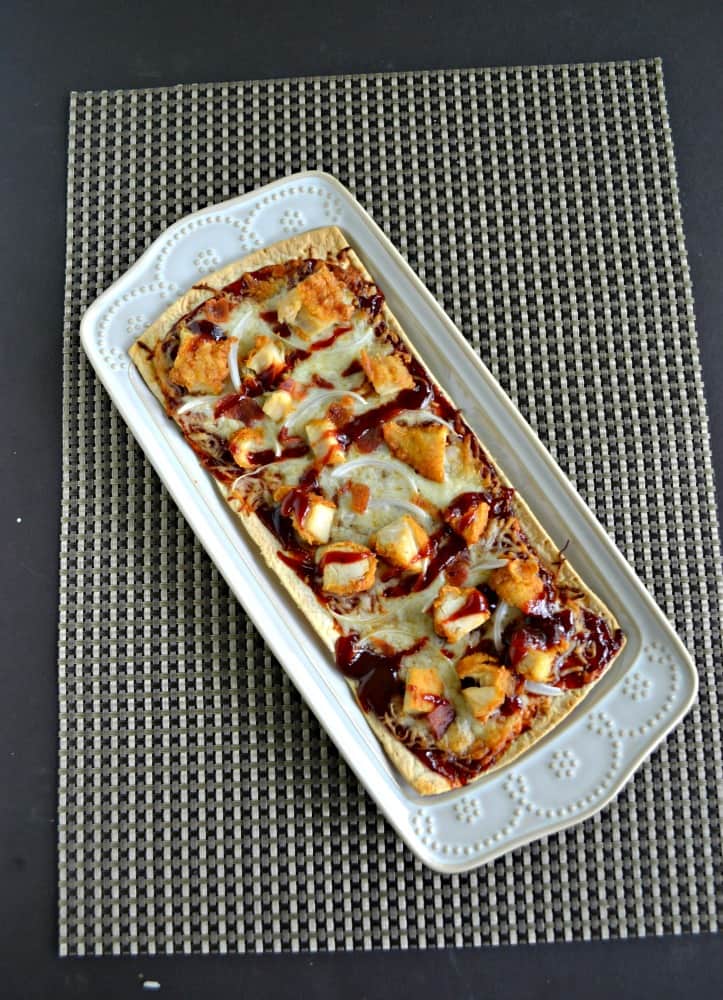 This pizza was awesome!  The flatbread was nice and crispy, the BBQ sauce was hot and sticky, and the topping were delicious.  I love the bacon and chicken combination along with the onions.  If you like BBQ sauce this is definitely a pizza you've got to try! 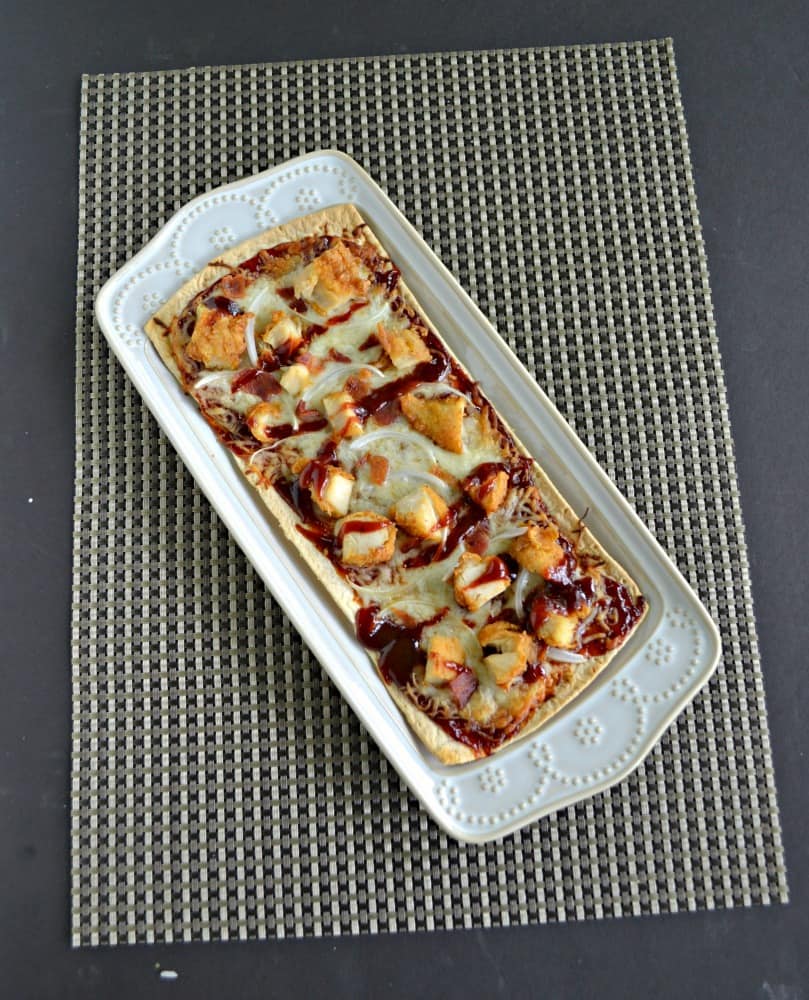