In the summer time there is nothing quite like a cool ice cream cone on a super hot day.   We don't have many ice cream places near us but we do have one in town that is pretty good.  They don't have anything too fancy but I can grab a sundae or a milkshake when I have a craving.  If we go down the road there is a Dairy Queen as well.  Every now and then I can go for a Blizzard but sometimes I just want a flavor that no one has. 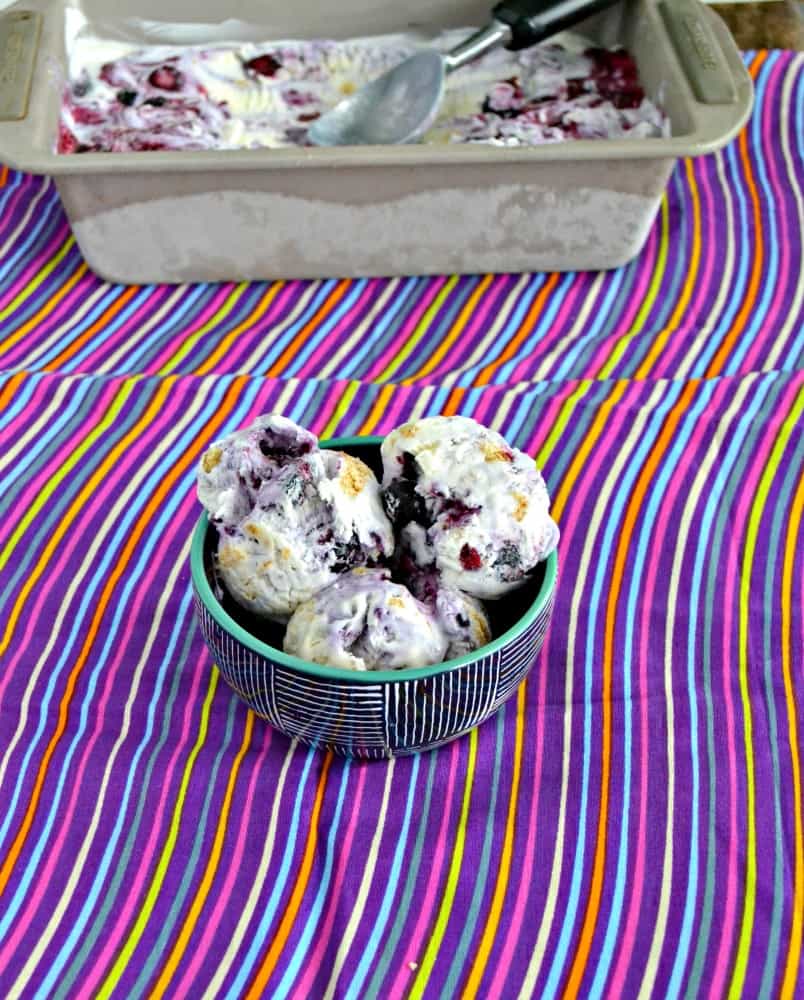 That leads me to making my own ice cream.   Unfortunately I don't have an ice cream maker.   Why?   Mostly because I don't really have the space for one.   I've used them before and I will say that an ice cream maker makes delicious ice cream and I wouldn't turn one down but it isn't something I'm going to buy for myself because it would only get used in the summer and as I said there is the issue of space. 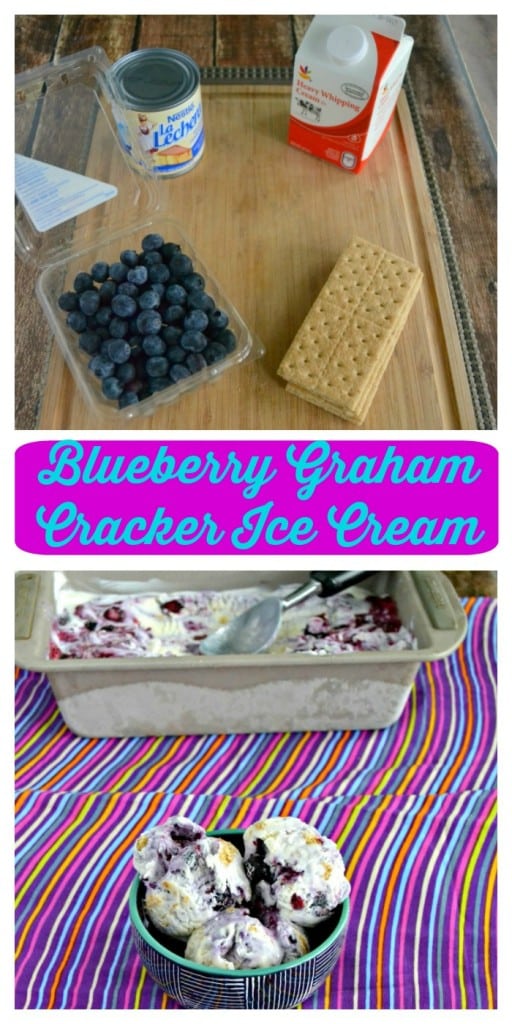 However, I've made several really good no churn ice cream recipes in the past.  You don't have to have an ice cream maker to make ice cream, it just makes it easier.  There are several different methods for making no churn ice cream but they all seem to involve using heavy cream and most of the time using sweetened condensed milk. 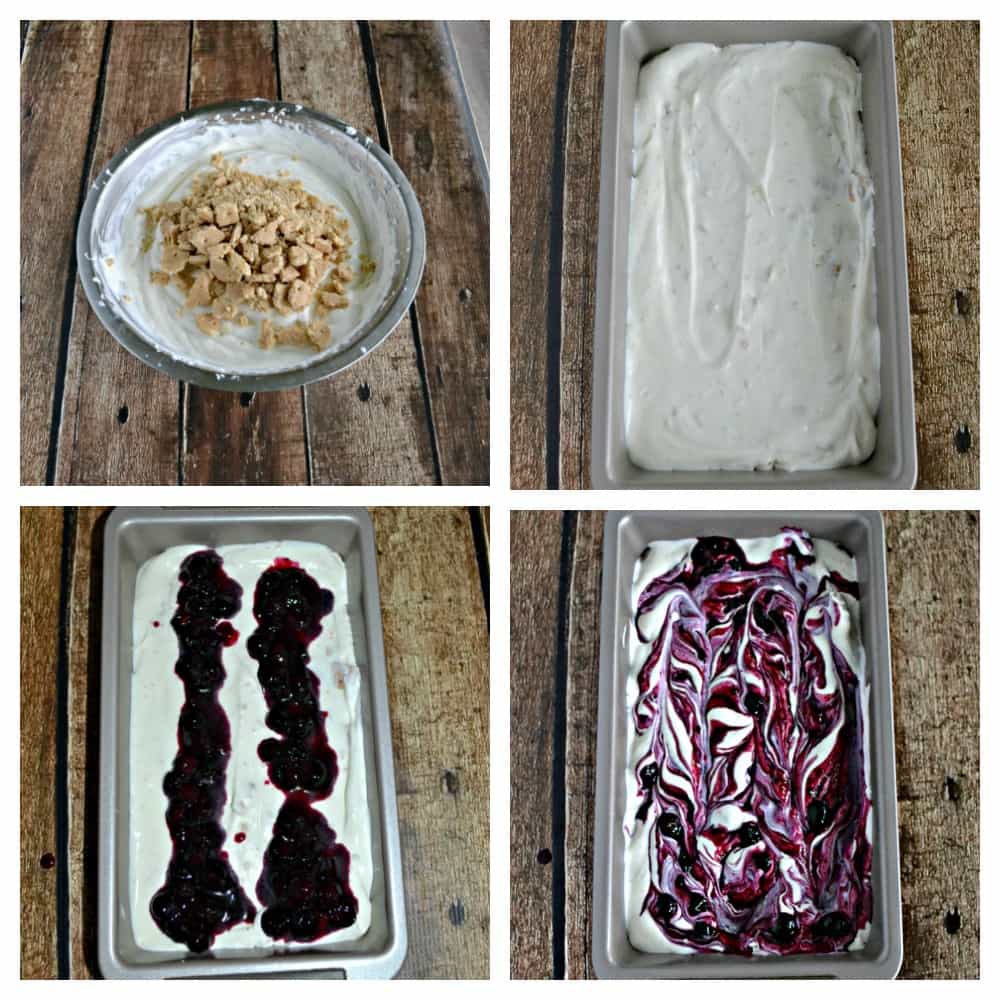 I've found that my favorite method is to whip the heavy cream until it begins to stiffen and then add in the sweetened condensed milk and mix some more.   It results in a sweet and super creamy ice cream.   I used that as my base but then I wanted to add some flavor to my ice cream.

I made a simple blueberry jam in a small saucepan using blueberries, sugar, and vanilla.  I waited until it started thickening and the blueberries began to burst then I took it off the heat and allowed it to cool completely. I then added graham cracker pieces to the ice cream base.   I thought they might get soggy but if you add them right before freezing they actually retain some of the crunch and still have all of the flavor.  I love graham crackers in my ice cream.  It reminds me a a cheesecake that way.

I then took the blueberry jam and swirled it into the ice cream.  I made pretty patterns using a butter knife and then I froze it.  That's it!   This recipe really is simple to make and you could use any flavor of homemade jam to make the swirl in the ice cream.   I found this combination to be one of my absolute favorites. The sweet and creamy ice cream is broken up with the bright blueberry jam swirl.  Then the graham cracker flavor really comes through as well and it ends up tasting like blueberry cheesecake!  It's a super yummy ice cream and I love that it's so easy to make with this no churn method.  Give it a try this summer; you'll thank me! 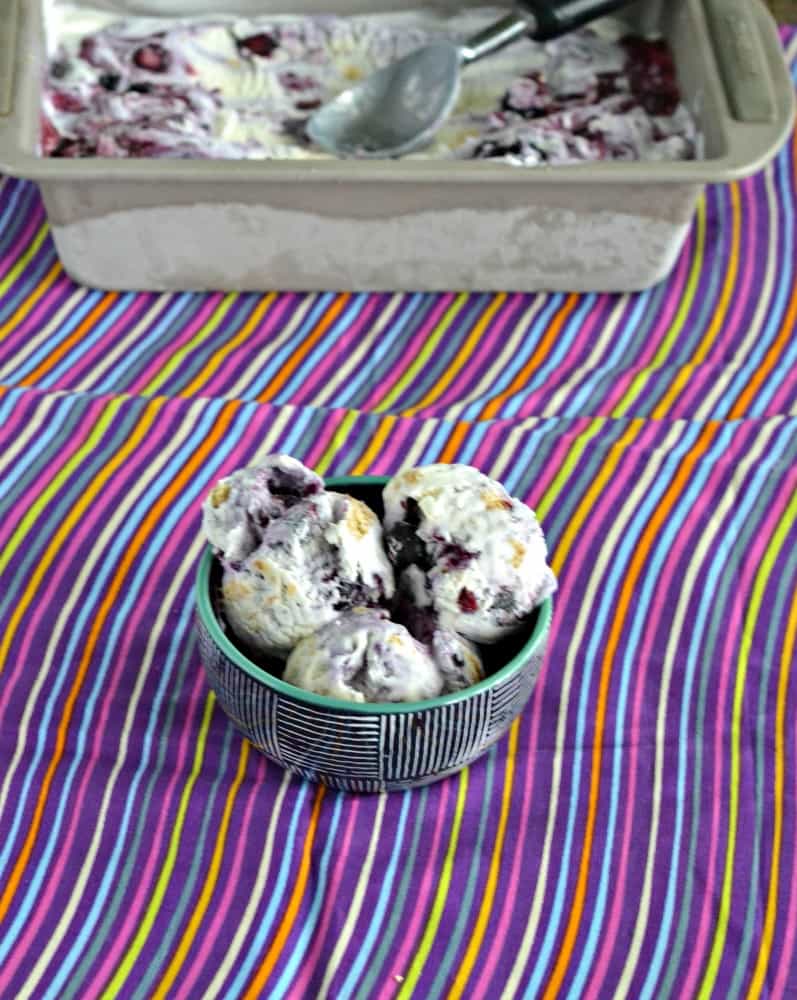