Go ahead and say it...I'm obsessed with sliders this summer!   I have no idea where this obsession came from but I've been buying the 1 ½ pound package of ground beef which makes 6 delicious sliders.  This is great because it's enough for my husband and I to eat them for dinner and then again the next day for lunch.  I love it! 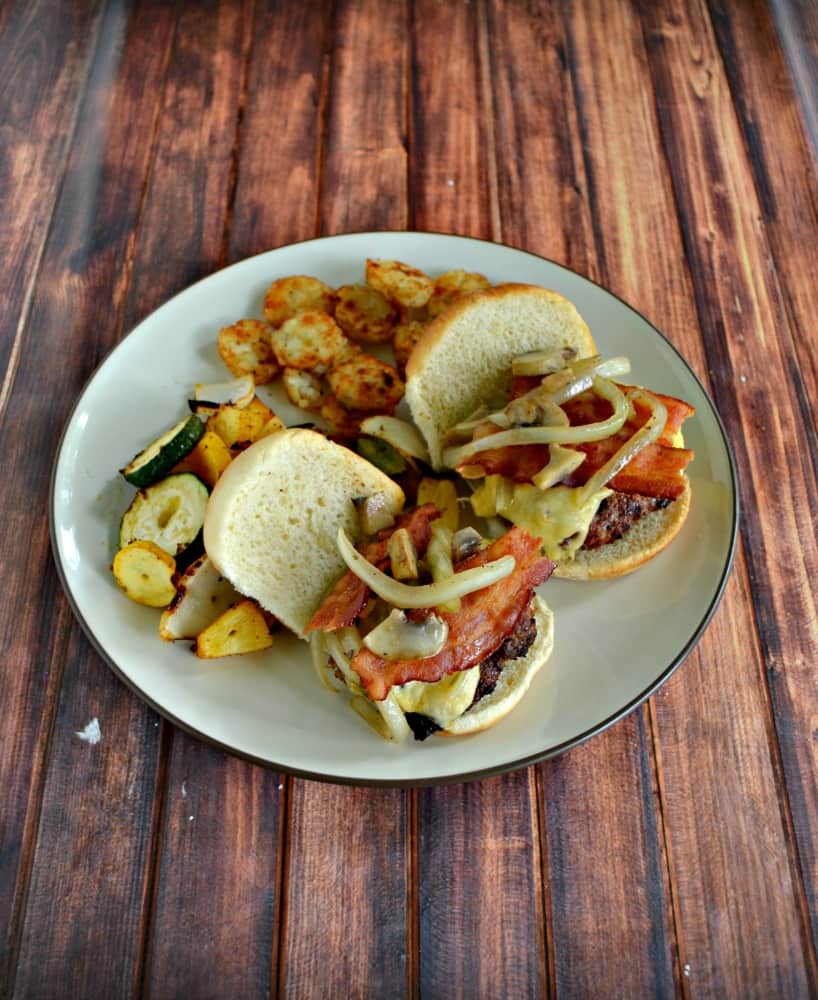 I've also found that sliders are easier to cook because they only take a few minutes on each side.  I'm pretty sure I've found the best burger slider base recipe so I've been leaving that along and then changing up the different toppings.  I love coming up with combinations of cheese and vegetables on top of the burgers.

This week Sunday Supper is all about Easy Football Food and since I'm a huge football fan I'm sharing one of my favorite sliders.  This one started with bacon because bacon is always one of our favorite burger toppings.  I picked up a package of Swiss cheese at the market earlier in the week and wanted to make Bacon Swiss Burger Sliders.    Bacon Swiss is a classic combination and I knew it would taste great with my slider recipe. 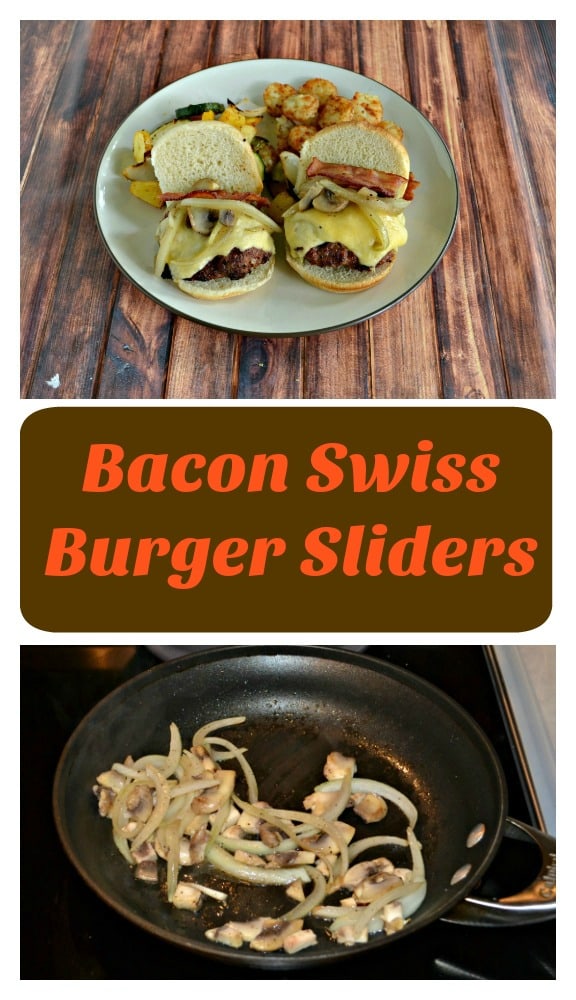 I immediately went to the refrigerator to check and see what vegetables we had to pair with the Swiss cheese and bacon.  We are still getting our weekly CSA so I knew there were plenty to choose from.  After digging around in the vegetable drawer I chose mushrooms and onions.  It's another great combination that I thought would work well with these burgers.

My husband went to work grilling the sliders while I fried up the bacon in one pan and the onions and mushrooms in another pan.  Just about the time he said they were almost finished I rushed out with the cheese and buns then removed everything from the heat. 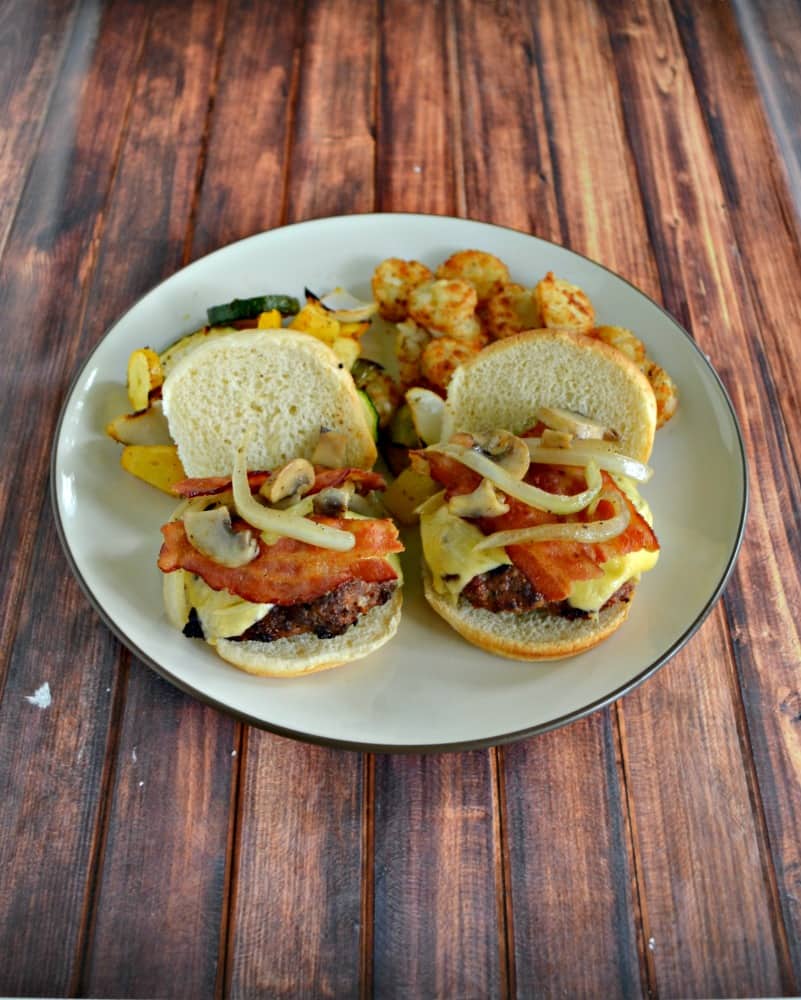 To assemble the burgers we melted the cheese on the sliders then topped them with the bacon, mushrooms, and onions.   I liked this combination a lot.  The Swiss cheese was fairly mild but melted beautifully.  The bacon was salty and crisp, and the mushrooms and onions added a lot of flavor.  I did add a touch of steak sauce when I was eating these but they were great on their own as well. 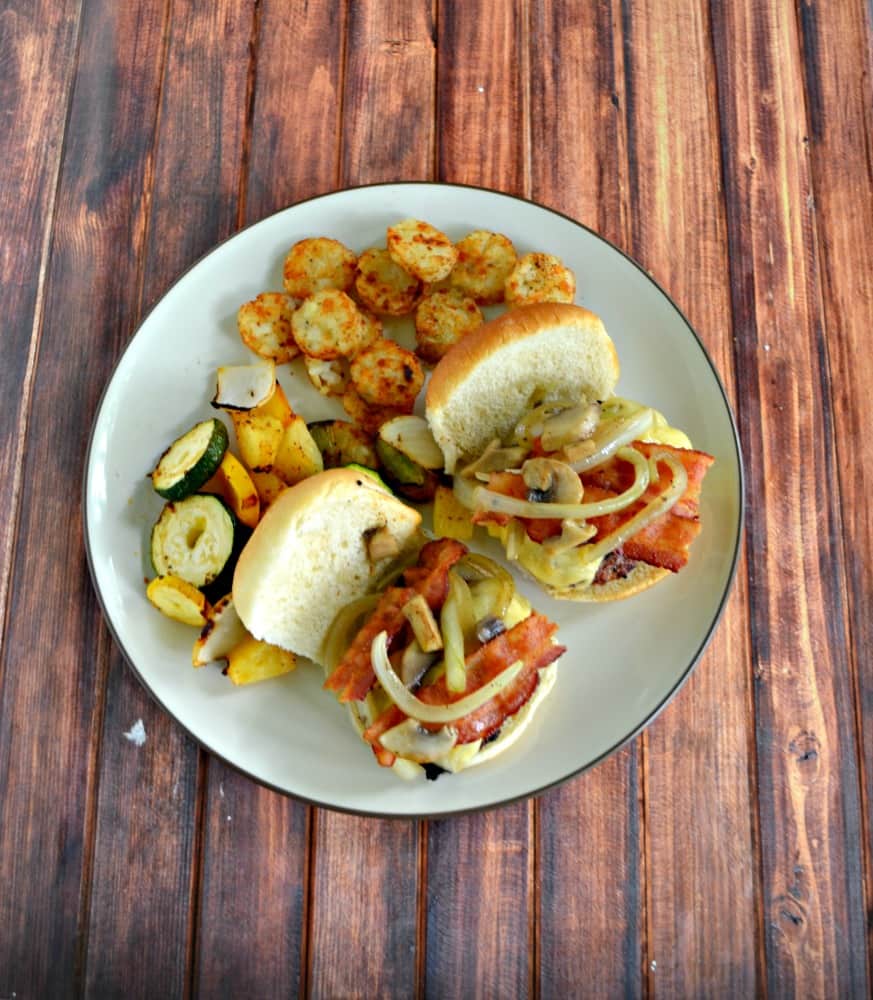