I like chili sauce.   We always have a jar of it on hand to put in mostly Asian style recipes.   It has a lot of heat behind it and a little bit adds a lot to my stir fry dishes. 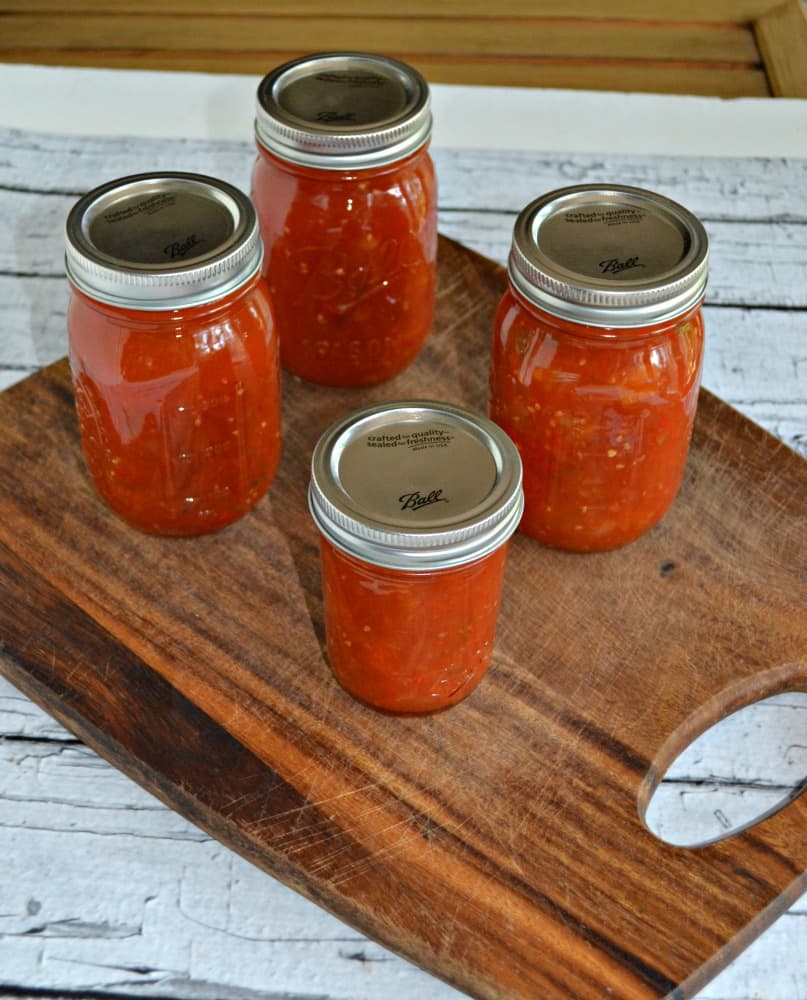 So when I came across a recipe for hot and sweet chili sauce I was intrigued.  I love hot pepper jelly because of it's hot and sweet quality so I thought this might be a delicious way to put a spin on one of my favorite condiments.

The basic recipe wasn't too hard.  It mostly consisted of tomatoes, peaches, pears, and peppers.   It had bell pepper and chili peppers in it.  I used a combination of jalapenos and poblanos which probably didn't make it as spicy as traditional chili sauce but I thought it would add the right amount of heat to this sauce. 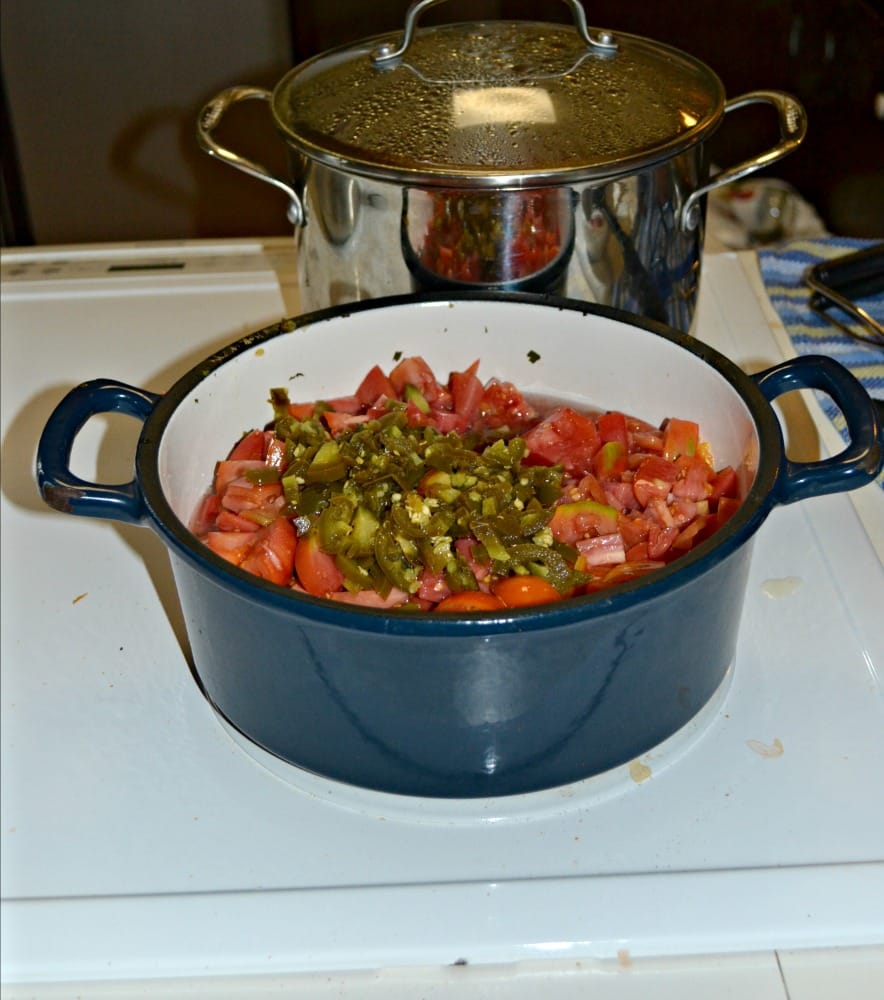 The end result was really delicious.  It was a bit sweeter then I'm used to but it had a nice bit of heat on the finish.  I've been using it in my Asian dishes but since it isn't too spicy it's also great to put in dipping sauces as well.  I think it would be great as part of a marinade as well. 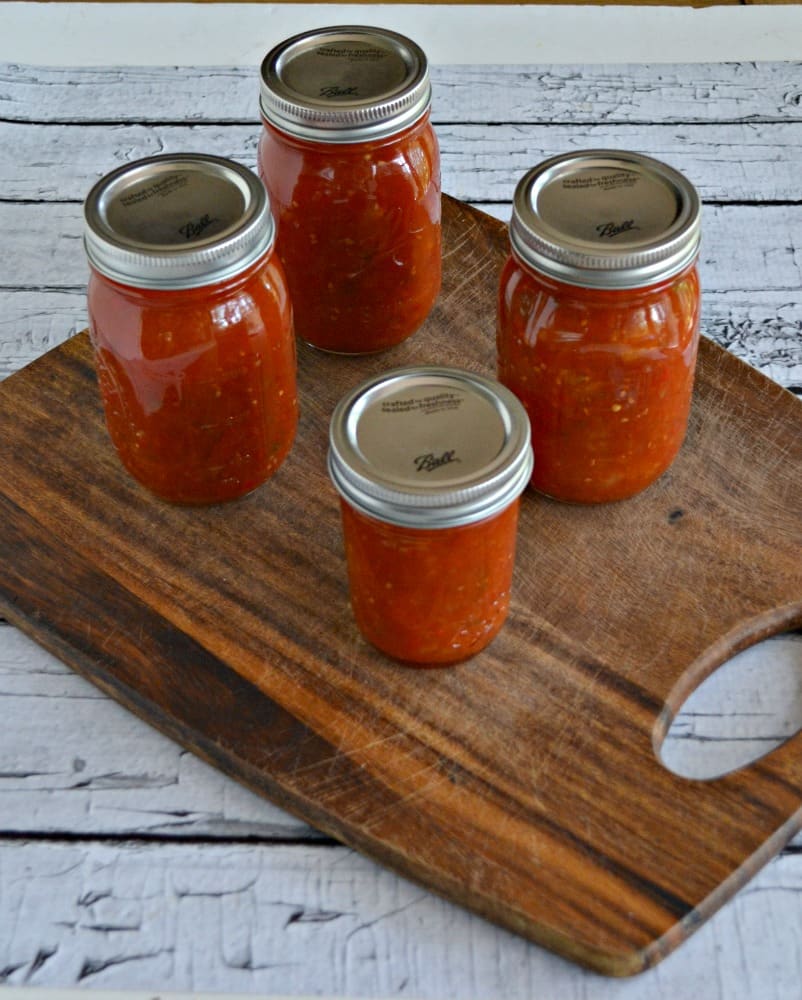