My husband loves donuts.   He rarely eats them but when he has one he really enjoys it.  I, on the other hand, am not a huge fan of fried donuts.   While I think they taste fine I just can't get over the amount of calories for something I could take or leave.  I do happen to like homemade baked donuts though because they are more cake like then fried. 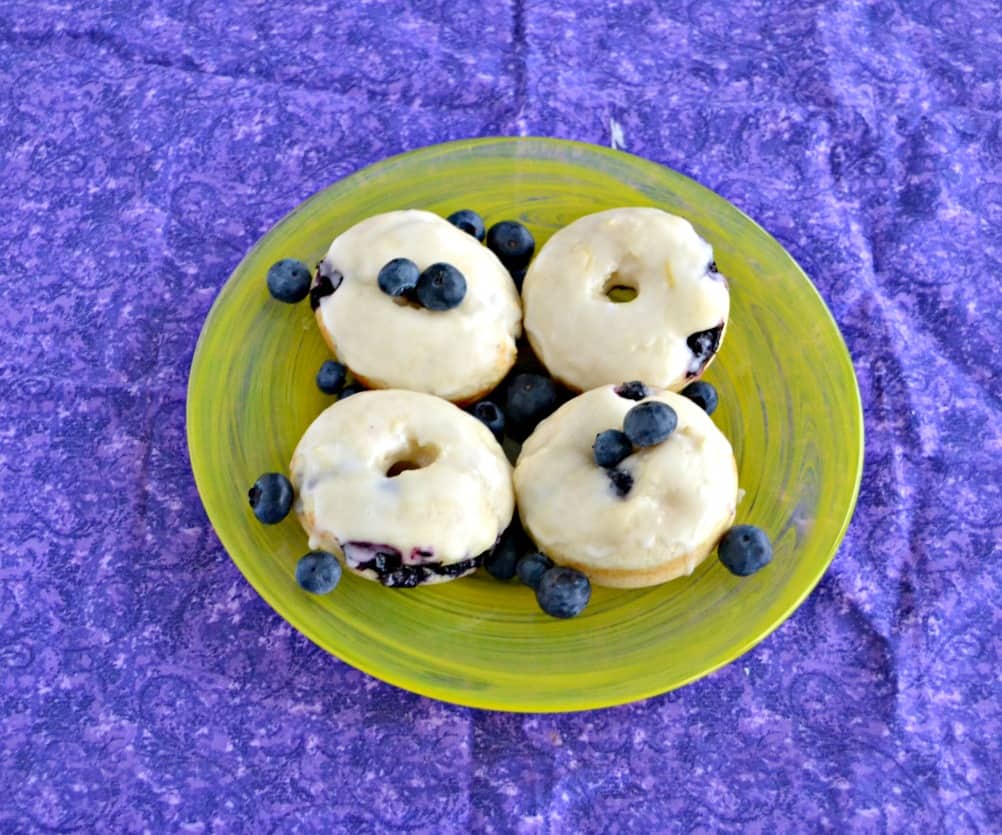 So when Kate of Kate's Recipe Box chose baked donuts for our What's Baking? challenge I started thinking of something that would be healthier and delicious for breakfast.   I wasn't sure what type of donut I was going to make but when I had a snow day on Tuesday the weather decided for me. 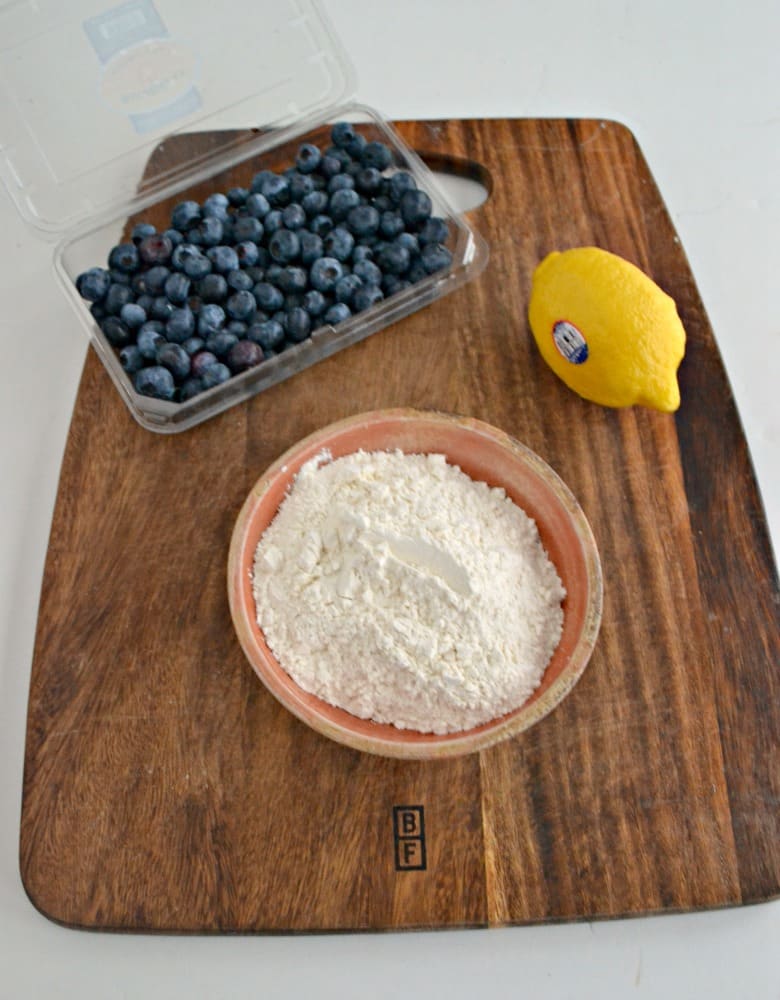 I woke up hungry and didn't have a whole lot in the kitchen.   Since I don't ever have time to make breakfast during the week I thought it would be nice for both my husband and I if I made the baked donuts on a Tuesday.   After looking in the refrigerator and the pantry I decided on a lemon blueberry donut.  I love the flavor of sweet blueberries with tart lemons and I thought they would be great in a baked donut. 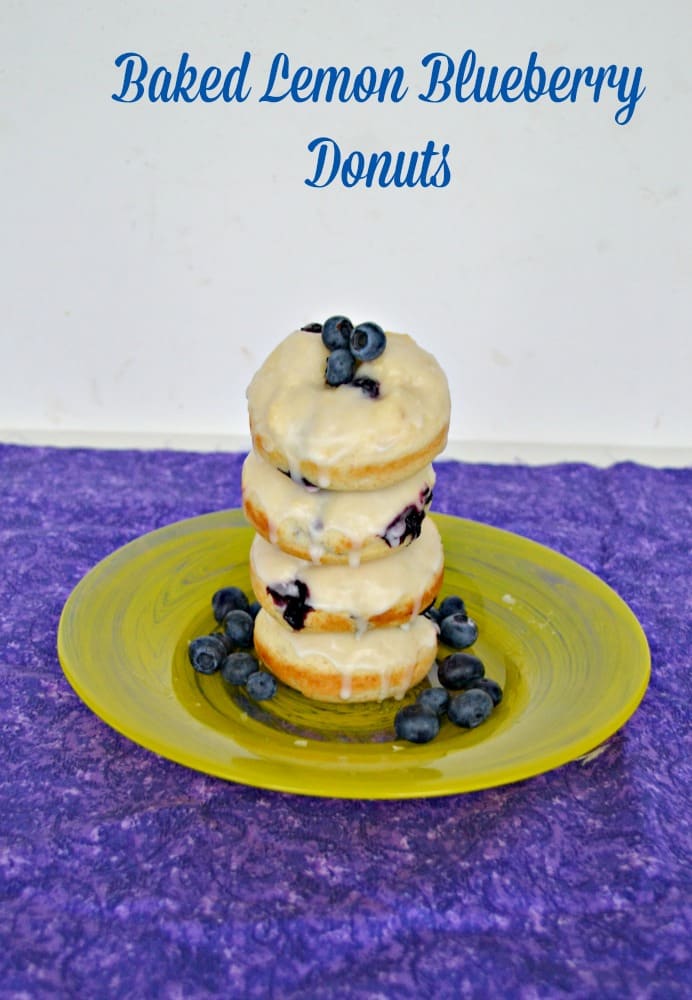 While my husband was outside shoveling I whipped up a pan of these donuts.  I love having a donut pan because it makes 6 small donuts and they are ready in about 10 minutes.  There's no huge clean up of hot oil like there would be for fried donuts and these ones taste so much better.  I added in fresh blueberries and some lemon zest.  Then when the donuts were cooling I whipped up a fresh lemon glaze.

My husband walked into the house as I was glazing the donuts.   Once he took off his coat and made a cup of coffee we enjoyed bright and delicious donuts with our hot coffee.   It was the perfect combination for a cold and snowy day.   The blueberries burst a bit in the oven but once they cooled the donuts stayed together without any problems.   These are definitely a tasty breakfast but they would also be a great midday snack with coffee or tea.

Adapted from The Recipe Rebel 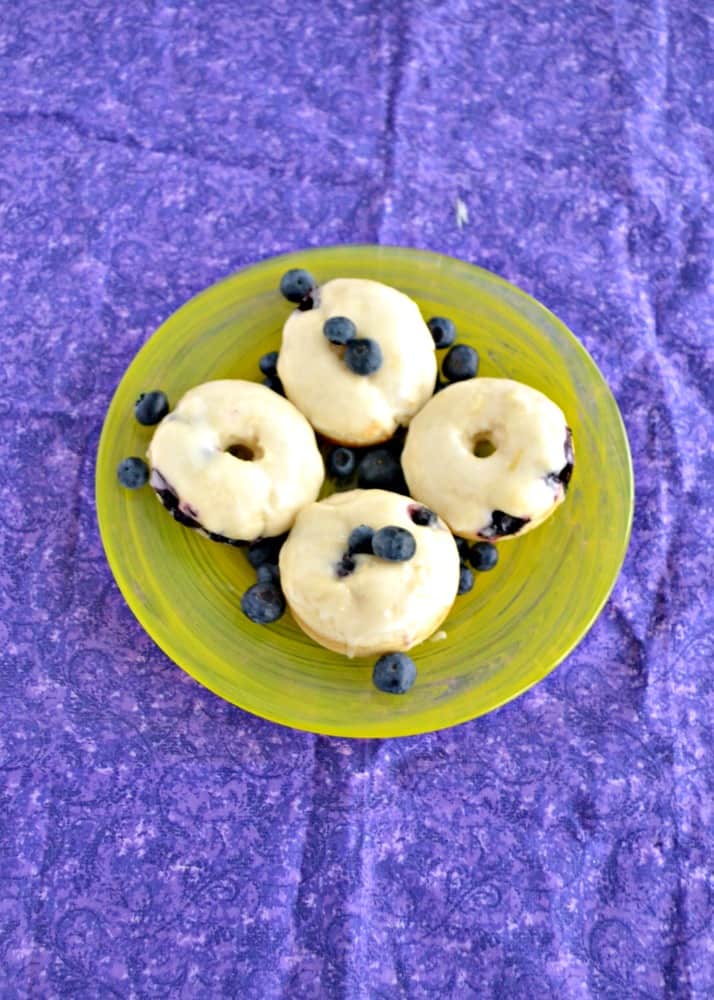