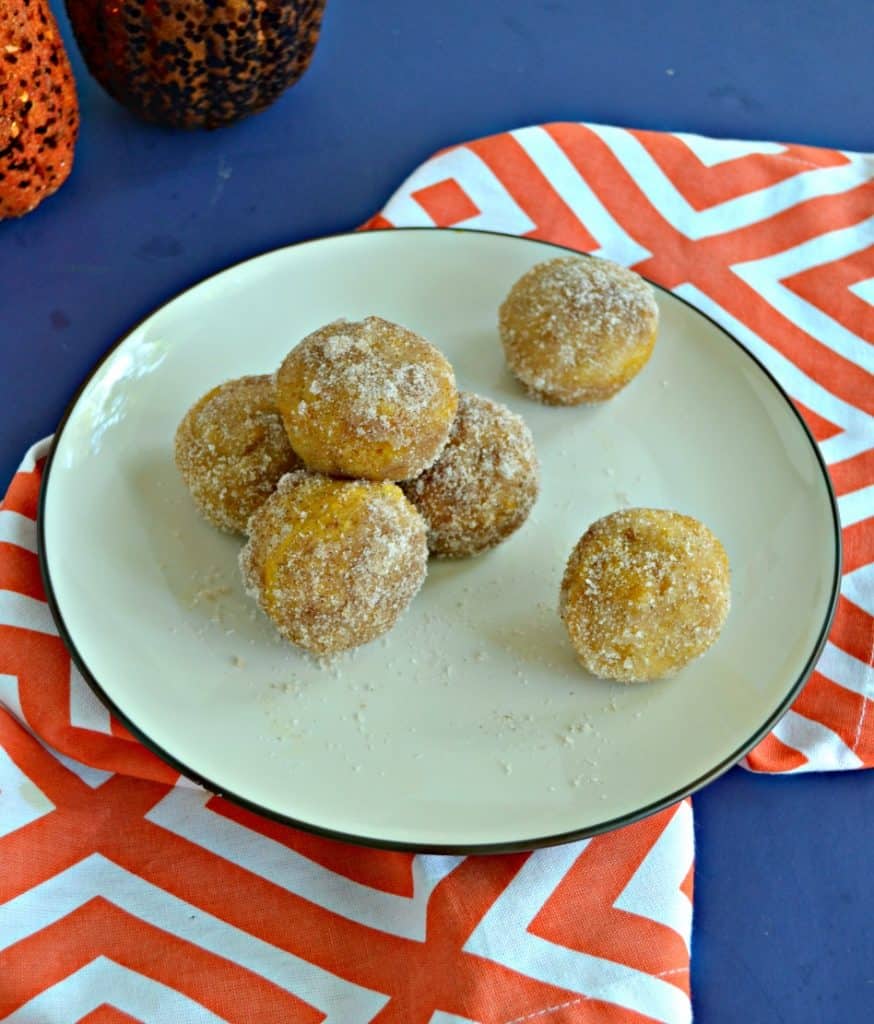 Let's talk about fall.   As soon as Pumpkin Spice Lattes hit the coffee shops I know that fall is on its way.  No more sweltering August heat.   It's cooler temperatures, colored leaves, and jeans and hoodie weather for me.

While I can't get enough of pumpkin spice lattes I also enjoy making pumpkin treats.   In the past I've made several pumpkin donuts but I've yet to make donut holes.   If you don't want to fry donut holes the trick is to bake them in the oven in mini muffin tins. 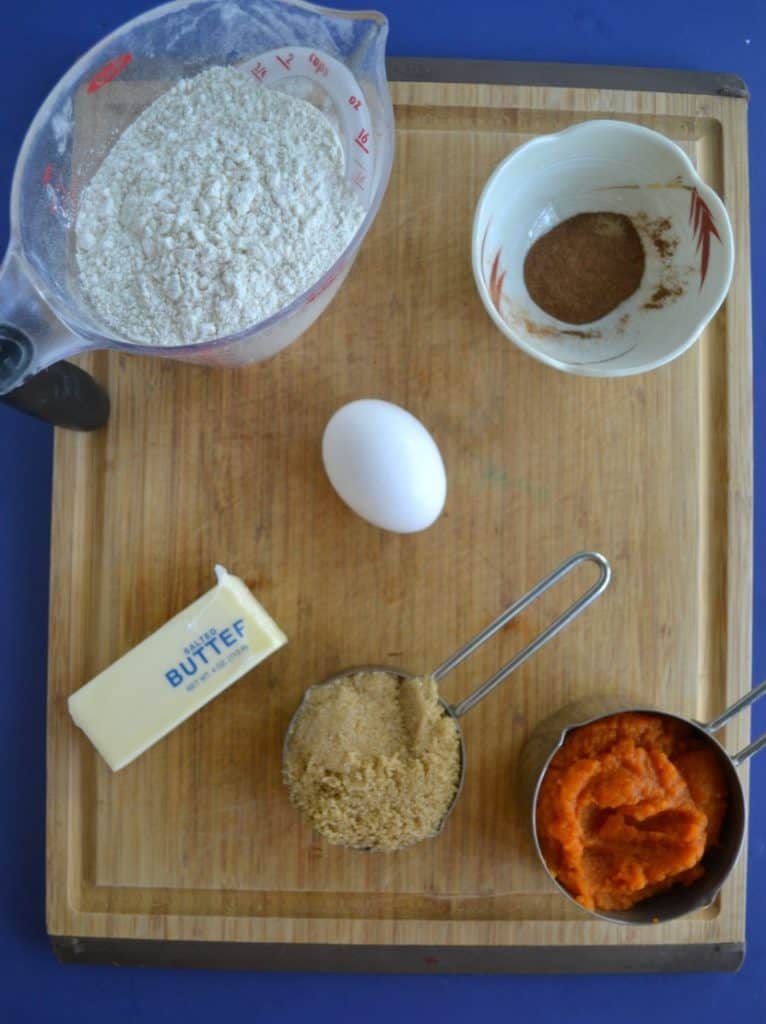 These Baked Pumpkin Donut Holes have real pumpkin puree in them along with pumpkin pie spice, cinnamon, cardamom, and nutmeg.  Just mixing the batter together had me thinking fall.

The trick to getting them to look like donut holes and not mini muffins is to not fill the muffin tins too full. You don't want to batter to rise over top of the tin.  You want the donut holes to stay within the cup.

After baking the donut holes you aren't done.  The best part is still coming.  Each donut hole is dipped into melted butter and rolled in sugar mixed with cinnamon and pumpkin pie spice.

These donut holes are amazing.  There is a mild pumpkin flavor and plenty of spice.   The butter and extra spiced sugar really puts these over the edge and into a whole new category.  They are great for breakfast, a snack, or even dessert.

While donut holes are best served the day they are made, you can keep them in an air tight container lined with paper towels for up to 3 days. 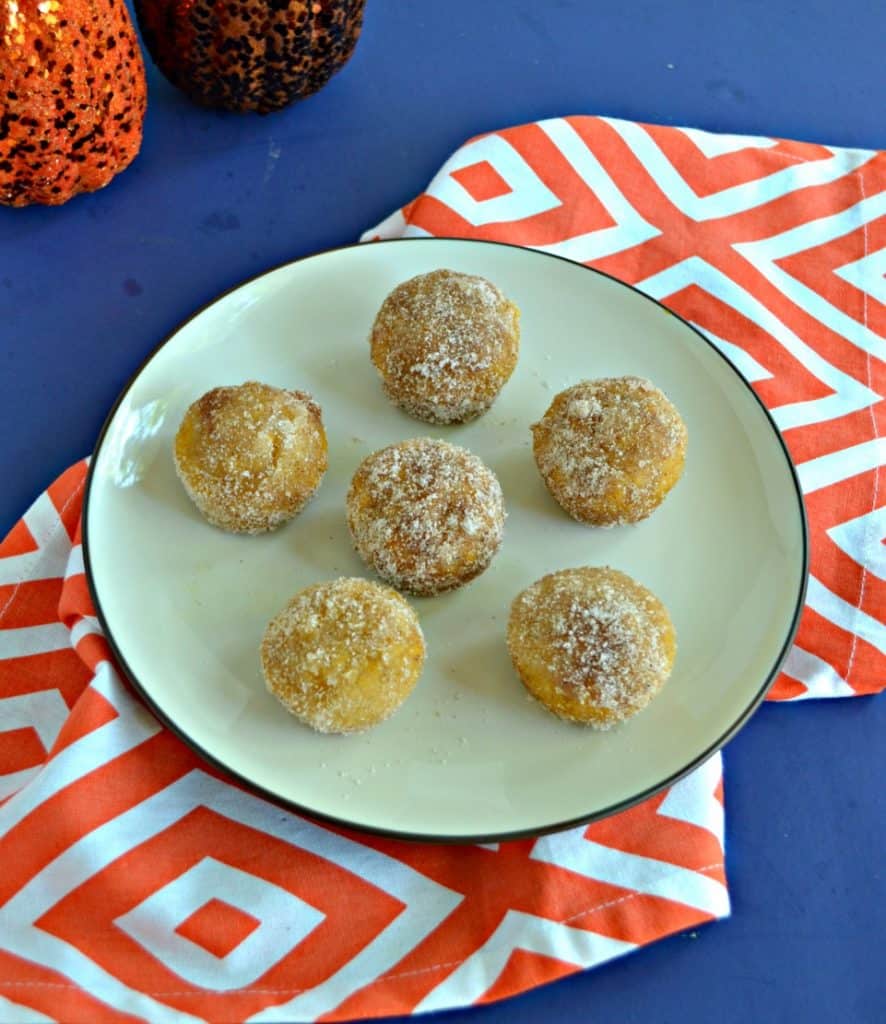 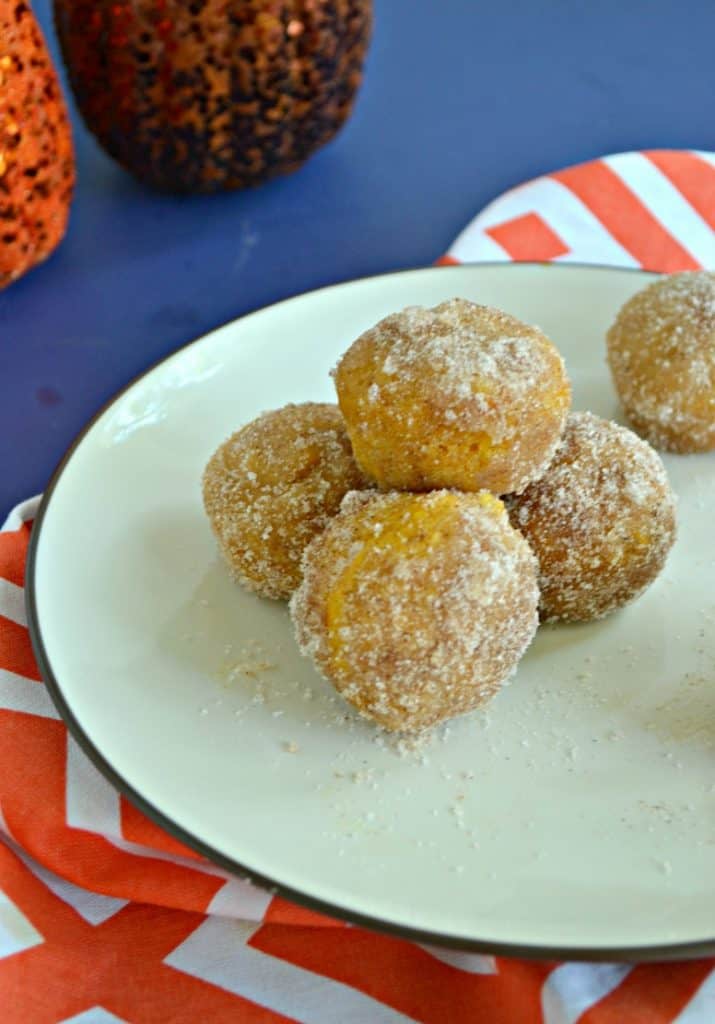 Pumpkin season is here, and we are celebrating our love of pumpkin with #PumpkinWeek hosted by Terri from Love and Confections and Christie from A Kitchen Hoor's Adventures. All week-long 26 bloggers will be sharing over 80 pumpkin-filled recipes for all your Autumn celebrations, including breakfasts, baked goods, savory pumpkin recipes, desserts, and drinks.